Miss Friday’s Lunar Eclipse? Here’s What it Looked Like. 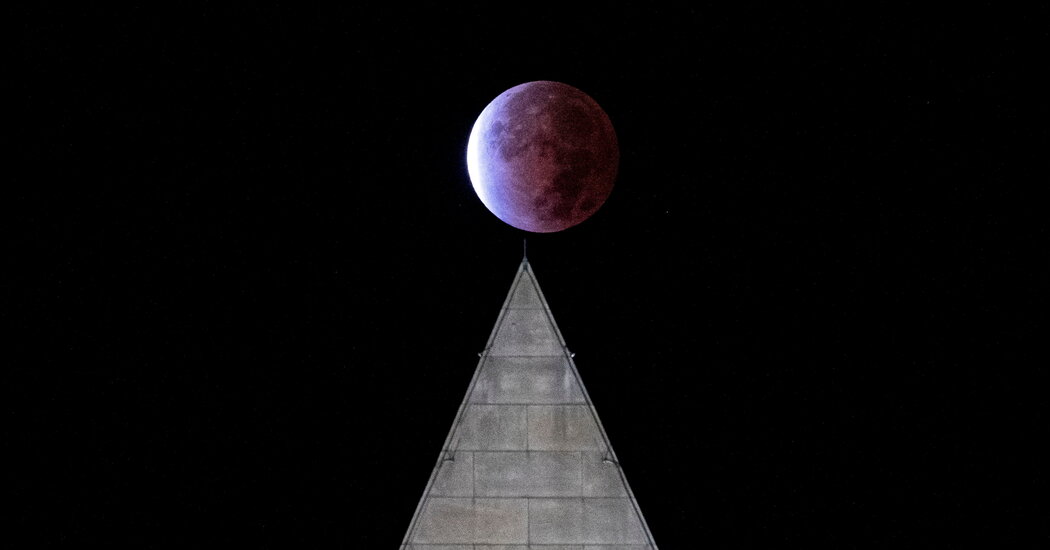 If you slept through the latest partial lunar eclipse, we cannot fault you.

The sun set at 4:35 p.m. Eastern time on Thursday, and a full, bright moon rose above New York City into mostly clear skies and a warm night. But a storm and plunging temperatures may have discouraged many viewers from rising at 4:03 a.m., when the eclipse reached its peak.

In other parts of the world, where the sky remained clear, however, many photographers stayed up late to capture the view. Their pictures caught the eclipse in its full — well, partial — splendor, with the moon tinged a rusty red.

A lunar eclipse occurs when Earth passes between the moon and the sun. The atmosphere acts as a filter on the sunlight, so the shadow that our planet casts on the moon resembles something like the light seen at sunset.

This eclipse was unusual because of its length; from start to finish, it lasted more than six hours. Other recent lunar eclipses have transpired more quickly because the moon was closer to Earth in its orbit. But the moon’s orbit is elliptical, and currently, it is near its maximum distance from us, so it took longer to pass through Earth’s shadow. The last partial eclipse of this duration occurred in the 1440s.

Another eclipse of this length won’t come around for many years, but there will be others to enjoy. A total lunar eclipse, visible to viewers on the East Coast, will occur on May 15.

You can sign up for The Times’s space and astronomy calendar for a reminder of that and other events. And as you wait, savor some pictures of last night’s encounter.