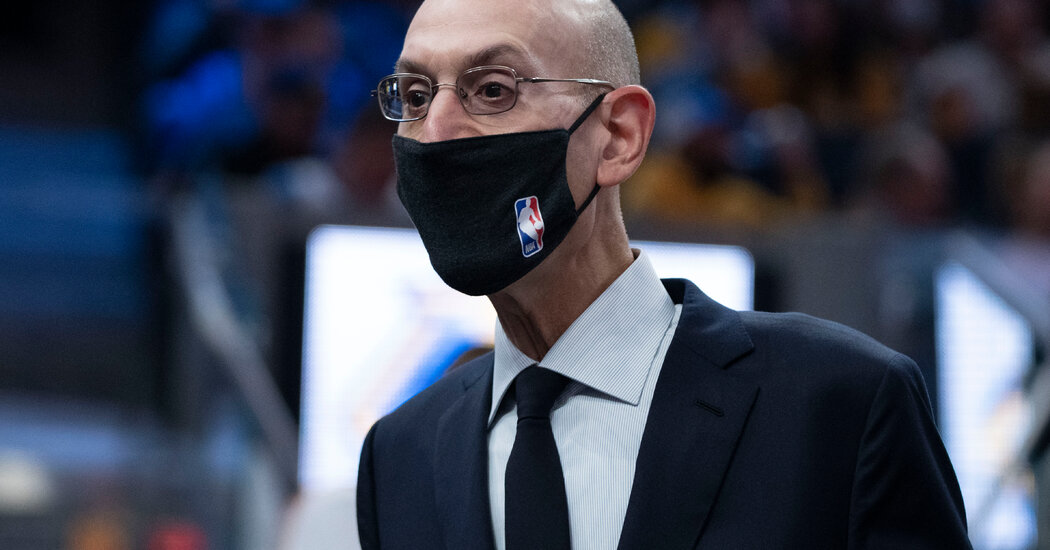 The only N.B.A. team that has reduced crowd sizes is the Toronto Raptors, who, because of restrictions in Ontario, have limited capacity to 50 percent.

European sports were facing similar disruptions. In England, where six of last weekend’s 10 Premier League games were postponed after virus outbreaks left teams short of players, league officials continued to reject calls from some clubs to cancel more matches, and a busy holiday season of matches remained in doubt.

In Scotland and Wales, government leaders announced that they would impose significant restrictions on fans in stadiums starting Sunday. Scottish sporting events will be “effectively spectator-free,” the country’s leader, Nicola Sturgeon, said, with crowds at outdoor events capped at 500 for as long as three weeks. In Wales, all sporting events will now be held behind closed doors for the same period.

Those kinds of crowd restrictions had been in place in parts of Germany for weeks. On Tuesday, though, Chancellor Olaf Scholz said Germany’s regional bans on spectators and crowds would go national starting next Tuesday as part of a set of strict new rules that will limit the size of New Year’s parties to 10 people, close bars and nightclubs, and empty the country’s soccer stadiums.

“This is not the time for parties and cozy evenings with lots of people,” Scholz said.

Britain’s conservative government, under fire from critics over its handling of the pandemic and from allies who reject the idea of new lockdowns, has shown little interest in closing stadium doors again ahead of a crowded holiday soccer schedule. And the Premier League appears to be following that lead.

“While recognizing a number of clubs are experiencing Covid-19 outbreaks and challenges,” the Premier League said after a meeting of its clubs on Monday, “it is the league’s collective intention to continue the current fixture schedule where safely possible.”

Coronavirus cases in the Premier League more than doubled last week, to 90 from 42, and officials revealed that only three-quarters of the league’s players had received two vaccine doses and that 16 percent were unvaccinated — a stark contrast from soccer leagues in Spain and Italy but also American leagues like the N.F.L., the N.B.A. and the N.H.L., which have generally reported vaccinated rates of 95 percent or higher.