Omicron Variant, in 20 Nations, Spread Earlier Than Was Known 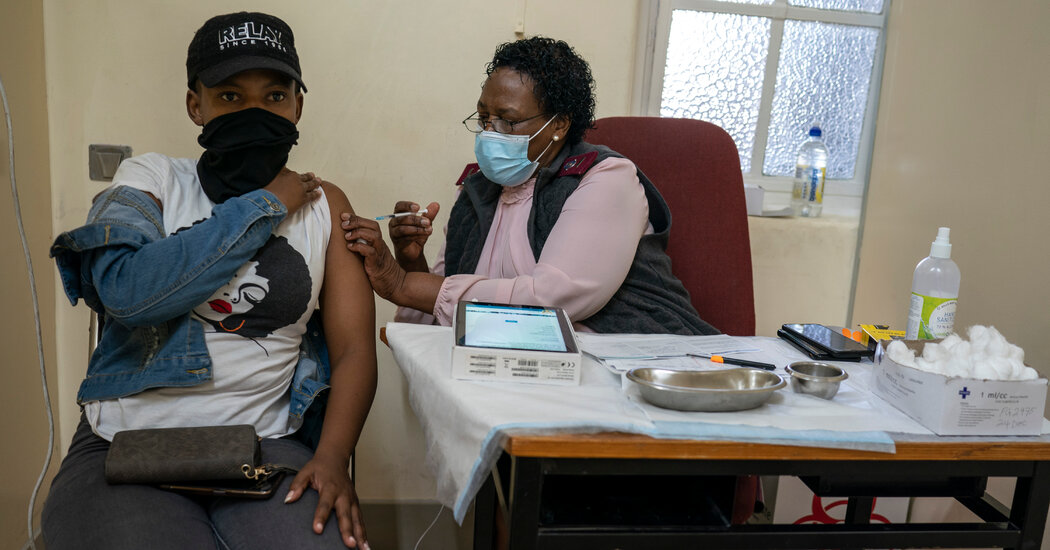 The heavily mutated new coronavirus variant was in Europe several days earlier than previously known, health officials said Tuesday, and the number of countries where it has been found increased to at least 20, raising questions about whether the pandemic is about to surge once again.

The Netherlands’ National Institute for Public Health and the Environment said that samples taken on Nov. 19 and Nov. 23 — before the Nov. 24 announcement of Omicron’s existence — tested positive for the variant. Health officials have notified the two infected people and are doing contact tracing to try to limit the spread.

Mutations in the Omicron variant strongly suggest that it is more contagious than previous forms of the virus, scientists say. They caution that they cannot be sure without more testing and data, but the evidence so far is sobering.

Late Tuesday night, the U.S. Centers for Disease Control and Prevention said it planned to toughen coronavirus testing and screening of people flying to the United States by requiring all international passengers to provide a negative result from a test taken within 24 hours of departure.

“C.D.C. is working to modify the current global testing order for travel as we learn more about the omicron variant,” said an agency spokesman, Jason McDonald.

The concern is that the current rules, which allow fully vaccinated people to take a test up to three days before departing on a flight to the United States, might not be stringent enough.

A day after warning that the risk from Omicron was “very high,” the World Health Organization on Tuesday said that unvaccinated people who are over age 60, are sick or have underlying health risks “should be advised to postpone travel.” In Greece, the prime minister announced that Covid vaccinations would be obligatory for people age 60 and older, and that those who failed to book a first shot by Jan. 16 would face fines.

In South Africa, where the variant was first announced and is already widespread, reported new coronavirus cases have rocketed from about 300 a day in mid-November to about 3,000 a day, the fastest rate of increase in the world. On two flights from South Africa to the Netherlands on Friday, just as a cascade of bans on travel from southern Africa were being announced, 61 passengers tested positive for the virus, at least 14 of them for Omicron.

In addition to the question of Omicron’s transmissibility, scientists still don’t have other answers the world is clamoring for: Are vaccines less effective against it? Are treatments? Does Omicron cause more serious illness?

Experts cautioned not to put too much stock in reports that the variant is causing only mild illness, because the data is still sparse. Early evidence from South Africa indicates that Omicron, more than previous variants, is infecting people who had already had Covid-19, but that, too, requires rigorous testing.

As of Tuesday evening, no Omicron cases had been reported in the United States, though the variant has been detected in Canada. U.S. officials say that it is just a matter of time, and that the goal should be to slow its spread.

Brazilian media reported Tuesday that the variant had turned up in Brazil, which would mean it is already on every continent but Antarctica.

The U.S. Centers for Disease Control and Prevention is sequencing the genomes of 80,000 coronavirus samples weekly — about one-seventh of all the positive P.C.R. lab tests in the country — and will step up checks on arriving international passengers, the agency’s director, Dr. Rochelle P. Wollensky, said at the White House.

The variant has a very large number of mutations not seen in combination before, about 50, including more than 30 on the “spike” protein it uses to latch onto host cells; the spike is the primary target of the vaccines. That high degree of mutation is behind the fears about Omicron, and the uncertainty over whether those fears are overblown.

Several times before, nations have relaxed their guard, thinking that the worst of the pandemic was behind them, only to be swamped by another wave — most recently the one caused by the highly contagious Delta variant.

Vaccine makers are already looking into reformulating their shots to address Omicron, a step that was not required for fighting Delta.

And Regeneron, maker of an effective, injected monoclonal antibody treatment for Covid, said Tuesday that its therapy might not work as well against Omicron. A U.S. Food and Drug Administration advisory panel on Tuesday recommended approval of an oral treatment to reduce the severity of Covid, made by Merck, and will soon consider another from Pfizer.

In previous waves of the pandemic, by the time the first cases of the virus or a particular variant were detected, in reality there were vastly more and it was already widespread.

But the world’s supply of vaccines has gone primarily to the wealthiest countries, where many people have now received three shots before the vast majority of Africans have had even one. As long as many people are unvaccinated, the pandemic will continue and new variants will emerge.

“Vaccine equity is not charity; it’s in every country’s best interests,” Dr. Tedros Adhanom Ghebreyesus, head of the W.H.O., said Monday at the start of a conference intended to produce an international treaty to coordinate disease response.

“The time has come for countries to agree on a common, binding approach to a common threat that we cannot fully control nor prevent,” he said.

Vaccine doses are in fact becoming more plentiful, but African countries still face challenges in distribution and overcoming vaccine hesitancy. South Africa recently turned away a shipment, unsure that it could use the doses in time.

The new variant was first found in Botswana on Nov. 11 and days later in neighboring South Africa, where its genome was sequenced by scientists who announced its existence two weeks later. Researchers in South Africa have found it in samples from as long ago as Nov. 9, and experts have said it was likely that further testing of old samples would show that it was circulating even earlier.

In Europe, the number of cases confirmed is small so far, under 100, but officials are bracing for more.

“Is there likely to be community transmission?” Sajid Javid, the British health secretary, said at a news conference. “I think we have to be realistic: There is likely to be, as we are seeing in other European countries. We would expect cases to rise as we now actively look for cases.”

The timing is dismal for a continent already gripped by the biggest pandemic wave yet, forcing governments to drastically scale back plans to remain open for the holidays.

European countries are reporting more than two million new coronavirus cases each week, more than half the world’s total, although with vaccinations and improved treatments, deaths have declined compared with a year ago. Germany, the Netherlands, Belgium, Hungary, the Czech Republic, Slovakia, Denmark and Norway all set records for new cases last week; several others hit new highs earlier in November.

Governments in the United States, Europe and elsewhere have barred entry by people — usually with the exception of their own residents — who have recently been in South Africa and several neighboring countries.

But the experience of the two flights that arrived in Amsterdam on Friday night from South Africa shows how late such measures might be.

With the travel ban taking effect, all the passengers were tested, and more than one in 10 had the virus; how many other infected travelers have gone undetected is anyone’s guess.

Not only did 14 of the passengers from South Africa have the Omicron variant — which was not yet known to the world when they took off — but they also had several different versions of it, the Dutch public health institute said.

“This means,” it said, “that the people were very probably infected independently from each other, from different sources and in different locations.”