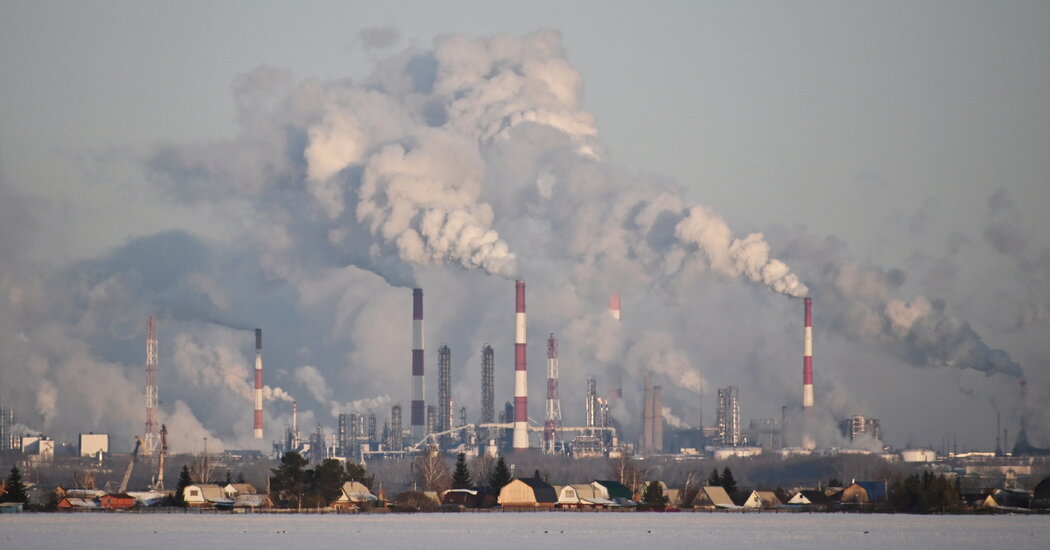 One thing is for certain when officials from OPEC, Russia and other oil-producing countries meet by teleconference on Thursday to decide how much oil to produce in January.

They will want to try to make sure that last Friday’s sudden, sharp collapse in oil prices — a drop of more than 10 percent within a few hours, set off by reports of a threatening new Covid-19 variant — does not become a rout.

“They will want to put some sort of floor under prices,” said Richard Bronze, head of geopolitics at Energy Aspects, a research firm.

But the producers group, known as OPEC Plus, also must worry about the implications of the announcement last week that the United States and several other nations, including China, will release tens of millions of barrels of oil from their stockpiles, with the goal of bringing down what the White House called “elevated gas prices at the pump.”

Analysts said this move, which could put a surge of oil on the market early next year, amounts to a kind of rebellion against OPEC Plus by its customers.

“That undermines a lot of OPEC’s ability to manage markets,” said Raad Alkadiri, managing director for energy and climate at Eurasia Group, a political risk firm.

The main question at the meeting will be whether the group proceeds with a plan to increase production in January by 400,000 barrels a day, part of a gradual buildup of supplies as economies around the world revive after pandemic lockdowns. But with the uncertainty over the new Omicron variant and how to respond to President Biden’s release of oil reserves, there is no clear indication which way the oil ministers will go.

Mr. Bronze said oil officials and, particularly, those representing Saudi Arabia, which leads the group, were fearful of what he called “volatility on the downside” — the chance that prices could keep sliding after Friday’s tumble.

Analysts say the oil officials will be mindful of the severe price crashes that occurred in the early months of the pandemic in 2020, when some futures prices fell into negative territory, and in 2014, after Saudi Arabia temporarily walked away from trying to manage the markets.

OPEC Plus has helped orchestrate a price rise of more than 50 percent this year through careful supply management, and its members will not want those gains to slip away.

Mr. Bronze and other analysts say those worries may lead OPEC Plus to pause for a month or more the program to increase supplies each month. It could even decide to cut production, although that option seems unlikely.

Because it’s too early to know what impact the Omicron variant may have on the world economy, the easiest move may be to stick with the agreed-upon plan and wait until the group’s next meeting, in January.

Maintaining the planned increase would probably ease friction with the Biden administration, which orchestrated the release of oil stocks from the United States Strategic Petroleum Reserve in conjunction with smaller moves by other large oil consumers.

The role of crude oil production. Gas prices have gone up in part because of fluctuations in supply and demand. Demand for oil fell early in the pandemic, so oil-producing nations cut production. But over the past year, demand for oil recovered far faster than production was restored, driving prices up.

Additional factors at play. The price of crude oil is only one element driving up gas prices. Compliance with renewable-fuel standards can contribute to the cost, the price of ethanol has increased, and labor shortages in the trucking industry have made it more expensive to deliver gas.

A global energy crunch. Other types of fuels, including natural gas and coal, are also growing more expensive. Natural gas prices have shot up more than 150 percent in recent months, threatening to raise prices of food, chemicals, plastic goods and heat this winter.

It would “keep the White House content and stave off” an additional release of reserves, Helima Croft, an analyst at RBC Capital Markets, said in a note to clients. The Biden administration has signaled that another reserve release is possible if this one does not accomplish its goals.

Coupled with the impact of the new variant, prices are now down about 15 percent since late October, probably accomplishing much of what the White House wanted.

Over time, the strategic reserve releases could be a more worrying development than Omicron for OPEC Plus. Previous coordinated releases have been rare events, in response to disruptions in supply. The last came in 2011 when civil strife in Libya disrupted oil supplies from that country.

This release, though, is, in effect, a protest over what oil-consuming nations perceive as excessively rapid price increases, at least partly because of artificial constraints on supplies by the Organization of the Petroleum Exporting Countries and its allies.

“This is a complaint about prices that are ‘regulated’ by OPEC countries,” Edward L. Morse, global head of commodities strategy at Citigroup, said in a video message to clients.

What OPEC can do about this development, though, remains to be seen.

Mr. Morse and others say moves that once seemed unusual may become more commonplace as the world shifts away from dependence on oil to electric vehicles, for instance — perhaps with new momentum imparted by the recent climate summit in Glasgow.

While countries like Saudi Arabia and the United Arab Emirates need healthy oil revenues to fund the diversification of their economies away from oil to other forms of energy, high prices also encourage switching away from oil, weakening demand over time.

“OPEC and the Saudis used to be able to manipulate the market with confidence in oil’s monopoly grip on transport,” said Jim Krane, an energy fellow at Rice University’s Baker Institute. “Now we’re seeing substitutes emerging at the margins. Confidence in oil’s longevity is slipping.”