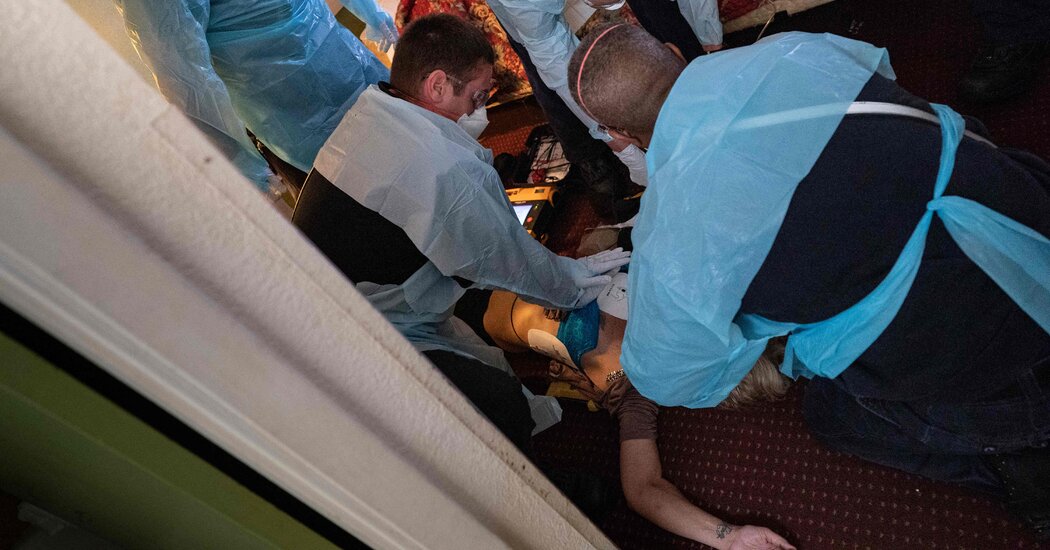 While some drug users seek out fentanyl, Dr. Volkow said, others “may not have wanted to take it. But that is what is being sold, and the risk of overdose is very high.”

“Many people are dying without knowing what they are ingesting,” she added.

People struggling with addiction and those in recovery are prone to relapse, Dr. Volkow noted. The initial pandemic lockdowns and subsequent fraying of social networks, along with the rise in mental health disorders like anxiety and depression, helped create the crisis.

So, too, did the postponement of treatment for substance abuse disorders, as health care providers nationwide struggled to tend to huge numbers of coronavirus patients and postponed other services.

Dr. Joseph Lee, president and chief executive of the Hazelden Betty Ford Foundation, said that community and social support that was lost during the pandemic, along with the closing of schools, contributed to the death toll. “We’re seeing a lot of people who delayed getting help, and who seem to be more sick,” Dr. Lee said.

The vast majority of these deaths, about 70 percent, were among men between the ages of 25 and 54. And while the opioid crisis has been characterized as one primarily impacting white Americans, a growing number of Black Americans have been affected as well.

There were regional variations in the death counts, with the largest year-over-year increases — exceeding 50 percent — in California, Tennessee, Louisiana, Mississippi, West Virginia and Kentucky. Vermont’s toll was small, but increased by 85 percent during the reporting period.