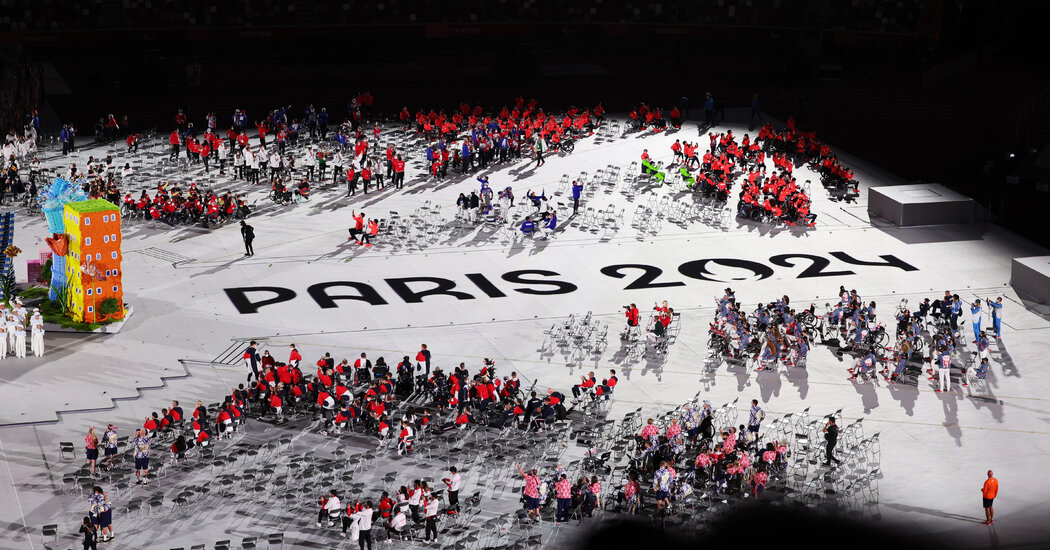 Organizers of the Paris Games on Monday approved a plan to hold the opening ceremony of the 2024 Summer Games in the middle of the city instead of in a stadium, an unusual and symbolic shift to openness and accessibility after what is likely to be two consecutive Olympics largely closed to the public.

Paris 2024, the organizing committee for the next Summer Games, said it planned to send more than 10,000 Olympians down the Seine in a parade of some 160 boats instead of having a traditional march into the Olympic Stadium. The journey would end at the Eiffel Tower, and the celebration would occur in a plaza across the river from the landmark.

“We wanted to imagine a new way and a new model,” Tony Estanguet, the three-time Olympic gold medalist in canoe slalom who leads the Paris organizing effort, said in an interview ahead of the announcement. “For France, it was so important for the future of the Games to have this model.”

The announcement, less than two months before Olympic organizers in China will hold an opening ceremony closed to foreign visitors, appeared to be an effort to signal bright prospects for the Games after the coronavirus pandemic disrupted the 2020 Tokyo Olympics and Paralympics and the 2022 Winter Olympics, which open Feb. 4 in Beijing, with the Paralympics to follow on March 4.

But the timing also highlighted France’s efforts to have it both ways on the Beijing Games: with Paris 2024 organizers (and the International Olympic Committee) pledging a rosy future at the same time France’s government, like the I.O.C., has resisted calls to criticize China over human rights concerns.

After earlier criticisms of its actions in Tibet and Hong Kong and its crackdown on Uyghurs and other Muslims in Xinjiang, China most recently has faced calls for boycotts of the Games over its treatment of the tennis player Peng Shuai, a three-time Olympian who has largely disappeared from public view since accusing a former top Communist Party official of sexual assault.

Unlike a handful of Western nations that have announced diplomatic boycotts to protest China’s human rights record, France’s government has chosen not to announce a similar shunning of the Olympics in February.

Estanguet, who plans to attend the Olympics in February to observe, learn and meet with international sports officials, said he was personally opposed to any kind of a boycott or efforts that might put athletes in the middle of geopolitics. He said it was not his place to comment on China’s treatment of Peng, calling it a complex matter.

“Why are you requesting sport to be the ones in charge of these kinds of issues?” he said.

In taking the position that sports and politics should not mix, Estanguet’s views mirror those of the I.O.C., which has for years faced criticism for its unwillingness to challenge China, a major partner in the Olympic movement. Beijing hosted the Summer Games in 2008 and has invested billions to host the 2022 Winter Games after several European candidates dropped out of the competition.

The Biden administration and the governments of several other Western democracies have announced in recent weeks that they will not send any government officials, which governments traditionally do as a sign of respect for the host nation, to Beijing. The diplomatic boycott does not extend to American athletes, who will participate as planned.

Jen Psaki, the White House press secretary, said administration officials did not believe it was appropriate to send a delegation amid what it said were “genocide and crimes against humanity” carried out by China’s government.

“We will not be contributing to the fanfare of the Games,” Psaki said.

Canada, Britain and Australia have said they will join the diplomatic boycott. Lithuania has also said it will not send a diplomatic delegation. But France, notably, has not done the same.

On Thursday, Jean-Michel Blanquer, France’s education minister, said the country would not be a part of the boycott, arguing that sports should be separate from political interference. France’s foreign minister, Jean-Yves Le Drian, was less definitive, calling instead for a joint response from the European Union on the issue, which discussed the matter at a meeting of foreign diplomats on Monday.

For the I.O.C., the Beijing Games will be the second Olympics in seven months to be marred by calls for the competition not to take place. In July and August, Tokyo staged the Summer Olympics amid surging coronavirus infection rates, and as opinion polls consistently showed that more than 80 percent of Japanese citizens wanted the Games postponed or canceled. Nearly all competitions took place without domestic fans or foreign visitors.

Estanguet and other Paris organizers are pitching a different Olympic story. He spoke of staging the most accessible Olympics ever in 2024, with a half-million people able to watch the boat parade during the opening ceremony. (He said multiple law enforcement agencies and the French military would ensure security at the event, a sprawling, extended procession that raises serious safety issues for fans and athletes alike.)

In another proposed effort at openness, Estanguet said thousands of runners would be allowed to run the Olympic marathon course after the Olympians started, in what is being called the Marathon Pour Tous, or Marathon for All. Also, competitions will take place throughout Paris at some of the city’s landmarks.

He said his organization needed to announce its plan for the opening ceremony now to build support and begin planning for it.

“We need big celebrations and big moments for people all around the world to celebrate,” he said.