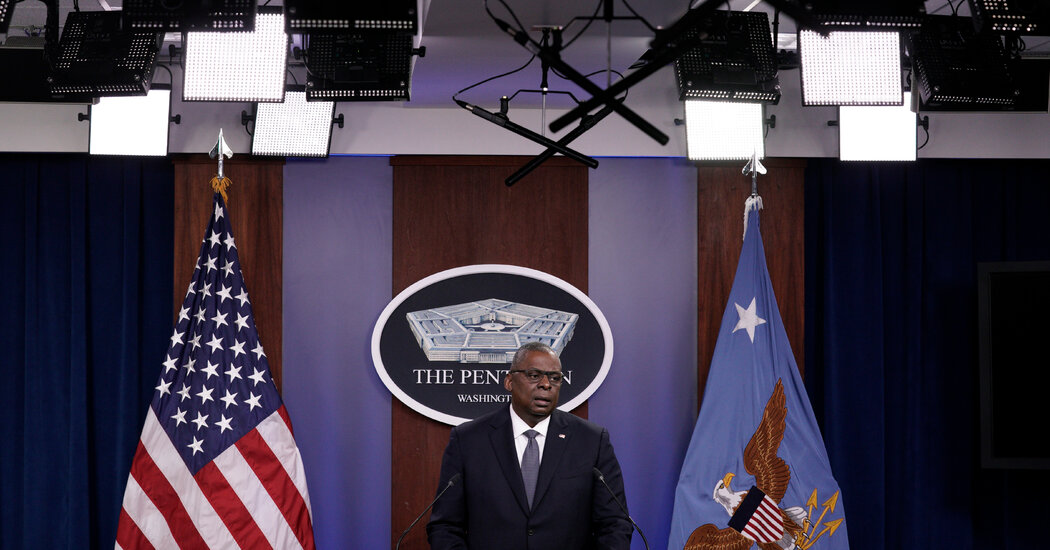 But officials at Central Command did not follow up and failed to remind a subordinate military headquarters in Baghdad to do so, in what Capt. Bill Urban, a Central Command spokesman, described as “an administrative oversight.” As a result, senior military officials in Iraq and Florida never reviewed the strike, and the investigation technically remained open until the Times investigation.

Mr. Austin, who became defense secretary this year, received a classified briefing this month about the strike and the military’s handling of it from General McKenzie, who oversaw the air war in Syria.

In an email to the Senate Armed Services Committee this spring, the legal officer who witnessed the strike warned that “senior ranking U.S. military officials intentionally and systematically circumvented the deliberate strike process,” and that there was a good chance that “the highest levels of government remained unaware of what was happening on the ground.”

The Times investigation found that the bombing by Air Force F-15E attack jets had been called in by Task Force 9, a unit largely made up of the U.S. Army’s elite Delta Force. The task force was in charge of ground operations in Syria, working closely with Syrian Kurdish and Arab militia. Military personnel who spoke to The Times said the secretive task force circumvented oversight by claiming that a vast majority of its strikes required immediate action to protect allied troops from imminent threat. Often, military officers said, no such threat was present.

After The Times sent its findings to U.S. Central Command, the command acknowledged the attack for the first time. It said in a statement that the 80 deaths were justified because the task force had launched a self-defense strike against a group of fighters who were an imminent threat to allied forces on the ground.

Central Command told The Times that the strike had included three guided bombs: a 500-pound bomb that hit the initial group and two 2,000-pound bombs that targeted people fleeing the initial blast. The command later corrected itself, saying all three bombs were 500-pound munitions.