‘Prayers for the Stolen’ Review: Coming of Age Among the Poppies 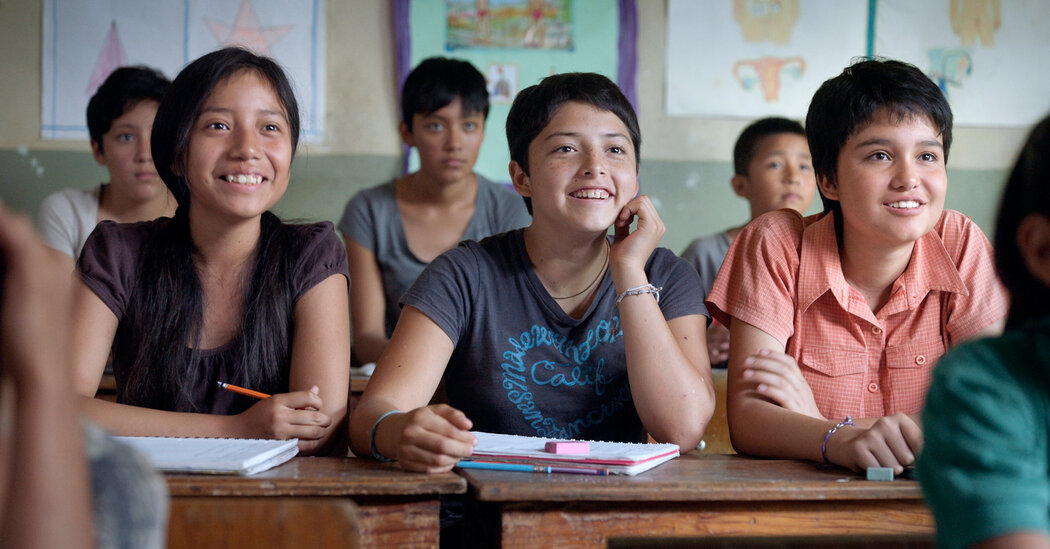 In “Prayers for the Stolen,” the first narrative feature by the Mexican-Salvadoran documentarian Tatiana Huezo, young 8-year-old girls weep as their mothers chop off their long tresses under the pretext of preventing head lice. In reality, their boyish haircuts are meant to disguise their true genders from the cartel members who terrorize their rural Mexican town.

Soon the girls will grow hardened to the reality that plagues the sparkling and verdant highlands surrounding their remote village. These criminals kidnap, sexually assault and often leave for dead any girls they can get their hands on.

Loosely based on Jennifer Clement’s 2014 novel of the same name, “Prayers for the Stolen” is on the one hand a meandering coming-of-age film, sensitively charting the evolution of Ana and her two girlfriends, Paula and Maria. The girls covertly apply makeup behind their mothers’ backs, fantasize about their schoolteachers and eventually embark on small flirtations of their own. But violence circumscribes their every whim.

The threat posed by the cartel, which runs a poppy harvesting operation using the townspeople’s cheap labor, undermines any sense of normality. Black SUVs can come charging from across the valley without warning, forcing the girls into hiding, and helicopters spraying toxic pesticides to preserve the opium-producing crop often invade during playtime.

A leap forward in time turns the girls into young women. A new set of older actresses steps in to play the girls at 13, and their masculine hairdos aren’t fooling anyone.

The film swings back and forth from scenes of pastoral bliss to brutality, generating a narrative that, while unfocused, is nevertheless anchored by the tender and wounded performances by its adolescent cast.

In the end, tragedy arrives abruptly, an unsurprising turn given the unchanging circumstances, yet one that imparts a girl with a sudden awakening to the monumental bleakness of her fate.

Prayers for the Stolen
Rated R. In Spanish, with subtitles. Running time: 1 hour 50 minutes. In theaters and on Netflix.