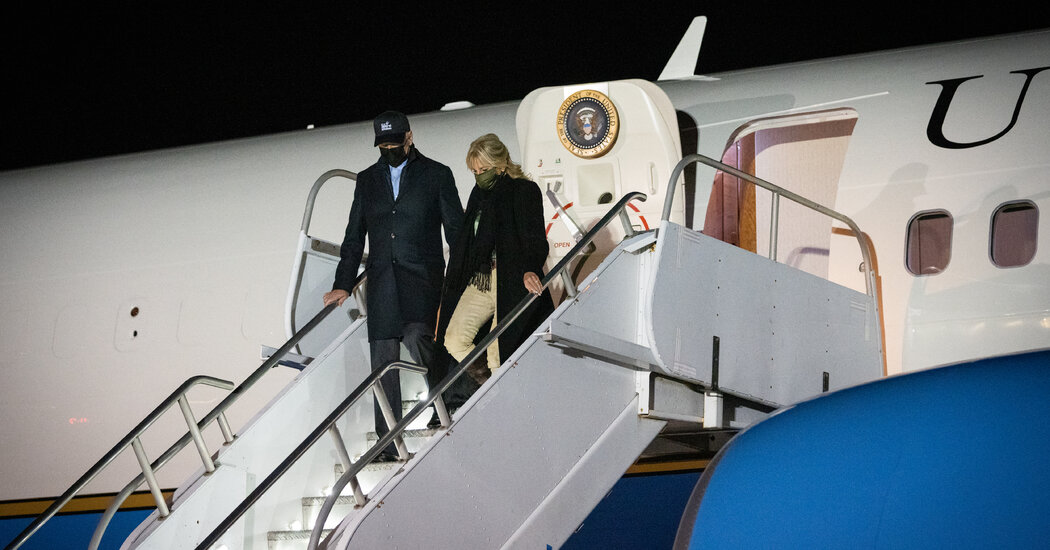 But with his new job, Mr. Biden brings a dizzying array of security personnel, members of the media and White House officials, not to mention a parade of family members: his children, Ashley and Hunter; Hunter’s wife, Melissa; grandchildren Naomi, Finnegan, Maisy, Natalie, Hunter Biden II and Beau; and Naomi’s fiancé, Peter Neal.

“There’s a little bit of excitement,” said Noah Karberg, the assistant manager of Nantucket Memorial Airport. He noted that the island has welcomed former secretary of state John Kerry and former vice president Mike Pence. Still, he has asked his staff to stay a little later than usual for the arrival of Air Force One on Tuesday night.

“We get to handle a really big aircraft,” he said.

Rep. William Keating, Democrat of Massachusetts, said his phone line has been inundated with calls from residents describing the additional security presence on the island.

“These are people who are used to famous people coming and going,” said Mr. Keating, who represents Nantucket as well as Martha’s Vineyard, where the Obamas own a home. “But I guess it’s just the entourage.”

The Bidens took a break from Thanksgiving in Nantucket in 2015, just six months after Beau died of brain cancer at age 46. They went to Rome that year instead. The family has returned to the island occasionally since then, but did not spend Thanksgiving on the island in 2019 because of the travel commitments of Mr. Biden’s presidential campaign. Last year, they stayed in Rehoboth, Del., because of concerns about the pandemic.

“People missed him, but mostly it was sympathy,” Mr. Fritsch said.

One thing the president will not be able to escape during his holiday getaway are reminders of the labor shortages that have hit employers nationwide, including the local Faregrounds Restaurant & Pudley’s Pub, where patrons are welcomed with a sign warning of potential delays.