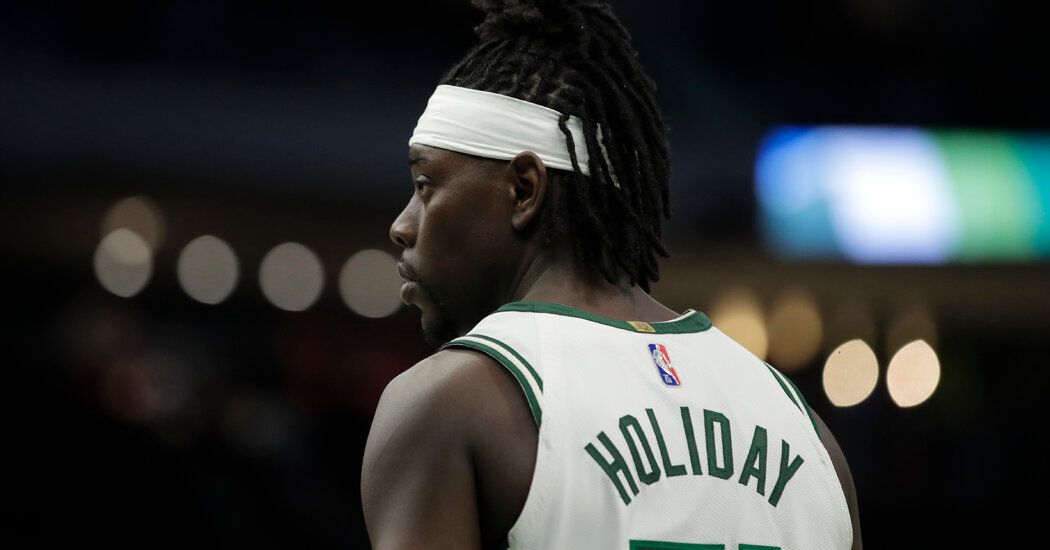 FINRA cases are typically confidential, and documents are not publicly available. Aidikoff, citing pending litigation, declined to make his clients available for interviews to elaborate on their cases. Still, the fact that the athletes wanted to go public underscores their determination to “ensure it doesn’t happen to someone else,” Parsons said, and to encourage other possible victims to come forward.

Lee said in a statement that he believed Morgan Stanley would put his interests first because it had been around for many years. “I was wrong,” he said.

The Holidays, who have been active philanthropists, said: “We are all susceptible to being exploited by people like Darryl Cohen. We are disappointed that a company as well known as Morgan Stanley would enable someone like Mr. Cohen to be in a position that allowed him to move money out of our accounts the way that he did.”

There is no shortage of stories about prominent athletes being duped or getting entangled in risky financial schemes. An Ernst & Young report last year found that professional athletes reported almost $600 million in fraud-related losses from 2004 to 2019. The “incidence of fraud in sports is trending in the wrong direction,” the report said.

But Parsons, Lee and the Holidays are different, Aidikoff said, because they simply did what many ordinary investors often do: They relied on a big-name brokerage to make low-risk, long-term decisions.

Jrue Holiday, 31, won an N.B.A. title with the Milwaukee Bucks and an Olympic gold medal with the U.S. basketball team in Tokyo last year. He signed a four-year extension in April 2021 for $134 million. He met his wife, then Lauren Cheney, while they were at U.C.L.A., and her soccer career led to endorsement deals with Under Armour and Chobani.

Parsons, 33, a sharpshooter whose best seasons came with the Houston Rockets and Dallas Mavericks, retired in January, two years after he was seriously injured in a car accident caused by a drunken driver. His last contract, signed in 2016, was a four-year deal worth $94 million, and he has been active in Los Angeles real estate.