‘Red Rocket’ Review: All My XXX’s Live in Texas 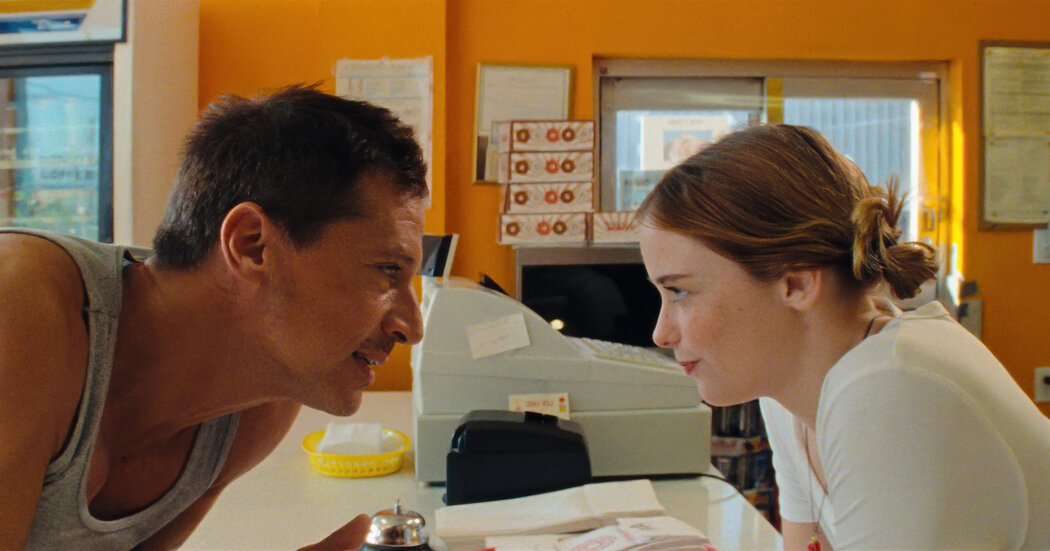 The people he meets in the movie are similarly divided. (The mostly nonprofessional actors are good sports and decent company.) There are some who do business with him, some who have sex with him, and some who punch him, kick him, threaten him with murder or force him to run naked through the nighttime streets. These are not mutually exclusive categories.

It’s not a great place to be. In his previous movies, Baker has observed strivers and dreamers on the margins of respectability with an eye that could be prurient and skeptical, but also compassionate. The aspiring actresses in “Starlet,” the transgender hustlers in “Tangerine,” the half-feral children of “The Florida Project” — all of them are exposed to danger and humiliation. The movies, though, find dignity in the most abject circumstances, and bathe their characters in sometimes surprising warmth.

“Red Rocket,” the nonjudgmental portrait of a narcissistic predator, is a rougher piece of work. It’s funny and abrasive, but also coy and, in the end, a bit tedious. The vivid sense of place — you can’t fake Texas City — is embellished with a specific time stamp. Mikey’s misadventures take place in the summer of 2016, as Hillary Clinton and Donald Trump accept the nominations of their parties and square off for November.

Nobody in the movie talks about politics, but the candidates’ voices and images leak from radios and television sets, creating a hazy aura of relevance. Maybe we’re supposed to see affinities between Mikey and the eventual winner — to ponder once again how some men get away with so much, and sort through our possible reactions of envy, admiration or disgust.

Or maybe Mikey just isn’t that interesting. He may have made a name for himself via three-minute clips on the internet, but more than two hours in his company is a lot to endure.