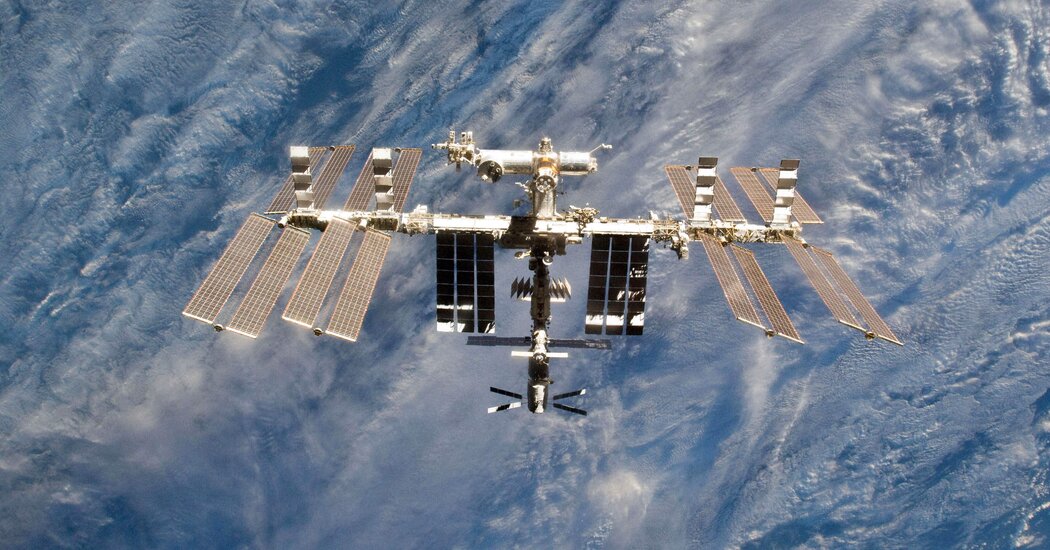 Russia carried out an antisatellite missile test on Monday, obliterating one of its own satellites in orbit. The test created a vast cloud of debris that continues to orbit Earth, and some of the material loomed dangerously close to the International Space Station, forcing astronauts to take shelter for hours in a pair of spacecraft capable of returning them to Earth.

Secretary of State Antony J. Blinken in a statement on Monday described the missile strike as “recklessly conducted.”

“The test has so far generated over 1,500 pieces of trackable orbital debris, and will likely generate hundreds of thousands of pieces of smaller orbital debris,” he added. The U.S. Space Command said in a statement that the “debris will remain in orbit for years and potentially for decades, posing a significant risk to the crew on the International Space Station and other human spaceflight activities.”

“This is pitiful that the Russians would do this,” Bill Nelson, NASA’s administrator, said in an interview. He said NASA officials have talked to Russia’s space agency, Roscosmos, about the antisatellite test. Mr. Nelson said the NASA official who oversees the space station, Joel Montalbano, as well as NASA’s third highest-ranking official, Bob Cabana, are in Moscow and plan to discuss the test with their Russian counterparts tomorrow.

Russian military officials did not reply to requests for comment about the weapon test. But it occurred at a moment when military tensions between Russia and the United States have grown. Last Wednesday, the State Department said Russia was building up troops on its border with Ukraine. Mr. Blinken said that aggressive actions on the border “would be of great concern to the United States.”

NASA and Roscosmos, which jointly manage the space station and protect the astronauts inside, have largely been insulated from the military tensions between Washington and Moscow. But those two geopolitical spheres clashed after Monday’s weapon test.

Mr. Nelson said he had “reason to believe” that Roscosmos officials were not aware that Russia’s Ministry of Defense had been planning to launch an antisatellite missile.

“And had any of those known about it, they should’ve been raising Cain, because of the threats to the astronauts and cosmonauts on the space station,” he said.

Russian authorities filed airspace notices on Monday warning airplanes to avoid the Plesetsk launch site roughly 650 miles north of Moscow. It is the same location where an earlier Russian antisatellite missile lifted off in December 2020, though that test did not strike any target. The notifications on Monday indicated a launch was to occur early Monday morning, around the same time that an old Russian surveillance satellite was poised to pass over the area.

The missile struck the satellite, named Cosmos 1408, blowing it to pieces.

At about the same time, NASA astronauts on the space station were abruptly awakened by a mission control official in Houston who instructed the astronauts to take shelter in their spacecraft.

“Hey Mark, good morning, sorry for the early call,” said a NASA official in Houston, speaking to Mark Vande Hei, one of four NASA astronauts currently on the space station. “We were recently informed of a satellite breakup and need to have you guys start reviewing the safe haven procedure.”

During Monday’s event, astronauts closed various hatches between compartments on the station and boarded spacecraft docked with the orbital outpost that could return them to Earth in the event of an accident. There are currently two spacecraft — a SpaceX Crew Dragon capsule and a Russian Soyuz capsule — capable of entering Earth’s atmosphere and carrying crews to the surface.

Raja Chari, the commander of a NASA mission that brought four astronauts to the space station last week, boarded the Crew Dragon spacecraft and powered it on in case it needed to undock.

The astronauts remained in the capsules for about two hours, from shortly before 2 a.m. to about 4 a.m. Soon after the reports of the test emerged, Roscosmos said the space station was “in the green zone” and safe from what it described as “the object.” A spokesman for the agency declined to elaborate and deferred to Russia’s Ministry of Defense.

Antisatellite tests spawn clouds of debris that can remain in space for decades. Russia’s strike on Monday created the largest new field of space junk since 2007, when China launched a missile at one of its old weather satellites. That weapon test created a swarm of roughly 2,300 pieces of debris.

The NASA administrator at the time, Jim Bridenstine, said that the Indian test put the space station at risk. And just last week, NASA and Russian officials were forced to move the International Space Station’s position in orbit to dodge a piece of debris from the 2007 Chinese test.

But weapon tests are not the only source of debris in space. Aging satellites that are not properly removed from orbit have added to the world’s space junk ills. Experts also worry about the risks posed by private companies, many of which are based in the United States, that plan to launch thousands of satellites that would beam high-speed internet service down to Earth.

U.S. military officials have increased their footprint in space in recent years as competition in low-Earth orbit builds between Washington, Russia and China, including by creating the U.S. Space Force as a separate branch of the armed forces. The Pentagon has long criticized Russia over its space activities, which have included moving satellites too close to U.S. spy satellites and launching satellites that hatch smaller, maneuverable spacecraft without warning.

Some of the astronauts aboard the space station seemed to take the day’s events in stride. Mr. Vande Hei, who has been in orbit since April, thanked NASA’s mission control in Houston “for a crazy but well-coordinated day” after the crews left their lifeboats.

“It was certainly a great way to bond with the crew,” he said.