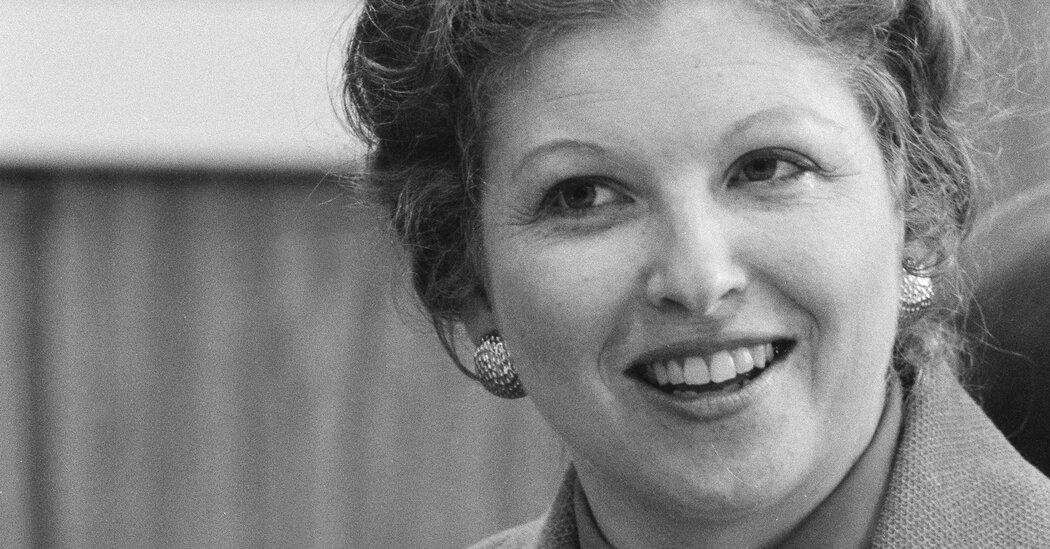 Sarah Weddington, the young Texas lawyer whose successful arguments before the Supreme Court in the landmark Roe v. Wade case led to the legalization of abortion throughout the United States, died on Sunday at her home in Austin. She was 76.

Rebecca Seawright, a former assistant to Ms. Weddington and a member of the New York State Assembly, said that she had been in declining health but that the cause of her death had yet to be determined.

Ms. Weddington was 26 and had never tried a legal case when she and Linda Coffee, her co-counsel, went before the Supreme Court in 1971. Their legal battle culminated on Jan. 22, 1973, when the court ruled in one of the most consequential decisions in American history that a Texas state law banning abortions except to save the woman’s life was unconstitutional.

Polls show that Americans are more familiar with Roe than with almost any other Supreme Court decision. That shouldn’t be surprising; it has been at the center of political debate for decades and now faces its most serious challenge, with the court seemingly poised to uphold a Mississippi law that could essentially roll back Roe.

Ms. Weddington and Ms. Coffee were recent graduates of the University of Texas School of Law in Austin. In the late 1960s, Ms. Weddington was friends with several women in Austin who were actively referring university students and others to doctors in the United States who would perform abortions illegally, and to other countries where abortions were legal.

At one point, the women asked Ms. Weddington if they could be prosecuted as accomplices. She said she didn’t know — until that point, the only legal cases she had handled were uncontested divorces, wills for people with no money and an adoption for her uncle. But she was willing to research the matter for free.

She phoned Ms. Coffee, who was practicing law in Dallas and had more experience, having clerked for Sarah T. Hughes, a well-known federal district judge. At the time, Ms. Coffee was working with a homeless pregnant woman named Norma McCorvey, who was seeking an abortion. In December 1969, Ms. Coffee sent Ms. Weddington a letter asking if she wanted to join forces and represent Ms. McCorvey in a challenge to the Texas law banning abortions.

“Would you consider being co-counsel in the event that a suit is actually filed?” Ms. Coffee wrote. “I have always found that it is a great deal more fun to work with someone on a lawsuit of this nature.”

In February 1970, the two met with Ms. McCorvey at a pizza shop in Dallas and persuaded her to sign on as an anonymous plaintiff, Jane Roe. Ms. Coffee prepared the legal brief, which became a class-action suit, against Henry Wade, the district attorney for Dallas County. Both Ms. Coffee and Ms. Weddington argued the case in Federal District Court and won.

“Weddington enjoyed the public stage as much as Coffee disliked it,” Joshua Prager, a journalist, wrote in Vanity Fair in 2017. “Moreover, despite her brilliance, Coffee could come across as bedraggled. And optics mattered. ‘She was younger than I was,’ Coffee said of Weddington. ‘She was blond, blue-eyed.’”

Jay Floyd, who was representing Texas, opened his argument with what commentators have called the “worst joke in legal history.” “It’s an old joke,” Mr. Floyd told the court, “but when a man argues against two beautiful ladies like this, they are going to have the last word.”

As it happened, only seven of the nine justices heard the arguments that day — two others had retired and had not yet been replaced. The justices then decided that the case should be reargued before the full court. All justices were sitting when Ms. Weddington came back on Oct. 11, 1972, and reargued the case.

Their 7-2 decision held that Texas had violated Roe’s constitutional right to privacy as outlined in the First, Fourth, Ninth and Fourteenth Amendments.

The decision was widely praised at the time. But with the rise of the religious right a few years later, abortion became a volcanic political issue, and it remains one of the most divisive in American society. Ms. Weddington received death threats and often traveled with security.

During her last year of law school, she had an abortion, which she disclosed in her 1992 book, “A Question of Choice.” She and her boyfriend, Ron Weddington, who would become her husband in 1968, drove to Mexico, where she said she had a safe abortion. But she was well aware of the grim experiences of other women.

“Some had beaten their own abdomens or jumped down stairs to try to induce an abortion,” she wrote in Texas Monthly in 2003. “Others had eaten mixtures of chemicals and cleaning products.”

She and Mr. Weddington, who was also a lawyer, set up a law practice in Austin. They divorced in 1974. Her brother, John Ragle, is her sole immediate survivor.

While waiting in 1972 for the Supreme Court to hand down its decision in Roe v. Wade, Ms. Weddington ran for and won a seat in the Texas House. With Ann Richards, the future governor of Texas, as one of her legislative aides, she pushed through several bills regarding women’s rights, including one that increased the statute of limitations on reporting rape from two to three years, and also barred the questioning of a rape victim about her prior sex life.

A 1975 article in Texas Monthly said that Ms. Weddington might be “the hardest-working member of the House” and named her one of the 10 best legislators in the state. It said she had won the respect of old-school male legislators — but also that her feminist principles sometimes led her into hopeless battles.

She had served slightly more than two terms when she went to Washington as general counsel of the Department of Agriculture in 1977.

From 1978 until 1981, she served as an assistant on women’s issues to President Jimmy Carter. Mr. Carter opposed federal funding for abortions, which Ms. Weddington supported, but she said publicly that she would not make an issue of their differences.

Some feminists believed she had compromised herself, The New York Times reported in 1978. But she made it up to them when, a little more than a month after taking office, she masterminded the Senate’s approval of extending the deadline for states to ratify the Equal Rights Amendment.

After Mr. Carter’s defeat in the 1980 election, Ms. Weddington stayed in Washington and served as the first female director of the Texas Office of State-Federal Relations. Moving back to Texas in 1985, she became a motivational speaker and addressed audiences across the country. She lectured at Texas Woman’s University, where she later became an adjunct professor in the department of history and government, and taught classes in gender-based discrimination and leadership at the University of Texas.

She continued to travel, including to Albany, N.Y., when Gov. Andrew Cuomo signed a measure in 2019 to strengthen state protections for abortion rights in the face of increasing threats to Roe v. Wade.

With the continual assaults against Roe, the law’s fate was in the forefront of her mind, and she saw her own legacy as inextricable from it.

“I am sure when my obituary is written, the lead paragraph will be about Roe v. Wade,” she wrote in Texas Monthly in 2003.

“I thought, over a period of time, that the right of a woman to make a decision about what she would do in a particular pregnancy would be accepted,” she added, “that by this time, the 30th anniversary of Roe v. Wade, the controversy over abortion would have gradually faded away like the closing scenes of a movie and we could go on to other issues.