See the Real Live Man Who Grew Up in a Carnival 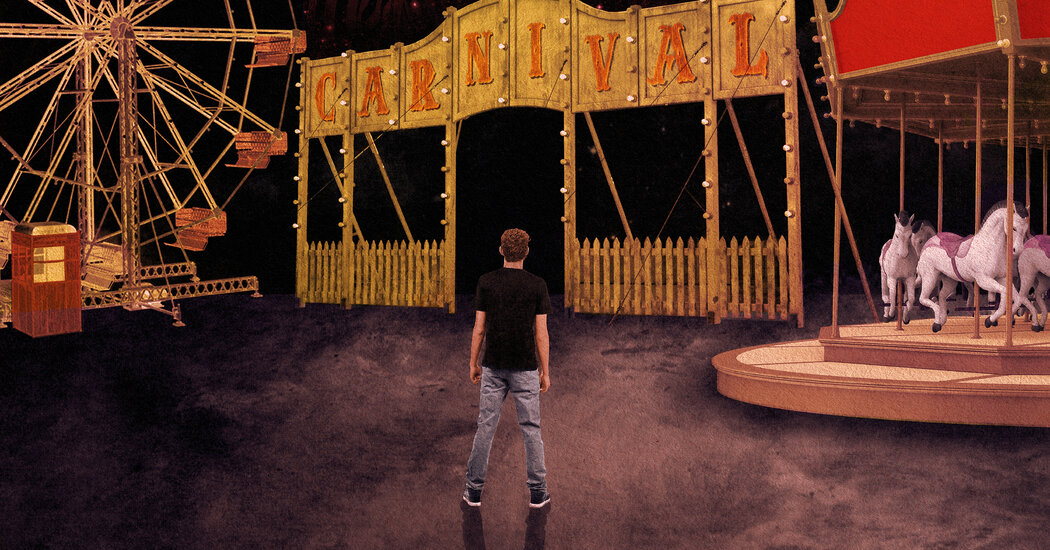 The same was true for me. Outside the carnival — in Montana, where we lived in the off-season, and I went to school — I was an effeminate boy with a big perm (don’t ask) who hated sports and adored Whitney Houston. “Is it a boy or is it a girl?” a school photographer once asked a teacher within my earshot. When I signed up to lip-sync “How Will I Know” for the fifth-grade talent show, another teacher called me “unpleasantly abnormal” and sent me to the school psychologist. (Their loss. I would have killed it.)

To them, I was the sideshow freak.

Among the carnival crowd, it was the opposite. I was accepted, even celebrated. When I was still in grade school, my parents allowed me to roam alone when they were working, which was all the time. They knew that Slim, who ran the Ferris wheel, or Chief, the mustachioed merry-go-round operator with no teeth, or Ruby, a dwarf who performed as the World’s Smallest Woman, would drop everything and eviscerate anyone who messed with me.

“This really interesting melting pot of people — very insular, a society to itself — is one of the things that fascinates me about carnivals,” del Toro said. (For Blanchett, the appeal was different: “When I was young, I wanted to be a contortionist — you know, put your legs behind your head. To this day, magic tricks make me scream.”)

In the United States, a circus impresario, P.T. Barnum, popularized the often cruel exhibition of people with disabilities for the amusement of others — so-called freak shows or sideshows. As traveling carnivals proliferated in the 1920s and ’30s, growing out of the 1893 Chicago World’s Fair, where the Ferris wheel made its debut, these acts were offered in tents (later trailers) set up along the midway.

Sideshows ultimately faded from carnival lineups, the result of ordinances prohibiting them and changing social mores — although some still exist, according to Marc Hartzman, author of “American Sideshow: An Encyclopedia of History’s Most Wondrous and Curiously Strange Performers.”