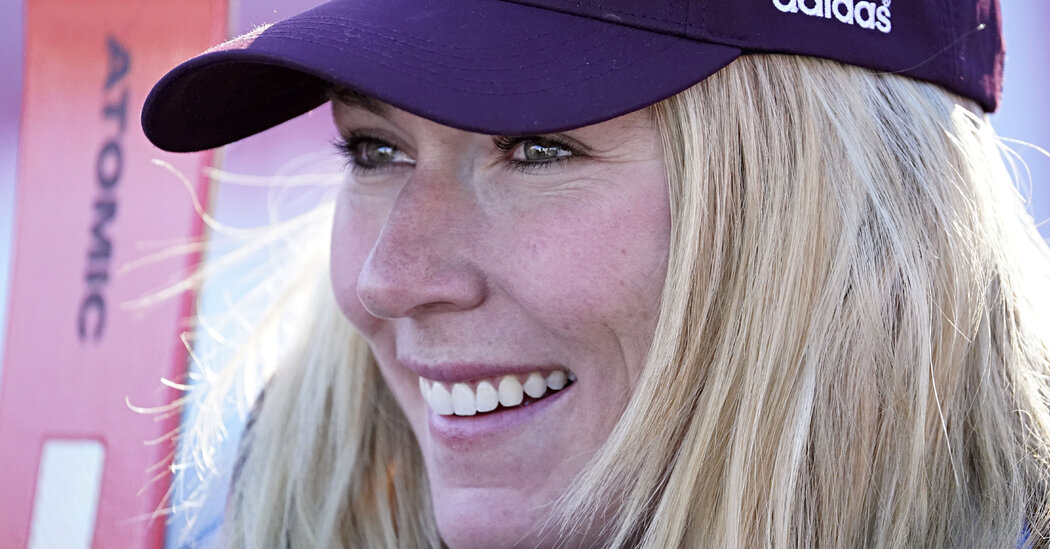 Mikaela Shiffrin, the two-time Olympic champion skier and a top U.S. medal contender at the Winter Olympics in Beijing, said Monday that she has tested positive for the coronavirus and will miss World Cup races Tuesday and Wednesday in Lienz, Austria.

The result complicated Shiffrin’s preparations for the Beijing Games and showed how a surge of cases among competitors could upset China’s and the International Olympic Committee’s efforts to run virus-free Games inside an Olympic bubble. The Olympics are the greatest stage for many athletes, and a positive test can mean the loss of a rare opportunity, just as an outbreak in China could affect the entire Games.

“I wanted to let you all know that I’m doing well, but unfortunately I had a positive COVID test,” Shiffrin, 26, wrote on Instagram. “I am following protocol and isolating.”

Shiffrin’s announcement came several days after she won a giant slalom race in Courchevel, France, her 72nd career World Cup victory. Only Lindsey Vonn of the United States, with 82 victories, and Ingemar Stenmark of Sweden, who won 86 races in the ’70s and ’80s, have more career World Cup wins. This year, Shiffrin leads the overall women’s World Cup standings and is first in the giant slalom and second in the slalom.

After her win in Courchevel on Dec. 21, Shiffrin spoke of feeling tired.

“It was really quite difficult, to be honest — tiring today! Even after the first run, I wasn’t sure I could do the second run,” she said. “It’s a big push and for every athlete racing. We had to dig very deep and just fight and be aggressive.”

Shiffrin dominated World Cup skiing in her early 20s, but the cadence of her wins has slowed in recent years. She missed months of competition in 2020 after her father, Jeff, 65, died in an accident in Colorado that February. She lost training time later that year because of the pandemic.

In an interview before the start of the next season, Shiffrin said her father’s death had made her rethink the importance of skiing. (The family declined to discuss the circumstances of Jeff Shiffrin’s death; a coroner listed the cause as an accidental head injury.)

“It changes your perspective,” Mikaela Shiffrin said. “I hope my perspective stays changed.”

After winning just three World Cup races last season, Shiffrin opened this ski season with a giant slalom victory in Soelden, Austria. She followed with two second-place finishes in slaloms in Levi, Finland, and a slalom win in Killington, Vt. That victory was her 46th in that discipline, tying Stenmark’s record for wins in a single event (he won 46 giant slalom races).

She has also had encouraging results in skiing’s speed events, with two third-place finishes in Super G races in St. Moritz, Switzerland, and a fifth-place finish in downhill in Val d’Isére, France. Her versatility makes her a contender to medal in all four individual disciplines and the combined downhill and slalom in Beijing.

In Lienz, Shiffrin was to have competed in a giant slalom on Tuesday and a slalom on Wednesday. On Instagram on Monday, Shiffrin wished her teammates luck in the races. “I’ll be cheering for you from afar,” she said.