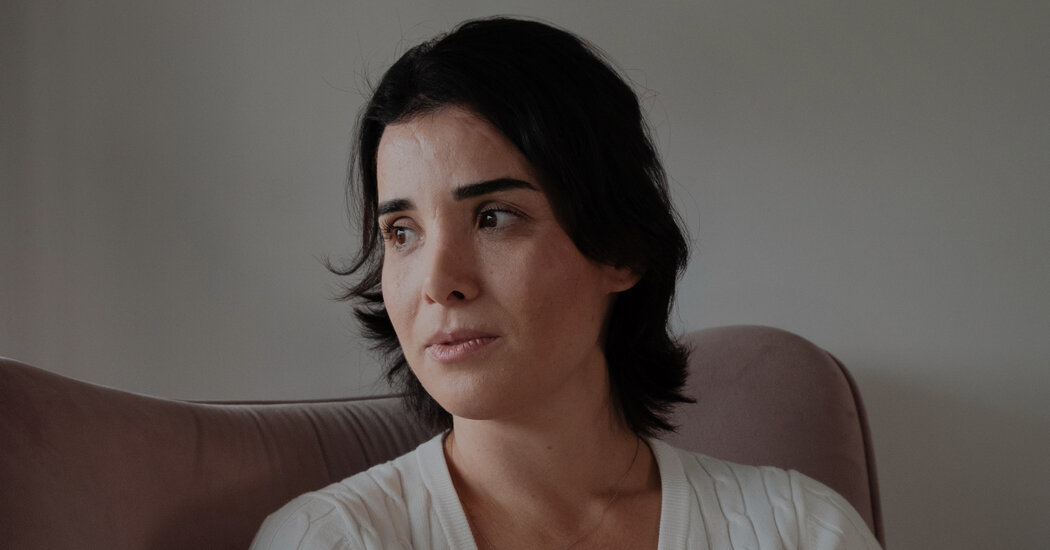 TEL AVIV — She lay in the hospital unconscious and bandaged like a mummy, having barely survived a brutal assault. Her husband of two years had bashed her head, face and body with dozens of blows from a rolling pin before throttling her and then stabbing her 20 times with a kitchen knife, all as their screaming toddler looked on.

A neighbor interrupted the attack, and Shira Isakov was flown by helicopter to the nearest hospital in southern Israel in critical condition, with doctors giving her a 20 percent chance of living through the night.

She made it through, surviving, as she put it, “against all the odds.”

Just 14 months later, Ms. Isakov, 33, a former account director at the Israeli branch of McCann, the international advertising firm, has emerged as a powerful force for legal and social change in the country, using her newfound voice and nationwide prominence to advance Israel’s struggle to combat violence against women.

Activists in Israel have long criticized laws they say favor abusers over victims and point to a history of lax law enforcement and lenient sentencing, with many nonfatal cases ending in plea deals with little or no prison time.

The Israeli government had long “shut its eyes to domestic violence,” said Prof. Shalva Weil, an expert on violence against women at the Seymour Fox School of Education at Hebrew University and the founder of the Israel Observatory on Femicide, adding that the sentencing of offenders was often “very arbitrary and light.”

But since the attack, Ms. Isakov has become a household name in Israel, and a hero to many, not because she was a victim of horrific abuse but because of how her case, and her speaking out, have helped shift Israel’s legal landscape — especially when it comes to the laws protecting abusers’ parental rights and their ability to control decisions about a child’s medical care and schooling from prison.

The assault on Ms. Isakov took place on the eve of the Jewish New Year in September 2020. She had been on the phone with her parents when it began, and they heard the blows and her cries in real time.

The viciousness of the attack made headlines across Israel, but what has made Ms. Isakov an agent of change was the decision she made to go public with her story as she regained consciousness after six days in intensive care.

Her brother Ofer had photographed her as she lay in her hospital bed, horribly disfigured. When she could speak again, he asked her permission — if she was not too embarrassed, he said — to publish the pictures and show the country what her husband, Aviad Moshe, had done.

“I told him ‘I’m not embarrassed, that’s what happened to me, that’s what I look like,’” she recounted last week in an interview at home, in the Tel Aviv apartment she had once shared with Mr. Moshe. “The shame is on him.”

She said she did not hesitate to make the decision and was willing to share the details to encourage other women not to ignore the warning signs of a dangerous relationship.

“For a woman who is usually well-groomed and presentable, it’s not pleasant to be seen with your face full of stitches, bruised, with all the left side smashed, head shaved, and teeth knocked out,” she said, “But I refused to hide.”

The news media at first blurred the pictures of her purple, swollen face and scalp crisscrossed with angry red cuts and stab wounds. But after a nurse told her that the courts had acquiesced to the request of her husband to bar publication of his name, to protect his and his family’s reputation, she insisted on being identified in the news media.

Her national prominence grew when Ms. Isakov and her neighbor, Adi Guzi, who banged on the door during the assault and then pushed her way into the house at great personal risk, were among 14 Israelis honored for their contribution to society at Israel’s annual Independence Day ceremony in April.

Until last year, Ms. Isakov had led a largely ordinary, middle-class Israeli life. Her parents immigrated from the Soviet Union in the 1970s, and she was born and raised in Karmiel, a quiet town in the Galilee hills in Israel’s north, moved to Tel Aviv at 19 and earned a degree in business administration from the Open University.

She married Mr. Moshe, an electrical engineer, soon after they met. Their son, Leon, was born in November 2018.

The first act of violence came during an argument the next summer. Ms. Isakov complained to the police that Mr. Moshe had shoved and kicked her. Mr. Moshe said that Ms. Isakov had attacked him first, and the file was closed for lack of evidence.

“We made up and decided to give our relationship another chance,” she said. But she told Mr. Moshe that “A second time, if there was one, would mean divorce.”

Two months later Mr. Moshe was offered a 12-month contract for work in Mitzpe Ramon, a remote town in the Negev desert. The couple decided to move, leaving their small but stylish apartment near the coast in Tel Aviv for the arid south.

There they conceived a second child, but Ms. Isakov later miscarried, just two hours after a particularly heated argument. From that point on, she said, the tension in the household escalated and the atmosphere turned ugly.

Ten days later, on the eve of the Jewish holiday, Ms. Isakov phoned her parents to say she was coming with Leon to spend the holiday in Karmiel. Mr. Moshe blocked her from leaving, and threw her to the floor. She told him the marriage was over and he began beating her.

Mr. Moshe, now her ex-husband, is in prison, convicted in August of attempted murder. He is awaiting a hearing on his sentencing and could spend 20 years or more in prison.

Ms. Isakov’s personal struggle is far from over, with more surgery ahead.

But since the attack, her accomplishments in the legal arena have been substantial, and her advocacy is credited with having raised awareness among both politicians and the general public of some of the shortcomings in the way Israeli society has dealt with domestic abuse, and its aftermath.

One early legal victory came when the court also convicted Mr. Moshe of child abuse, although Leon, while deeply traumatized, was not physically hurt — a judicial precedent for Israel, according to Ben Maoz, Ms. Isakov’s lawyer.

The next battle came when Ms. Isakov sought therapy for Leon and was told by the hospital that she needed to get the signature of the boy’s father. Registering Leon at a new kindergarten and getting him routine inoculations also required Mr. Moshe’s signature. Mr. Moshe refused to sign.

Ms. Isakov and her lawyer turned to a concerned member of Parliament, Oded Forer, who had visited her in the hospital as a member of the parliamentary committee on the Status of Women and Gender Equality and is now the minister of agriculture. Within months the government amended the law so as to automatically cancel the legal guardianship rights of a parent charged with the murder or attempted murder of the other parent or the sexual assault of a child.

Ms. Isakov now is seeking a similar amendment of the Names Law that would allow her to unilaterally change Leon’s surname from Moshe to Isakov without having to fight her ex-husband in court. And she is pushing for sanctions on convicted abusers who refuse to attend treatment programs in prison.

Ms. Isakov has also become a source of support for other victims of violence and their families. She recently raised $50,000 for gift cards for women in shelters. She is campaigning to raise the state grants paid to relatives who are bringing up the children of murdered women.

This month, she began lecturing around the country on an almost daily basis at the invitation of local councils and high-profile companies and is fully booked through the end of the year.

The determination of Ms. Isakov to increase attention on domestic violence and her ability “to speak beautifully and calmly about her trauma and to help others,” Professor Weil said, is helping Israel make noticeable progress.

Ms. Isakov’s openness has been “very effective in decreasing the rate of severe domestic violence and in the end, preventing the next femicide,” Professor Weil said, noting that so far in 2021, the number of women killed has dropped by a quarter compared with the same period last year.

With the scars on her forehead faintly showing under her makeup, Ms. Isakov makes it a point to emphasize in her public speeches that she refused to pity herself.

“I didn’t choose what happened to me,” she tells her audiences. “But I have chosen my path forward in life, what I do with myself and how I bring up my child.”