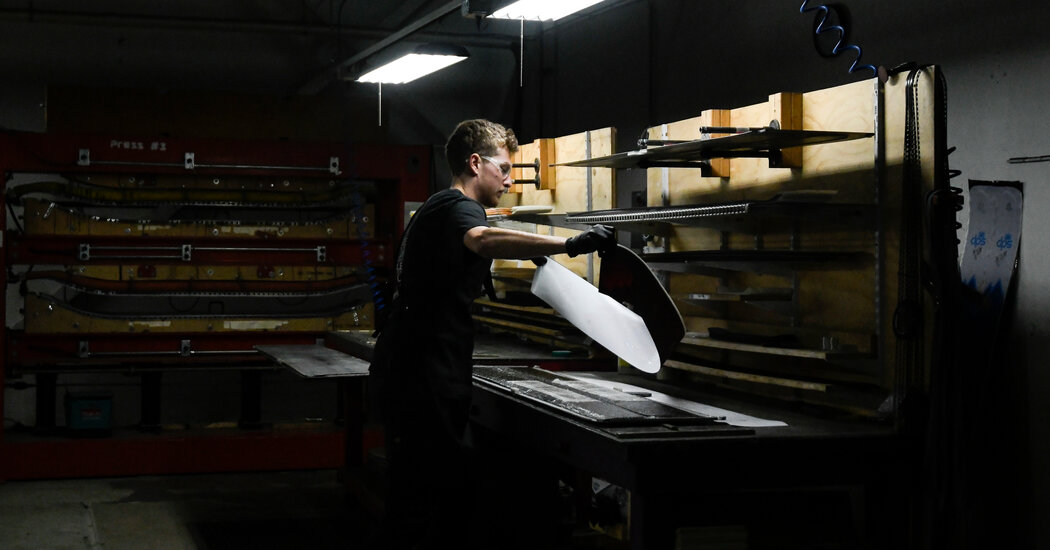 “We are not going to assemble iPhones in the U.S.,” Mr. Shih said.

Some experts believe the problems will persist. “Our findings indicate the disruption could be for up to three years,” said Manish Sharma, group chief executive of operations services at the consulting firm Accenture.

Even Two-One-Two New York, a strictly domestic manufacturer of apparel with a plant on Long Island, is being forced to do things differently, said Marisa Fumei-South, the company’s owner and president.

The company has accumulated larger stocks of yarn and other raw materials in response to rising prices and higher shipping costs. “We’re sitting with a lot of inventory,” Ms. Fumei-South said. “We’re waiting to see how this evolves.”

That kind of behavior feeds on itself, Mr. Shih said. As companies buy up supplies to get ahead of rising prices, it contributes to the inflationary dynamic. “People are ordering more than they need, and that’s aggravating shortages,” he said.

American Giant, a maker of hoodies, T-shirts and other clothing, has sidestepped the worst of the supply chain problems because it makes its products in North Carolina and other domestic locations, said its founder and president, Bayard Winthrop.

The company’s apparel, sold through its own stores and online, falls between products sold by retailers like Old Navy or Lands’ End and more expensive brands. A full-zip sweater for men sells for $128, while a woman’s slub turtleneck goes for $70.

But American Giant can’t escape higher labor costs and surging cotton prices, Mr. Winthrop said. While he expects cotton prices to eventually come down, he’s not so sure how long it will take.