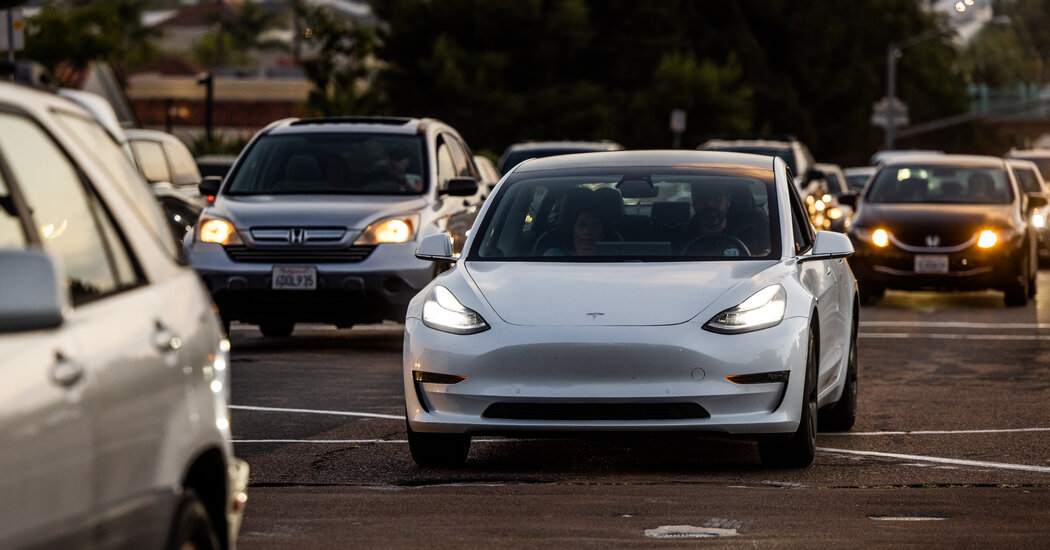 Tesla has told federal regulators that it plans to recall more than 475,000 cars for two separate defects that could affect safety.

One recall covers 356,309 Model 3 sedans from the model years 2017 to 2020. Tesla told the regulator, the National Highway Traffic Safety Administration, that wiring to the rearview camera in those vehicles can be damaged by opening and closing the trunk. That could prevent images from appearing on the dashboard screen while the car is backing up, increasing the risk of a crash.

The second recall covers 119,009 Model S sedans from the 2014 to 2021 model years. These cars may have a misaligned latch on the front hood, which could allow the hood to open unexpectedly.

Tesla reported the problems to the safety agency on Dec. 21; the agency posted the recalls to its website on Wednesday.

The moves come as the safety agency increases its oversight of Tesla after being criticized for lax oversight in previous years.

In August, it opened a formal investigation into the Tesla’s Autopilot system, which can steer, brake and accelerate a car on its own with minimal input from a driver.

The agency is looking at how Autopilot recognizes objects on the road, particularly parked emergency vehicles that have their lights flashing. The investigation is focusing on 11 instances in which Tesla cars operating in Autopilot mode ran into fire trucks or police cruisers that had stopped on highways. One crash resulted in a death.

In September, Tesla released a software update to improve Autopilot’s ability to recognize emergency vehicles but did not immediately initiate a recall, which is the normal procedure when an automaker fixes a safety defect. Facing pressure from the safety agency, Tesla announced a recall in October.

The agency also is reviewing more than two dozen other crashes since 2016 that involved cars operating using Autopilot. Eight of those crashes resulted in a total of 10 deaths.