That ‘Team Beto’ Fund-Raising Email? It Might Not Be From Beto. 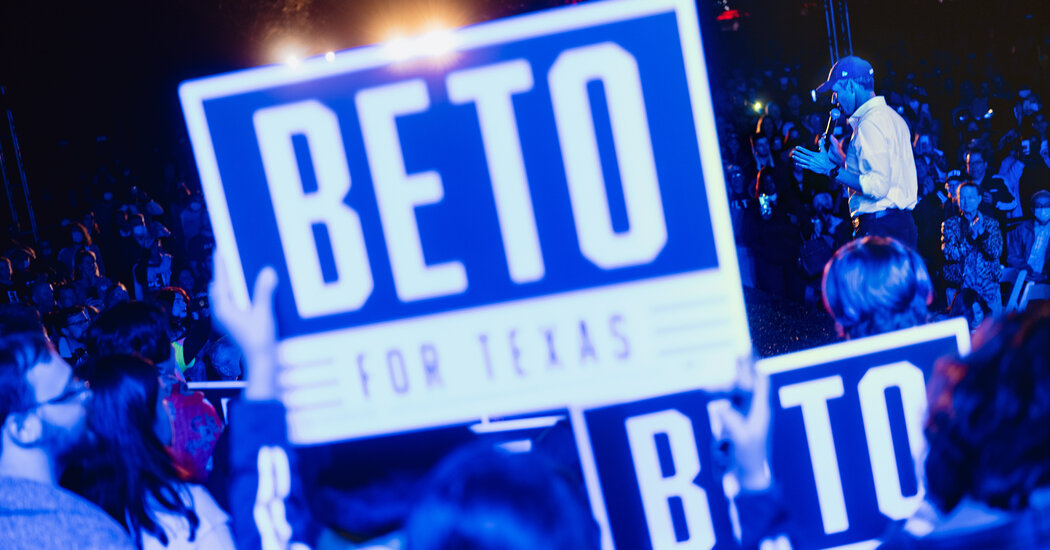 In one solicitation, the link to the Blue South PAC donation page on ActBlue, the Democratic digital donation-processing site, was highlighted in bright yellow and appeared as if it belonged to the campaign: actblue.com/donate/team-beto.

Those who clicked were greeted by a message: “Show your support by donating and joining Team Beto!” Except 100 percent of the funds went to the Blue South PAC, according to the fine print on the donation page.

Both groups are linked to the same digital strategist, Zach Schreiber, who emailed a statement on behalf of both Blue South PAC and Defeat Republicans saying that their digital strategy was “in line with the industry best practices.”

“Our community looks to us for news, action alerts, and opportunities to help elect Democrats,” the statement said, adding that the PACs “look forward to working with the Beto campaign.”

Founded in the summer of 2020, Defeat Republicans raised almost $1 million in less than a year through the end of June 2021. In that time, federal records show it paid Mr. Schreiber $133,000 and directed another $208,000 to a firm, Opt-In Strategies, that lists him as a consultant on its website. Blue South PAC had spent only about $37,000 through the end of June, with more than one-third of the spending going to another consulting firm, UpWave Digital Solutions, founded by Mr. Schreiber.

Federal records show that Defeat Republicans has given more than $400,000 to Democratic campaigns. The biggest chunk, $230,000, went to Jennifer Carroll Foy, who ran for governor of Virginia as a Democrat; Ms. Foy’s campaign paid Opt-In Strategies $67,500 for “list acquisition,” state records show. The PACs also said it had contributed $5,000 to Mr. O’Rourke.