The Best Thanksgiving Movies to Watch This Holiday 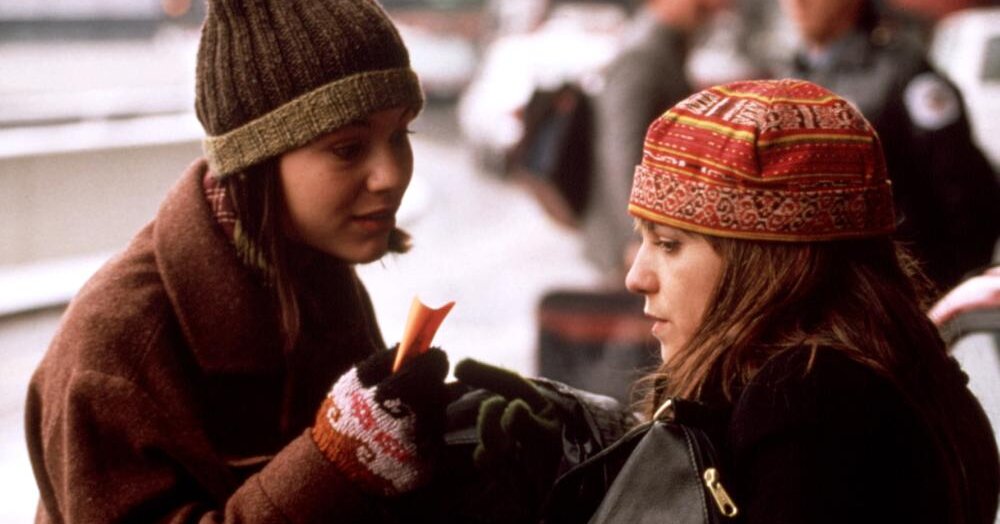 Face it, the centerpiece of Thanksgiving isn’t the turkey. It’s the TV. After dinner gets devoured in a fraction of the time it took to cook, the overstuffed proceed to the couch to distract themselves from a third slice of pie by debating what to watch. Relieve some of their pressure by serving up these five streaming suggestions. From comedy to cartoon, weepie to blood bath, here’s a film for every craving.

Stream it on Kanopy, the Roku Channel or Pluto TV.

Believe it or not, Jodie Foster’s relatable dramedy about a family who bickers, sobs and seriously questions why they bother sharing a table is rooted in science fiction. The script is by the “Invasion of the Body Snatchers” screenwriter W.D. Richter, and when Foster gave it a read, she was struck by the artificiality of being “asked to make a vow of love to people you don’t really know and who don’t really understand you.” Holly Hunter stars as a single mother who comes home to a household simmering with tension. Her aunt (Geraldine Chaplin) has dementia, her mother (Anne Bancroft) is crying in the pantry and her brother (Robert Downey Jr.) is slinging zingers to deflect from his own big secret. For the film’s centerpiece Thanksgiving scene, Foster went through 64 roast turkeys whose carcasses were flung into laps or onto the floor, then plopped back on the carving dish so Charles Durning’s paterfamilias could continue pretending things were fine. Every quip deserves to be memorialized in needlepoint. A personal favorite: “You’re a pain in my ass, you have bad hair, but I like you a lot.”

There’s no better film on food, family and empathy than Wayne Wang’s epic about two generations who reconcile their differences over sesame balls and stuffed crab. Four Chinese-born women living in San Francisco regularly gather over the mahjong table to gossip about their grown daughters who, they fear, have settled for the wrong career or the wrong man. The Americanized daughters are well aware of these concerns, but they don’t know the full story. Their mothers made painful choices before they crossed the Pacific, enduring traumas the daughters may risk repeating if they can’t share their secrets (along with several bowls of noodles and a bottle of champagne). The novelist Amy Tan reworked her best seller into this screenplay, a collaboration with Ronald Bass, the “Rain Man” screenwriter. The film is also a reminder to forgive guests who don’t yet know their host’s unspoken customs and taboos, like the mother who pardons her daughter’s fiancé for pouring soy sauce on her signature dish.

If the game’s not going well, flip on this forgotten football gem from 1971 that set a record for the most-watched made-for-TV movie ever and became the rare film to leap from an ABC Movie of the Week to a major theatrical release. Billy Dee Williams and James Caan star as the real-life Chicago Bears running backs Gale Sayers and Brian Piccolo. Their friendship was forged on the gridiron, tested by the pressures of becoming the NFL’s first interracial roommates and beatified after Piccolo was stricken with terminal cancer. The movie is based, in part, on Sayers’s 1970 autobiography, “I Am Third.” Sayers, who died last year at 77 from complications of dementia and Alzheimer’s disease, continues to hold the league record for most touchdowns in a game. But for most of his life, he was best known for this Emmy winning crowd pleaser that exemplifies the meaning of Friendsgiving. It’s hard not to mist up watching these two manly men choose to become brothers. Caan was also known to employ some dark humor during the production. He shared on the DVD’s commentary track that he once said on set, “Hold my cigarette and my can of Coke, I have to go die.”

Odd that a feast centered on flesh and knives hasn’t inspired a flood of slasher flicks beyond Eli Roth’s short parody trailer “Thanksgiving,” part of the 2007 double feature “Grindhouse.” Consider that an amuse-bouche to Marcus Dunstan’s cheeky home invasion horror flick where costumed Mayflower re-enactors teach a modern family to appreciate their blessings. Out with the electric bulbs and cellphones. In with berry-picking, fishing jokes, saltwater taffy, and, for the rebellious teen daughter Cody (Reign Edwards), an ancient witch-torturing device called the cucking stool which the cultlike re-enactors erect over the swimming pool. “Gratitude is on the menu,” the leader, Ethan (Peter Giles), intones. So is a human head, along with a tureen of gushing blood and several ominous slow-motion shots of buckled hats and shoes designed to leave viewers giggling into their pumpkin pie.

Stream it on Starz or Spectrum; or rent on Vudu, Google Play or YouTube.

The traditional Thanksgiving children’s play fell out of favor around the time Wednesday Addams vowed to scalp those pesky pilgrims in “Addams Family Values” (1993). No loss. That simplistic history lesson had already been bested by Don Bluth’s “An American Tail,” the most unsentimental cartoon to ever star a singing mouse. Make that a family of mice — the Russian-Jewish Mousekewitzes — who flee the feline persecution of their homeland for 1880s New York, where they’ve been promised mouse holes in every wall, bread crumbs on every floor, and most importantly, no cats. This, of course, is a lie. Young Fievel Mousekewitz is disillusioned to discover that his new country is a predatory land of rat-owned sweatshops and cat-run gangs. Upon the movie’s release, critics like Roger Ebert were taken aback to see a kiddie flick with a “bleak view of a cold and heartless universe.” But wisecracking cockroaches aside, it’s a true vision of the American dream that idealistic newcomers like Fievel struggled to attain — then and now — to make the Statue of Liberty live up to her sales pitch.