The Fed Wants to Fight Inflation Without a Recession. Is It Too Late? 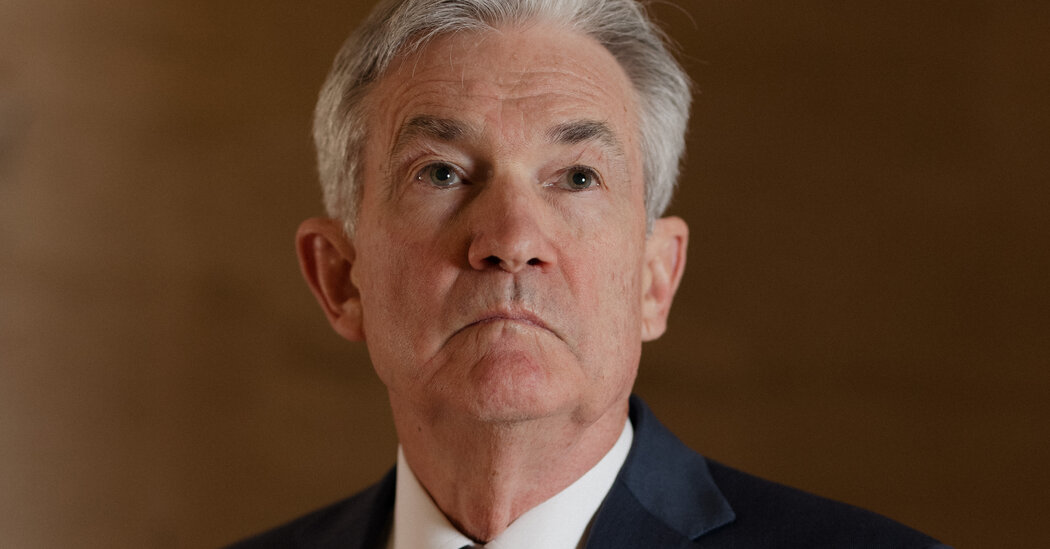 The Federal Reserve is poised to set out a path to rapidly withdraw support from the economy at its meeting on Wednesday — and while it hopes it can contain inflation without causing a recession, that is far from guaranteed.

Whether the central bank can gently land the economy is likely to serve as a referendum on its policy approach over the past two years, making this a tense moment for a Fed that has been criticized for being too slow to recognize that America’s 2021 price burst was turning into a more serious problem.

The Fed chair, Jerome H. Powell, and his colleagues are expected to raise interest rates half a percentage point on Wednesday, which would be the largest increase since 2000. Officials have also signaled that they will release a plan for shrinking their $9 trillion balance sheet starting in June, a policy move that will further push up borrowing costs.

That two-front push to cool off the economy is expected to continue throughout the year: Several policymakers have said they hope to get rates above 2 percent by the end of 2022. Taken together, the moves could prove to be the fastest withdrawal of monetary support in decades.

The Fed’s response to hot inflation is already having visible effects: Climbing mortgage rates seem to be cooling some booming housing markets, and stock prices are wobbling. The months ahead could be volatile for both markets and the economy as the nation sees whether the Fed can slow rapid wage growth and price inflation without constraining them so much that unemployment jumps sharply and growth contracts.

“The task that the Fed has to pull off a soft landing is formidable,” said Megan Greene, chief global economist at the Kroll Institute, a research arm of the Kroll consulting firm. “The trick is to cause a slowdown, and lean against inflation, without having unemployment tick up too much — that’s going to be difficult.”

Optimists, including many at the Fed, point out that this is an unusual economy. Job openings are plentiful, consumers have built up savings buffers, and it seems possible that growth will be resilient even as business conditions slow somewhat.

Understand Inflation in the U.S.

But many economists have said cooling price increases down when labor is in demand and wages are rising could require the Fed to take significant steam out of the job market. Otherwise, firms will continue to pass rising labor costs along to customers by raising prices, and households will maintain their ability to spend thanks to growing paychecks.

“They need to engineer some kind of growth recession — something that raises the unemployment rate to take the pressure off the labor market,” said Donald Kohn, a former Fed vice chair who is now at the Brookings Institution. Doing that without spurring an outright downturn is “a narrow path.”

Fed officials cut interest rates to near-zero in March 2020 as state and local economies locked down to slow the coronavirus’s spread at the start of the pandemic. They kept them there until March this year, when they raised rates a quarter point.

But the Fed’s balance-sheet approach has been the more widely criticized policy. The Fed began buying government-backed debt in huge quantities at the outset of the pandemic to calm bond markets. Once conditions settled, it bought bonds at a pace of $120 billion, and continued making purchases even as it became clear that the economy was healing more swiftly than many had anticipated and inflation was high.

Late-2021 and early-2022 bond purchases, which are what critics tend to focus on, came partly because Mr. Powell and his colleagues did not initially think that inflation would become longer lasting. They labeled it “transitory” and predicted that it would fade on its own — in line with what many private-sector forecasters expected at the time.

When supply chain disruptions and labor shortages persisted into the fall, pushing up prices for months on end and driving wages higher, central bankers reassessed. But even after they pivoted, it took time to taper down bond buying, and the Fed made its final purchases in March. Because officials preferred to stop buying bonds before lifting rates, that delayed the whole tightening process.

The central bank was trying to balance risks: It did not want to quickly withdraw support from a healing labor market in response to short-lived inflation earlier in 2021, and then officials did not want to roil markets and undermine their credibility by rapidly reversing course on their balance sheet policy. They did speed up the process in an attempt to be nimble.

“In hindsight, there’s a really good chance that the Fed should have started tightening earlier,” said Karen Dynan, an economist at the Harvard Kennedy School and a former Treasury Department chief economist. “It was really hard to judge in real time.”

Nor was the Fed’s policy the only thing that mattered for inflation. Had the Fed begun to pull back policy support last year, it might have slowed the housing market more quickly and set the stage for slower demand, but it would not have fixed tangled supply chains or changed the fact that many consumers have more cash on hand than usual after repeated government relief checks and months spent at home early in the pandemic.

What is inflation? Inflation is a loss of purchasing power over time, meaning your dollar will not go as far tomorrow as it did today. It is typically expressed as the annual change in prices for everyday goods and services such as food, furniture, apparel, transportation and toys.

Is inflation bad? It depends on the circumstances. Fast price increases spell trouble, but moderate price gains can lead to higher wages and job growth.

“I think it would look somewhat different,” Mr. Kohn, who has been critical of the Fed’s slowness, said of the economy had it reacted sooner. “Would it look a lot different? I don’t know.”

Still, the gradual reorientation away from easy monetary policy could give inflation the time to become a more permanent feature of American life. Once rapid price gains are embedded, they may prove harder to eradicate, requiring higher rates and possibly a more painful increase in unemployment.

James Bullard, the president of the Federal Reserve Bank of St. Louis, has even suggested that officials could consider a 0.75-point rate increase — though his colleagues have signaled little appetite for such a large move at this meeting.

Michael Feroli, chief U.S. economist at J.P. Morgan, said in a research note that while “it’s pretty clear that this economy doesn’t need stimulative monetary policy,” he didn’t expect the Fed to raise interest rates by that much, especially because it tended to broadcast its moves ahead of time.

“But if there is a time to break from habit, it’s when the Fed’s inflation credibility is being called into question, and so we don’t write off the possibility of a larger rate move,” he said.

What happens next with inflation and the economy will depend partly on factors far beyond the central bank’s control: If supply chains heal and factories catch up, rising prices for cars, equipment, couches and clothing could moderate on their own, and the Fed’s policies would not have to do as much to slow demand.

Many economists do expect inflation to peak in the months ahead, though it is unclear how long it will take for it to come back down from March’s 6.6 percent reading to something more in line with the 2 percent annual rate the Fed targets on average over time — or whether that is possible without job market pain and a recession.

Treasury Secretary Janet L. Yellen, a former Fed chair, summed up the situation this way last month: “It’s not an impossible combination. But it will require skill and also good luck.”