The Future of ‘Spider-Man’ and the M.C.U., According to its Producers 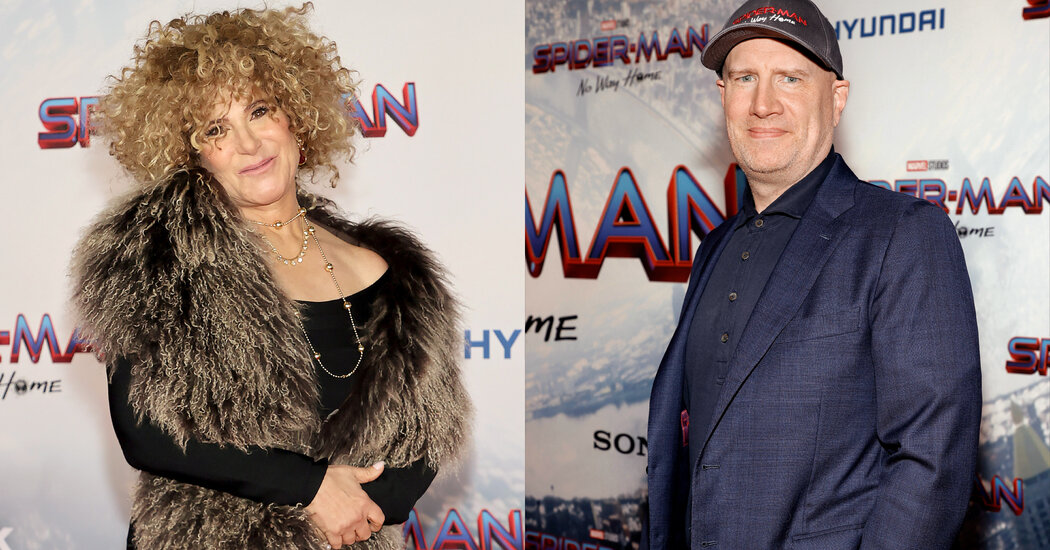 Godzilla gave it his best, along with Shang-Chi, James Bond, Venom and the “Fast and Furious” crew. But jump-starting the box office after pandemic shutdowns — re-commandeering the culture — has taken much longer than Hollywood envisioned.

It finally happened Thursday, when “Spider-Man: No Way Home” swung exclusively into theaters.

“No Way Home” collected $50 million from Thursday “preview” screenings that started at 3 p.m., according to Sony Pictures Entertainment, which financed and produced the movie in partnership with Disney-owned Marvel Studios. It was the third-highest preview result on the Hollywood history books, behind “Avengers: Endgame” ($60 million) and “Star Wars: The Force Awakens” ($57 million).

For the weekend in North America, “No Way Home,” which received sensational reviews, could surpass $150 million in ticket sales. No movie has managed more than $90 million in opening-weekend sales since “Star Wars: The Rise of Skywalker” in 2019, according to Comscore.

“No Way Home,” directed by Jon Watts, marks the end of a trilogy starring Tom Holland as Peter Parker and Zendaya as MJ, his plucky romantic counterpart. But the $200 million sequel also represents the culmination of nearly 20 years of Spider-Man movies — eight in total — because it draws in characters unseen since “Spider-Man 3” in 2007 and “The Amazing Spider-Man 2” in 2014.

Two people have been involved with the franchise in one capacity or another since its start: Amy Pascal and Kevin Feige. As the top movie executive at Sony from 1999 to 2015, Pascal was responsible for the first five live-action Spider-Man movies; she has produced the last three. Feige worked on the early Spider-Man movies in various capacities, initially in relative obscurity, and has been a producer of the last three in his role as president of Marvel Studios.

The two spoke to me via video from their homes in Los Angeles. These are edited excerpts from the conversation, including — beware — some “No Way Home” spoilers.

Let’s start with an easy one. Kevin, please lay out your future Marvel Cinematic Universe road map for Spider-Man. I want details.

What’s the next M.C.U. crossover movie? “Doctor Strange in the Multiverse of Madness,” coming in May? Maybe that “Fantastic Four” reboot? Don’t say “I don’t know” because I know you know.

FEIGE He’s going to show up sometime. The when and the where, of course, is the fun part — and the part that we don’t talk about.

What about the next stand-alone Spider-Man movie? Amy, you said last month that you and Kevin — Sony and Disney — are going to collaborate on three more, which seemed to catch the studios by surprise.

The popular franchise of superhero films and television series continues to expand.

PASCAL We’re producers, so we always believe everything will work out. I love working with Kevin. We have a great partnership, along with Tom Rothman, who runs Sony and has been instrumental, a great leader with great ideas. I hope it lasts forever.

FEIGE Amy and I and Disney and Sony are talking about — yes, we’re actively beginning to develop where the story heads next, which I only say outright because I don’t want fans to go through any separation trauma like what happened after “Far From Home” [the previous Spider-Man movie, in 2019]. That will not be occurring this time.

PASCAL At the end of the movie we just made, you see Spider-Man make a momentous decision, one that you’ve never seen him make before. It’s a sacrifice. And that gives us a lot to work with for the next film.

This movie, “No Way Home,” pulls in major characters — and stars — from the franchise going back 20 years. How are you ever going to top it?

PASCAL Not every Spider-Man movie is going to be a multitude of characters. That approach was right for this one.

You can’t think about topping yourself in terms of spectacle. Otherwise movies just get larger and larger for no reason, and it’s not a good result. But we do want to always try and top ourselves in terms of quality and emotion. Kevin and I never want to lose sight of one thing: Peter Parker. That he’s a normal kid. That he is orphaned over and over again. That he’s a teenager, so everything in his life is at a heightened pitch and everything matters more than anything. That he’s fueled by goodness and guilt. That he’s striving for a greater cause, and he’s vilified by the press.

What was the biggest “No Way Home” producing challenge?

FEIGE Getting everybody to agree with you about the cool, big idea. “Hey, we have an idea. Will you come sign up and be in this movie.” “Cool! Can I read the script?” “No.” That was the hardest part. And that’s where Amy, who calls anyone anywhere at any time, is a master producer at making things happen.

I read somewhere, Amy, that you FaceTimed with Tom Holland while he was in the bathtub. Do you have any screen grabs so I can verify that information?

PASCAL That is true. And, no, I’m not sharing.

Who was the last “No Way Home” star to sign on?

What was your pitch to the actors who were skeptical?

PASCAL That these weren’t going to be cash-grab cameos. The parts were real. That I was there with them the first time and would be again, that I have too much respect for them and all the work we did together over the years.

Why weren’t Kirsten Dunst and Emma Stone, the female leads from previous Spider-Man movies, brought back for this one?

FEIGE When people see the movie, they will understand. It’s about the story. It was a big goal for all of us — Amy and Jon and our writers, Chris McKenna and Erik Sommers — that Peter Parker’s senior year in high school didn’t get lost amid the insanity that ensues thanks to his encounter with Doctor Strange. That easily could have happened. And that’s the reason there’s not another 20 people in the movie.

Speaking of women, are we ever going to see a woman with superpowers alongside Spider-Man? Isn’t there a story line in the comics where MJ gets to take the Iron Spider armor for a spin?

FEIGE We have a lot of story lines, Brooks! A lot of story lines. It comes down to these great, great actors. My guess is your question is less about what MJ did in the comics and more about “Zendaya is really great. Can we see more of her?”

Tobey and Kirsten. Emma and Andrew. Tom and Zendaya. Why do all your lead actors end up falling for each other in real life? It can’t just be the spandex.

PASCAL I took Tom and Zendaya aside, separately, when we first cast them and gave them a lecture. Don’t go there — just don’t. Try not to. I gave the same advice to Andrew and Emma. It can just complicate things, you know? And they all ignored me.

Can you give Tom some advice from me? Don’t lie to reporters! In interviews over the past year, he said Tobey and Andrew were not coming back.

PASCAL Well, he can’t reveal things that are in the movie. You wouldn’t expect him to do that. Forgive him.

One last question for you: What is the truth about how the Pascal-Feige producing collaboration started? My understanding is that you, Amy, then running Sony, made the 2014 “Amazing Spider-Man” sequel, which was rather wobbly. And that you called Kevin and said, “Help.”

PASCAL That is the truth. I called Kevin and said, “Help.” And then he came over to my office for lunch and said, “I know how to help you.” And then I threw a sandwich at him.

FEIGE She said, “I really want you to help on this next movie. We have these great ideas for the next one. It’s amazing stuff.” And I said, “I’m not good at that — giving advice and leaving. The only way I know how to help is if we just make the movie for you.”

Cut to the flying B.L.T. or whatever it was.

FEIGE It was a pretty low-key sandwich. I don’t remember what kind. But, yes, she did not like that suggestion.

PASCAL And then Kevin called me and came over to the house and said, “I have an idea. What if Tony Stark makes Peter’s suit?” And as soon as he said that, I understood the possibilities of what we could do together. To have Iron Man and Spidey in the same world, one rooted more in technological innovation — the new suit — and less in medical experimentation, which is where we were confined before, felt so much more modern.

It has taken a lot of work. But just look at the results. Pretty fantastic, right?