The Holiday Shopping Season Is Here, but Is It Back? 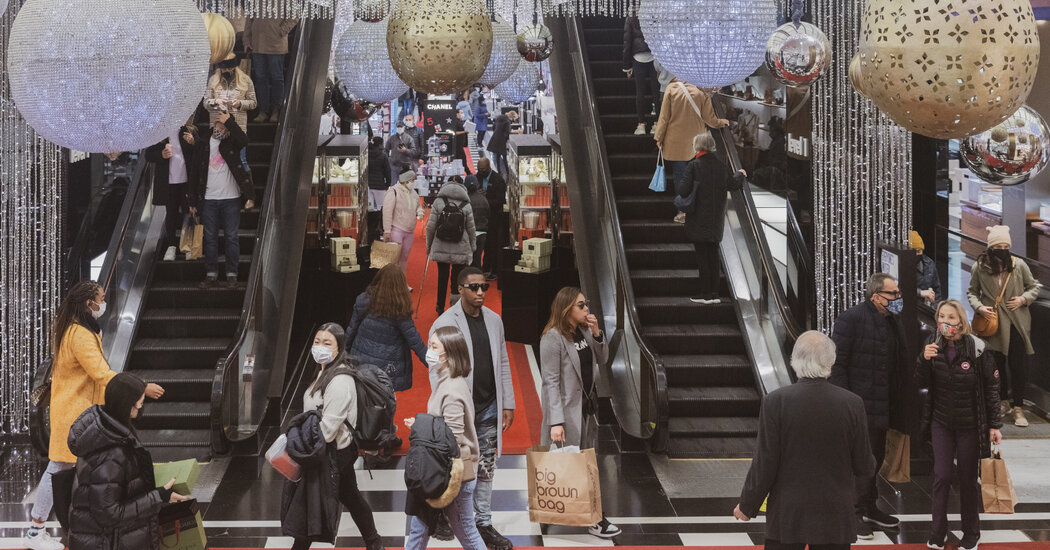 Stephen Arnold, president of the International Brotherhood of Real Bearded Santas, a trade group with more than 1,800 members, appeared at only a single tree lighting event last year. It was a frightening time, he said, particularly for a group of elderly men who are often overweight and have diabetes.

But this season, Mr. Arnold said that all five of his tree lighting ceremonies are back, including a splashy event that he loves at Graceland, Elvis Presley’s estate in Mr. Arnold’s hometown, Memphis. He plans to participate in more than 200 appearances, on par with his prepandemic schedule in 2019. At times, he may perform from inside a life-size snow globe like last year, and a sizable chunk of his events will be held virtually, but it’s a world apart from 2020.

“I think almost all of our Santas intend to work a great deal more than they did last year, and a much higher percentage, probably 65 to 70 percent of us, will return to what we consider some kind of normal schedule,” Mr. Arnold, 71, said. “I’m trying to be prepared for a season of relatively close contact.”

This week, Saks Fifth Avenue unveiled its holiday window display and 10-story-tall light show at its New York flagship store. The retailer, which took a pause from its annual tradition of shutting down Fifth Avenue for a musical performance last year, returned to it this year with a performance by the Young People’s Chorus of New York City and an appearance from Michelle Obama. About 22 Nordstrom stores will have “immersive” photo booths.

At the flagship Bloomingdale’s on 59th Street, the store is offering fewer events than the 400-plus it held in 2019, but many more than 2020, when its limited activities were held outdoors. There will be more food and drink for shoppers this season, including Champagne and cups of espresso, though they are being handled more carefully than in years past. The store hosted a performance by Bebe Rexha when it unveiled its holiday windows this month, but kept it to roughly 15 minutes and carefully managed capacity and spacing.

“If you would have talked to me in 2019, we would have had elaborate spreads with caterers coming in and passed hors d’oeuvres and Champagne flowing,” said Frank Berman, Bloomingdale’s chief marketing officer. Now, the food is more likely to be prepackaged, and events like cooking demonstrations have been smaller.