The Life of Jean Rhys, a Uniquely Brilliant and Thorny Writer 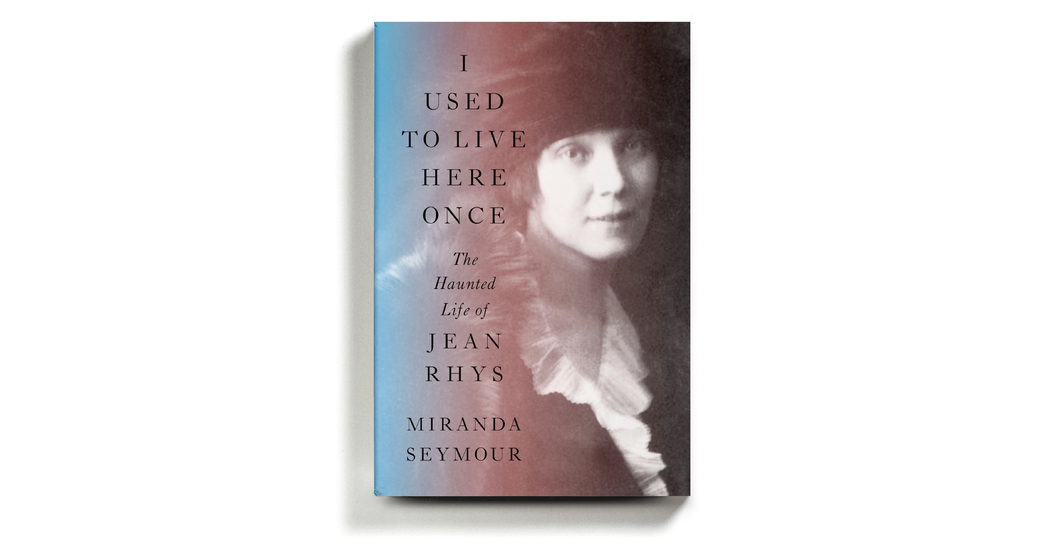 I USED TO LIVE HERE ONCE
The Haunted Life of Jean Rhys
By Miranda Seymour
Illustrated. 421 pages. W.W. Norton & Company. $32.50.

Like George Orwell, Thomas Hardy and W.H. Auden, the British novelist Jean Rhys did not want to be the subject of a biography and took steps to muddy her trail. Rhys destroyed many letters; she tore sections from journals; throughout her life she maintained, in the words of Miranda Seymour, her latest biographer, a “maddening discretion.”

These evasions failed. Seymour’s book is the third major biography of Rhys, after Carole Angier’s long and excellent one from 1985 and Lilian Pizzichini’s shorter, more atmospheric book of 2009. Seymour’s bio struggles under a lugubrious title: “I Used to Live Here Once: The Haunted Life of Jean Rhys.”

Then again, perhaps Rhys (1890-1979) succeeded all too well. If you removed phrases like “no clear account exists,” “we can’t be sure,” “a curious silence,” “it’s possible that,” “complete absence of documentation,” “appears to,” “seems likely” and “questions abound,” Seymour’s biography would shrink by 10 percent.

These locutions clutter Seymour’s book, especially since what we do know of Rhys’s life and career is, if not encyclopedic, a good deal. She’s best known, of course, as the author of “Wide Sargasso Sea” (1966), a postcolonial prequel to Charlotte Brontë’s “Jane Eyre.” Told from the point of view of Antoinette Cosway, Mr. Rochester’s Creole wife, the novel draws on Rhys’s own childhood on the Caribbean island of Dominica.

That novel was published when Rhys was 76, after the literary world had largely forgotten her. Readers raced to catch up. Many people — I’m among them — are more drawn to her earlier novels, notably “Good Morning, Midnight” (1939) and her books of short stories, which are darker, shrewder, bleakly comic and feature vulnerable and painfully self-aware women, loners who are, to a certain degree, fictional alter egos.

Rhys (pronounced Rees) led a complicated life that defies tidy summary. She left Dominica, where her father was a doctor, to study at a boarding school in Cambridge. Mocked there for her lilting Caribbean accent, she spoke for the rest of her life in what Seymour refers to as a “cultivated whisper.”

She hoped to become an actress, in the years before World War I, but ended up in secondary roles, often as a chorus girl. She had poor taste in men; two of her three husbands were charming bounders who ended up in prison for fraud.

One of her early manuscripts landed in the hands of the novelist Ford Madox Ford, whose reputation was larger than it is today. To her, he was like the subject of a painting stepping out of the frame.

Ford advised her to change her name — she was born Ella Gwendoline Rees Williams — and helped get her published. She became his mistress. Her books found only a small audience, and money problems were constant. Rhys spent decades, often isolated and paranoid, in lumpen houses and apartments in and out of London, before success arrived late.

That’s one way to describe her life, at least. It’s also possible to seize only on the more tragic and lurid details — she was like a shore hit regularly by hurricanes — and on the fact that Rhys was a uniquely difficult person.

Her first child, a son, died at three weeks old in a hospital at the exact moment Rhys and her husband were drinking champagne. She never forgave herself. She didn’t have a strong maternal instinct. Her second child, a daughter, grew up largely in a series of baby shelters and orphanages.

Rhys drank heavily to palliate her burdens, and was known for tirades and other skunky behavior. “I’m not one to whine like some women do,” she told a friend. “I attack.” Often this meant biting, scratching, screaming or spitting.

She was thin-skinned; her shell was transparent, like a shrimp’s. She and her second husband had bruising fights; they landed in jail after one of them. After he died at 60 of a heart attack, some thought she’d left him to die. She was arrested at least once for public drunkenness, which made the local papers.

When a neighborhood dog killed two of her cats, she threw a brick through its owner’s old stained-glass window. She sometimes hurled antisemitic insults. She was occasionally ordered to be placed under psychiatric care. In his book “Difficult Women,” the writer David Plante cruelly described the messy scene when, late in her life, the skinny Rhys got stuck in the well of a toilet that he’d left open.

Seymour is the author of many well-regarded biographies, including those of Mary Shelley, Robert Graves and Lord Byron’s wife and daughter. This one has, somehow, gotten away from her. It’s curiously lackluster.

On the one hand, it’s breezy — the sort of biography in which the author prints a snapshot of herself outside a school Rhys attended, and describes chatting up various locals on her researches.

On the other hand, it’s mean-spirited. Seymour includes a quite unflattering photo of Rhys’s editor, the great Diana Athill, shortly before her death, above a caption that reads, “The smile and bright clothes marked the point at which she had decided I was worth her time.”

The prose and analysis are soft. Seymour leaves out so many of the best things Rhys wrote and said, and thus makes her seem less intelligent than she was. She lingers over Rhys’s intense interest in her own appearance, even quite late in life, for example, without noting that Rhys wrote that such an interest is “the real curse of Eve.”

Every chapter begins with a quotation, which is nearly standard practice. But Seymour doesn’t tell us that Rhys wrote, in a published journal: “No more quotations. Paul Morand says in one of his books that English novelists always start with a quotation. The text before the sermon. I found that witty.”

Seymour has some material previous biographers didn’t. But the details in her book are, sentence by sentence and page by page, less piquant than the ones in Angier’s — what people ate, what they wore. Angier did a better job, too, of setting the fiction alongside the life without blurring the two.

Rhys had a uniquely lonely intelligence, and a talent for facing hard truths. If all you know of her is “Wide Sargasso Sea,” this book will encourage you to branch out. That’s nearly — almost, maybe — worth the price of admission.