Theranos and the Logic of Start-Up Bets 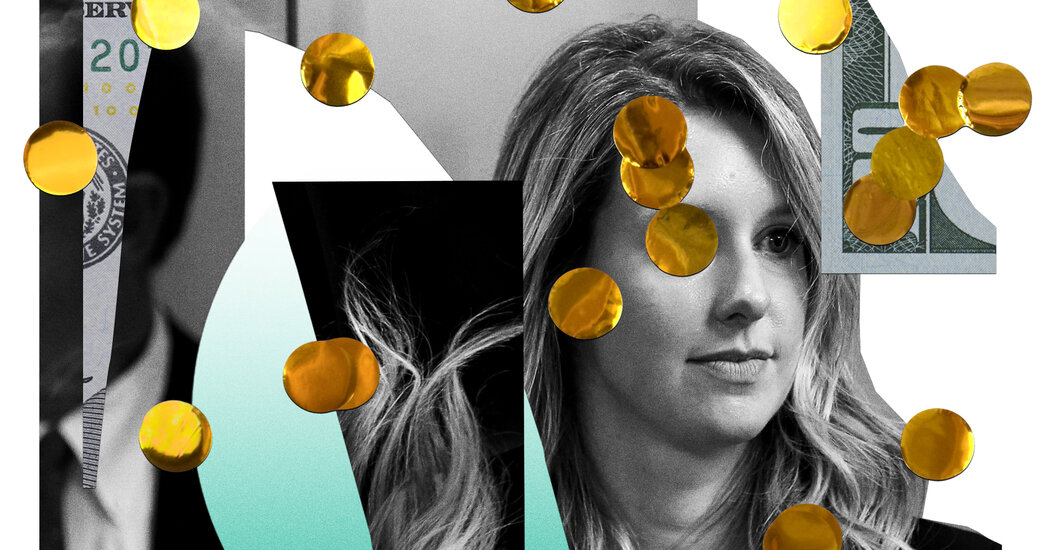 Elizabeth Holmes, the founder of the failed blood-testing start-up Theranos, is nearing the end of a criminal trial to decide whether she intentionally misled investors in her company, as well as patients and doctors.

A central question in the case is the line between fraud and the “fake it until you make it” ethos in Silicon Valley. Theranos also feels like an extreme outcome of a financial system that often rewards throwing money around blindly in the hunt for the winning start-up lottery ticket.

Start-up investors pride themselves in finding promising young companies, but their job is kind of a crapshoot. All investing is a lot of luck. But backing young companies is essentially a bet that a tiny number of wins can make up for a whole lot of lemons. Start-up investors, in theory, can lose all their money 99 times out of 100, and they’re golden if one is the next Google.

This start-up venture capital system has been, until recently, a small corner of finance, but it has outsize influence. It helped bring us iPhones, electric cars, social media and live-saving medicines. The system also has baked-in incentives to sometimes not look too hard for shoddy finances and to overlook bad behavior.

At the Holmes trial, some financial pros acknowledged that they wrote checks to Theranos without seeing financial statements or doing much to verify its technology and promises, in spite of their doubts about the company’s claims. Theranos collected nearly $1 billion from investors, and that evaporated when the company shut down in 2018.

Theranos had a grand vision of making blood tests faster, cheaper and more accessible. But its machines to run lab tests with a pinprick of blood didn’t work as the company said they did. The question now is whether Holmes knew that Theranos couldn’t fulfill the promises it made, and lied about it. She has pleaded not guilty and testified that she didn’t intend to defraud or deceive anyone.

As my colleague Erin Griffith reported, Holmes’s lawyers said that investors in the company should have known better and done their own due diligence. (Some did.) Prosecutors said that they made their decisions based on false information.

Maybe some of the investors who bet on Theranos were clueless or careless. But believing in too-good-to-be true promises is not necessarily disqualifying in start-up investing. If the mission is to find a handful of diamonds in a sea of garbage, it might not be worth spending time and resources on weeding out the potential failures or frauds.

Sometimes I wonder, only half jokingly, whether the people who scour the globe for budding tech superstars and nurture them to success would be better off throwing cash at everyone with a business idea and leaving them alone. That is not too far off the strategy of SoftBank, the Japanese conglomerate that is one of the world’s biggest start-up investors.

This isn’t without consequences. Investors and boards of directors often give start-up founders a lot of power and not much oversight. Some start-up executives spend years building rickety businesses without their backers calling them out for it. Others pay themselves a bunch of money or run their businesses like a frat house.

Part of me understands the cold rationality of being lax toward young companies. Maybe Adam Neumann will turn WeWork, the office rental company he helped start, into a trillion dollar company if investors let him do whatever he wants. If he does, riches rain on everyone. If he doesn’t — and he did not — investors are onto the next potential winning ticket. (Neumann has not been accused of fraud, and WeWork continued on without him.)

Holmes said at her trial that investors wanted her to paint a big-picture idea of the momentous change Theranos could unleash on the world. She said, in essence, that if Theranos had more time it could have become the life-changing company she had imagined.

Whether she is found guilty or not, Holmes is right about the nature of start-up investing. It is about believing in a fantasy. Sometimes that yarn becomes Tesla, and lots of people get rich. And sometimes that fantasy evaporates. It’s part of the package.

Two zebras were on the loose in suburban Maryland for nearly four months. They were finally caught last week.