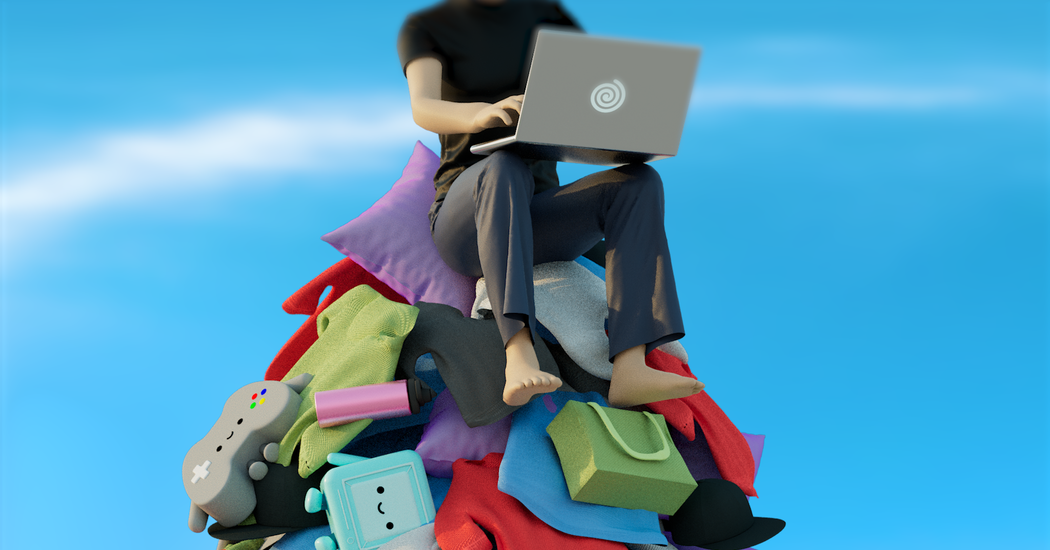 Linus Sebastian is the face of a mini YouTube empire. His company also resembles a scaled-down version of the Gap, employing a fashion designer, logistics experts, graphic designers and “fit technicians” to sell merchandise to fans.

Sebastian is among the online personalities who have figured out that putting their names or faces on products is increasingly a ticket to cashing in on fame.

Sales of themed merchandise like hoodies and plush toy video game controllers generated about 32 percent of the revenue for Sebastian’s Linus Media Group in 2021, up from 3 percent five years earlier, he told me. Sebastian said that “clothing is where really successful people like the Kardashians of the world” earn a living. (This isn’t totally true, but you get the idea.)

Advertising, the conventional way for people to earn money from online attention, is a bit more than half of the revenue for Linus Media Group. Most of the company’s videos about computers, video games and other tech gear have plugs for sponsors, and Sebastian’s company collects a share of revenue from ads and subscriptions that YouTube sells.

But it’s the merchandise that is both growing faster than other income streams, and requires different expertise than anything Sebastian has done before. “You can’t just slap your label on a T-shirt and hope that people will buy it,” he said.

On Tech has been writing a series of newsletters on the economics of internet creators, or people like Sebastian who are so good at making online videos and other material that they turn it into a living.

Sebastian offers a glimpse at the skills it takes to build a 21st-century media company. He is the chief executive who is equally comfortable sawing open old cable TV boxes for 14 million video subscribers and talking with me about wonky financial metrics.

Sebastian’s decade-long path to becoming a YouTube star essentially started with a dare from his former boss. Sebastian was working for a computer retail store, and it asked him to make videos to drum up sales. It’s easy to see why they caught on. Sebastian radiates fun in his videos even if, like me, you would never build a solid gold video game controller.

Then he had a disagreement over strategy with a higher-up, who told Sebastian that he could either fall in line or find another place to make videos, Sebastian said. He picked the second option. Sebastian started his own YouTube channel in 2013 and formed a business with his wife just months after they had their first child.

Today, Linus Media Group has about 65 employees, and a half-dozen YouTube channels that have a combined monthly viewership that could compete with the Super Bowl’s. Staff members write scripts, produce the videos and cut deals with sponsors. They also built a streaming video site to make money away from YouTube.

About 11 people work just on merchandise. Employees order blank water bottles and underwear from factories and contract with a local printing company in the Vancouver area to customize them. Others specialize in clothing design, customer service or moving products around the world. Selling merchandise is inherently more costly than selling ads.

It’s not always fun to make entertainment for the fickle tastes of millions of subscribers.

“You think your job is stressful?” Sebastian said. “I have 10 million bosses.” (Technically, 14 million.)

But even after being a YouTube star for years, Sebastian says he still sometimes wakes up in the middle of the night excited about a wacky video idea to try.

More from On Tech on the internet creator economy:

Check out these beautiful and eerie photos of polar bears that took over an abandoned weather station in the Arctic.

We want to hear from you. Tell us what you think of this newsletter and what else you’d like us to explore. You can reach us at ontech@nytimes.com.

If you don’t already get this newsletter in your inbox, please sign up here. You can also read past On Tech columns.