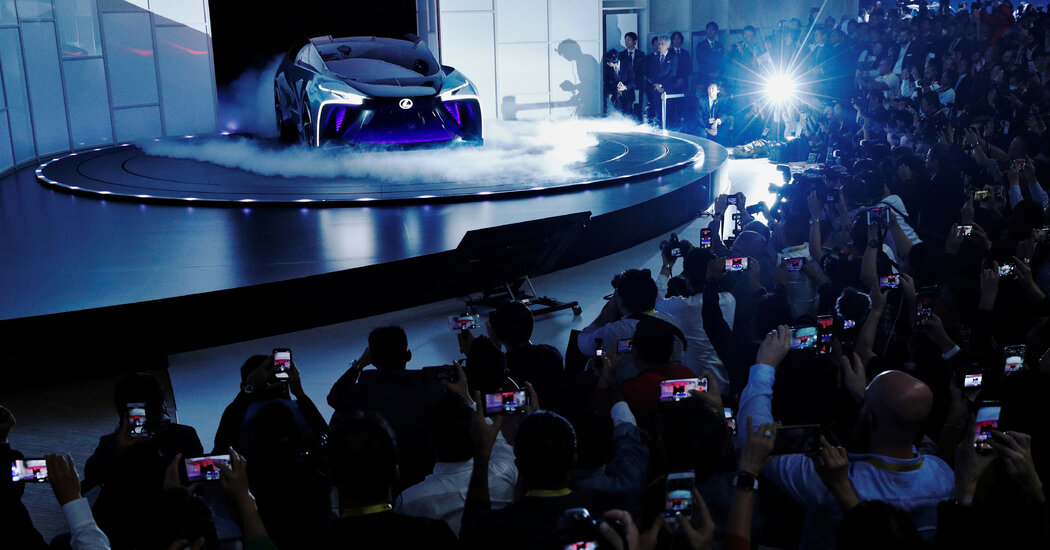 Toyota, the world’s largest carmaker, belatedly joined the electric vehicle bandwagon on Tuesday, saying it hoped that by the end of the decade battery-powered cars would account for one-third of sales and almost all of the sales of its Lexus luxury brand.

The Japanese automaker pioneered hybrid vehicles that use electric and gasoline motors, but it has been slower than rivals like Volkswagen, General Motors and Ford Motor to sell cars that run solely on batteries. G.M. aims to phase out gasoline-powered vehicles in favor of electrics by 2035.

Toyota said Tuesday that one of its factories in Japan is gearing up to begin producing an electric sport-utility vehicle developed with Subaru called the bZ4X. (BZ stands for “beyond zero.”) The vehicle will go on sale early next year, Akio Toyoda, the president of Toyota Motor Corporation, said at an event in Tokyo.

The company aims to produce 3.5 million electric vehicles by 2030, or about one-third of Toyota’s sales before the pandemic. Toyota will offer 30 battery-powered vehicles by the end of the decade, Mr. Toyoda said while standing amid rows of prototypes that also included an electric pickup truck, an off-road vehicle similar to the Toyota Land Cruiser, and a two-seat sports car.

The Lexus brand will sell nothing but electric vehicles by 2030 in the United States, Europe and China.

Pressure on traditional carmakers to go electric has been growing. Tesla has been taking a significant chunk of the high-end car market in the United States, Europe and China. Electric car sales have been growing faster than most carmakers expected because of government incentives as well as demand from car buyers who are concerned about the environment or who prefer electric cars for aesthetic or performance reasons.

In Europe, battery-powered vehicles account for more than 10 percent of new car sales. President Biden’s infrastructure plan is expected to boost electric vehicle sales in the United States. In addition to Teslas, there has been strong demand for cars like the Mustang Mach-E from Ford; an electric version of the Ford F-150 pickup coming next year; a Hummer pickup truck from G.M.; and the ID.4 S.U.V. from Volkswagen.

Mr. Toyoda, who has been criticized by environmentalists for the company’s resistance to electric cars, indicated that Toyota is still not ready to go all-in on electric vehicles. The company will continue to sell hybrids and fossil fuel-powered models because not every region has electric vehicle chargers and related infrastructure, he said.

“It is not us but local markets and our customers who decide which options to choose,” he said.