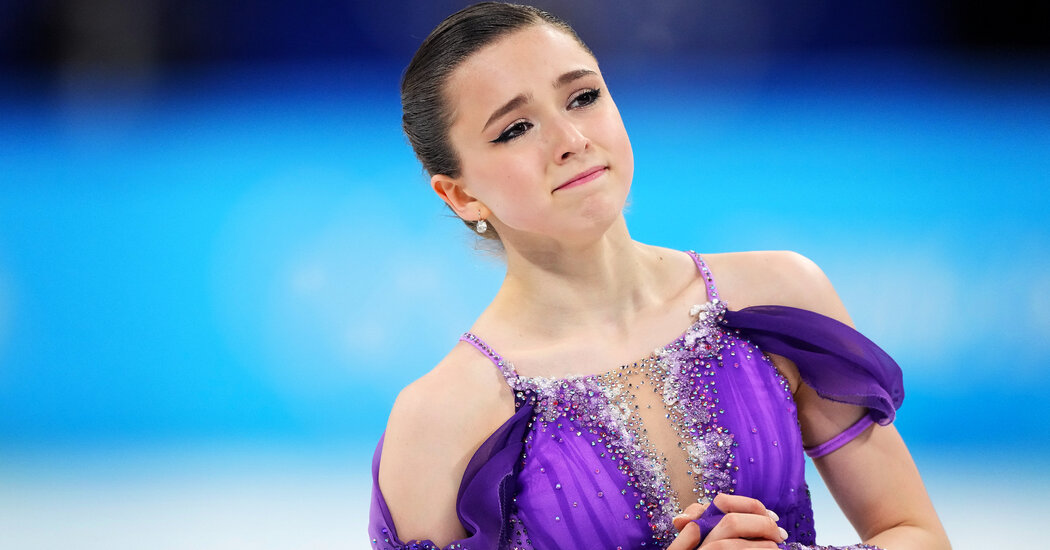 A sample provided by a teenage Russian figure skater to an antidoping laboratory before the Beijing Games included three substances that are sometimes used to help the heart, according to a document filed in her arbitration hearing on Sunday.

The skater, Kamila Valieva, was cleared to continue competing in the Games by a panel of arbitrators on Monday even though a drug found in her system, trimetazidine, is on the list of drugs banned by global antidoping officials. Valieva, 15, provided the sample in December, but Russian antidoping officials said they had learned of her positive result only last week.

But according to documents reviewed by The New York Times and confirmed by someone who took part in the hearing, the Stockholm laboratory that carried out the examination of Valieva’s sample also found evidence of two other substances that can treat the heart but are not on the banned list. Valieva even listed them, Hypoxen and L-carnitine, on a doping control form.

The presence of trimetazidine in Valieva’s system may have been a mistake, Russian and Olympic officials have suggested. But the discovery of several substances in the sample of an elite athlete, especially one as young as Valieva, was highly unusual, according to a prominent antidoping official.

“It’s a trifecta of substances — two of which are allowed, and one that is not allowed,” Travis Tygart, the chief executive of the United States Anti-Doping Agency, said when told of the discovery. He added that the benefits of such a combination “seem to be aimed at increasing endurance, reducing fatigue and promoting greater efficiency in using oxygen.”

Earlier on Tuesday, a member of the International Olympic Committee’s executive board told reporters that Valieva’s positive result might have stemmed from a case of contamination with medication that her grandfather had been taking. And in testimony provided to an earlier hearing with Russian antidoping officials on Feb. 9, and later submitted as evidence in Sunday’s hearing in Beijing, Valieva’s mother said her daughter had been taking Hypoxen because of heart “variations.”

Valieva’s grandfather did not testify in the original hearing in Russia, but he did provide a video shot in a car, according to a portion of the document. In the video, the document said, he said that he had used trimetazidine periodically when he experienced “attacks” and showed a packet of the medication to the camera. Valieva’s mother said in her evidence in the Russian hearing that Valieva’s grandfather had accompanied the teenager to practice on a daily basis and had stayed with Valieva until her mother returned home from work.

L-carnitine, a naturally occurring substance that converts fat into energy, has surfaced in significant doping cases in the past. In 2019, Alberto Salazar, then a coach of some of the world’s top distance runners, was barred from the sport for four years in part for giving improper infusions of the substance to his athletes in an effort to bolster their performance. Salazar’s ban has since been made permanent.

L-carnitine is allowed when taken orally, Tygart said, but prohibited if given in large amounts by an infusion or IV because it could give an unfair performance-enhancing advantage. It was not clear how Valieva had taken the supplement, or the concentration in her sample.

The World Anti-Doping Agency, which is charged with policing doping in global sports, declined to comment on the document. The Russian antidoping agency, known as RUSADA, did not immediately reply to a request for comment.

The document said that Valieva had declared three products on a doping control form that was submitted with the now-failed test. Those products, the document said, were L-carnitine, Hypoxen and Supradyn, an immunity boosting supplement.

WADA had been among the organizations that pressed for Valieva’s suspension from competition — which would have effectively ended her Olympics — last week after revelations that she had tested positive became public the day after she helped Russia’s skaters win the gold medal in the team competition in Beijing.

Cleared to compete by a panel of arbitrators on Monday, Valieva returned to the ice on Tuesday and took first place in the short program of the women’s singles competition. She is widely expected to win the event after the free skate on Thursday.

An athlete who tests positive for a banned substance can request a further test of their “B” sample, which was collected at the same time as the original. Valieva has yet to ask for hers to be analyzed. She was part of a testing pool of Russian athletes that the International Testing Agency, the body responsible for the antidoping program at the Games, had sought tests for before the Games.