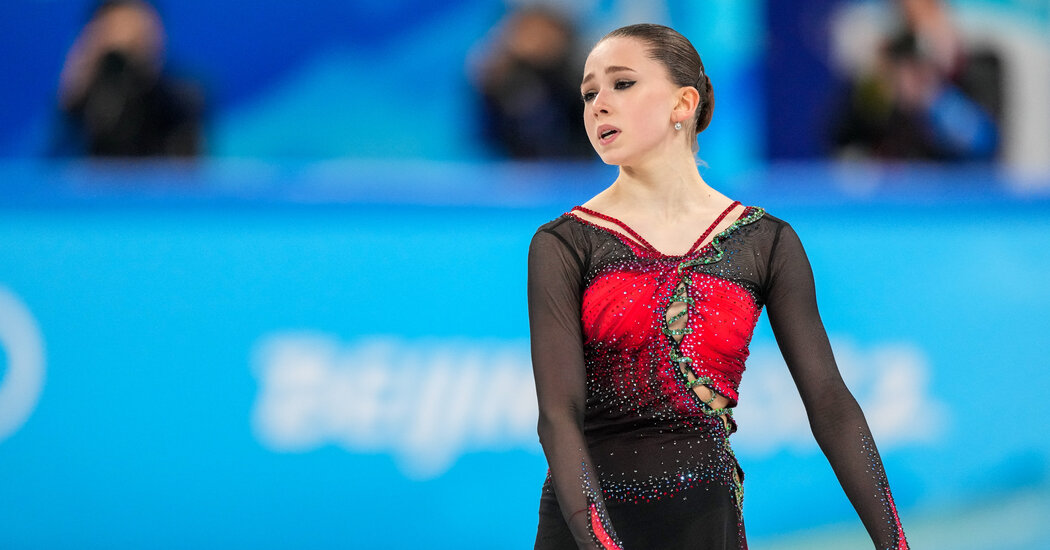 Several members of the Russian contingent were in tears by then, including not only Valieva but the silver medalist, Alexandra Trusova, too. In seconds, the scene at the edge of the rink quickly shifted to a blur of disparate emotions — crushing disappointment, raw frustration, incalculable pain — as the weight of a doping scandal and the pressures of years of training burst forth from several masked teenagers at once.

“I hate it!” Trusova was seen on camera saying. “I don’t want to do anything in figure skating ever in my life! Everyone has a gold medal, and I don’t!”

Valieva’s two Russian teammates, Shcherbakova and Trusova, seemed to struggle to process the news they had won gold and silver medals, their personal moments of triumph marred by the chaotic scene. Shcherbakova, 17, appeared unwilling — or unable — to celebrate with the 15-year-old Valieva only yards away. Trusova, 17, suggested, at least initially, that she did not want to take part in the victory ceremony.

Nearby, the bronze medalist, Kaori Sakamoto of Japan, was crying as well, her achievement producing what was very likely a different outpouring of emotion: joy.

All three would eventually come out for the ceremony that few had expected to take place. Called to the top step, Shcherbakova leapt into the air, arms aloft, as she accepted her stuffed animal souvenir, which many of the top finishers have received as placeholders ahead of their official medal ceremonies the next day.

“I was feeling a lot of pleasure because I happened to be in the right time and the right place and did the right things,” Shcherbakova said. But she quickly added, “On the other hand, I feel this emptiness inside.”