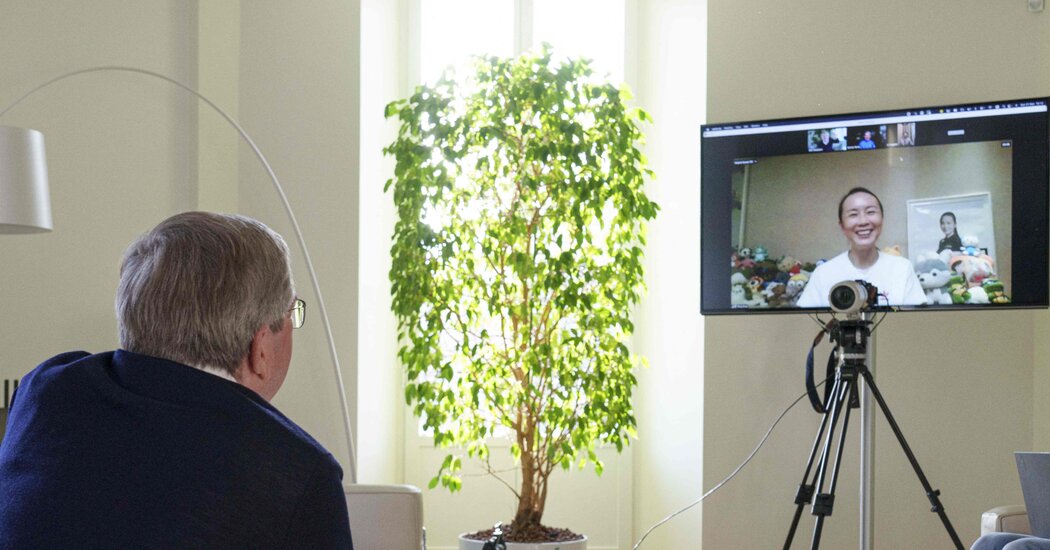 According to the I.O.C. statement, Bach invited Peng to a dinner when he arrives for the Games in Beijing, which would include Terho and Li Lingwei, an I.O.C. member and Chinese Tennis Federation official who also participated in the call.

However, the seemingly friendly banter and dinner plans did little to satisfy Steve Simon, the chief executive of the WTA Tour. Simon has been trying to establish independent contact with Peng for more than a week to no avail and has grown increasingly strident in his criticism of the Chinese government as its government-controlled media entities released a series of photos and videos of her.

In a statement on Sunday following the release of the I.O.C. video, a spokesperson for the WTA and Simon said, “It was good to see Peng Shuai in recent videos, but they don’t alleviate or address the WTA’s concern about her well-being and ability to communicate without censorship or coercion. This video does not change our call for a full, fair and transparent investigation, without censorship, into her allegation of sexual assault, which is the issue that gave rise to our initial concern.”

While several top sports officials have spoken out on Peng’s behalf, and asked the “Where is Peng Shuai” question that has gone viral in recent weeks, only Simon has made it clear that his organization will not hold any tournaments in China if the government does not grant her permission to move freely, speak openly about the assault allegations and investigate the incident.

The move could cost women’s pro tennis hundreds of millions of dollars of investment from China, but in a letter to China’s ambassador to the U.S. on Friday, Simon reiterated the organization’s position. He said the WTA would not be able to continue to hold its nine events in China, including the prestigious Tour Finals, scheduled to take place in Shenzhen through 2028, if he could not guarantee the safety of tennis players in the country.

The men’s pro tour has also demanded assurance of Peng’s safety but has not threatened to stop holding tournaments in China, which has widely been viewed as a major growth market for all sports but presents significant moral hazards for anyone conducting business with an increasingly authoritarian government.

“Money trumps everything,” said Martina Navratilova, the former champion and tennis commentator, who defected to the United States when she was 18 years old to escape communist rule in Czechoslovakia.