What We Know About Sunny Balwani 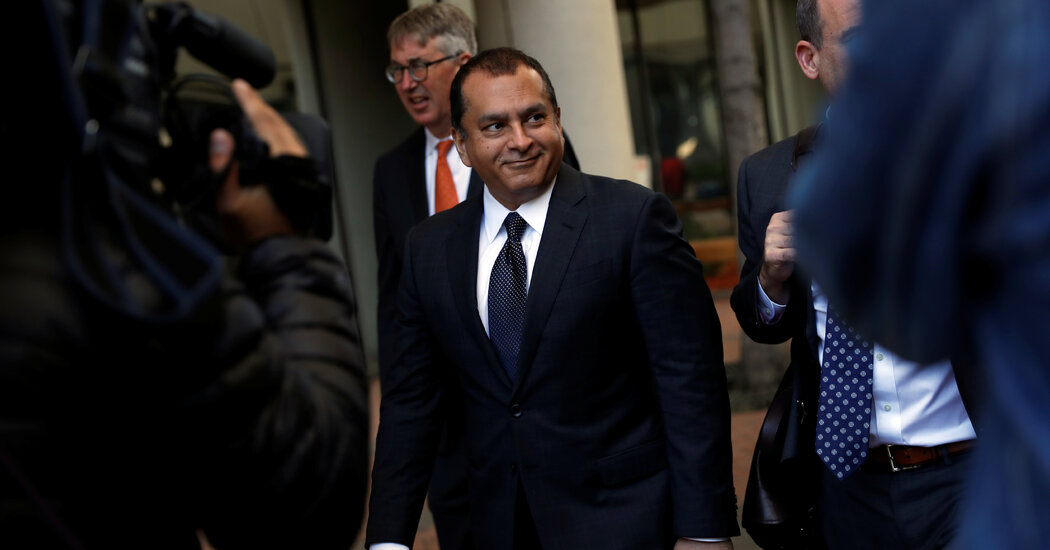 Who is Sunny Balwani, Elizabeth Holmes’s former right hand at Theranos and her former boyfriend, and where has he been throughout her fraud trial? On Tuesday, Ms. Holmes brought up Mr. Balwani several times in testimony.

Mr. Balwani’s lawyer, Jeffrey Coopersmith, was in the courtroom last week, taking notes in a large yellow notebook, reading legal documents on his phone and declining to comment on his client. But of Mr. Balwani, there has not been a trace.

Nor did he seem to be at home on a recent Sunday morning in Atherton, Calif., the Silicon Valley community that the richest of the techno-rich call home. No one answered the gate buzzer outside his 8,800-square-foot house, which he bought in 2018. There were no cars to be seen and no lights on. Zillow values the property at $19 million.

The mystery of Mr. Balwani’s whereabouts was in keeping with what is known about him, which is very little, including why he is called “Sunny.” His given name is Ramesh, which was what he was called in a handful of stories and news releases in 1999, when he was a dot-com guy. It was also on his divorce papers from a Japanese artist in 2002. By the time he was co-authoring patents at Theranos a decade later, he was simply Sunny.

Mr. Balwani’s early career was in software. He was a Northern California sales manager for Microsoft, selling the company’s products to executives at other firms. On Oct. 4, 1999, when the dot-com boom was roaring, he joined a start-up called CommerceBid.com as president.

CommerceBid built platforms that enabled businesses to pit suppliers against each other to drive down costs. That idea seemed to have unlimited potential, and CommerceBid did not even make it to its first birthday before it was bought by another company in the space, called Commerce One, for $225 million. A few weeks later, Commerce One, whose shares were publicly traded, was worth $20 billion.

Then the collapse came. A recession forced businesses to cut spending, and executives wondered if maybe the technology did not work well in any case. By 2004, Commerce One was worth nothing. It was a routine dot-com rags-to-riches-to-rags story, hardly even remembered among the bigger flameouts of the era.

Failure in Silicon Valley has been considered a virtue because it teaches valuable lessons. But it often can be rewarding in its own right. Mr. Balwani made it out with a reported $40 million.

He later became the chief operating officer at Theranos and had a romantic relationship with Ms. Holmes, which has been detailed in emails submitted to the court. Mr. Balwani also faces fraud charges, and his case is scheduled to go trial next year. Like Ms. Holmes, he has pleaded not guilty.