Will Juan Carlos, Spain’s Disgraced King, Get a Royal Homecoming? 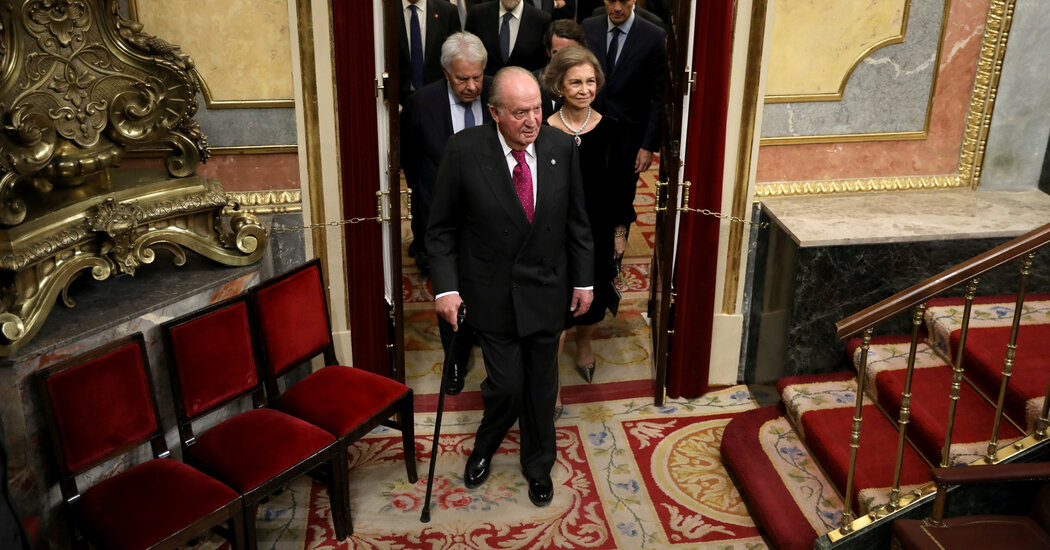 MADRID — At Casa Lucio, an old-fashioned eatery near the royal palace in Madrid that the former Spanish king, Juan Carlos, used to frequent, people chattered on a recent afternoon about the disgraced monarch’s possible return. Javier Blázquez, whose family owns the restaurant, said he was ready to welcome back his favorite guest.

In 2014, after a raft of scandals, the king of nearly 40 years abdicated the throne. When prosecutors began investigating his finances, he mysteriously vanished in 2020, then he resurfaced weeks later in the United Arab Emirates, where the Spanish prosecutors could not reach him.

But recent months have seen a turn of luck for Juan Carlos, 83. A number of the cases against him have either been dropped or cleared up, leading to calls from some Spaniards to let him come home without fear of spending the rest of his life in jail.

“I’m happy for him to come back,” Mr. Blázquez said. “The reign of Juan Carlos brought the longest era of peace and prosperity for Spain.”

It was a steep fall from grace for a monarch who was beloved by Spaniards in the kind of adoring way that many Britons revere Queen Elizabeth II. He was credited with restoring Spanish democracy and uniting the country after the dictator Francisco Franco, who died in 1975, made Juan Carlos his successor.

Things began to look up for the former king when prosecutors in Switzerland said recently that they would drop a money-laundering case against Juan Carlos that involved kickbacks for a high-speed rail line in Saudi Arabia and for a Spanish company. Another investigation in Spain was paused this year after Juan Carlos paid more than five million euros of back taxes in 2020 and 2021.

And Spain’s prosecutors say they see little hope for success in a raft of remaining corruption cases because the alleged wrongdoing took place before the abdication, when Juan Carlos had immunity from prosecution.

“It’s only logical that he comes and he stays here,” Felipe González, Spain’s former prime minister, said this month.

The country’s current prime minister, Pedro Sánchez, said recently that the royal family had not consulted him on a possible return and that Juan Carlos still “needs to give an explanation” for his scandals, though it is not clear what that would entail.

A spokesman for the royal family did not respond to a request for comment.

Iñaki Gabilondo, a Spanish journalist who spent decades as an anchor on the country’s leading news shows, said whether Juan Carlos was allowed to return to Spain seemed beside the point: The fact that he had to flee the country and pay millions in back taxes had done lasting damage to him and his family.

“He might be free from the law, but his reputation is left completely stained,” Mr. Gabilondo said.

Juan Carlos once enjoyed broad support across the political spectrum, reflected in an old Spanish motto that goes, “I’m not a monarchist, I’m a Juan Carlist.”

Much of that good will was historical.

Though designated as Franco’s heir, Juan Carlos largely shunned the dictator’s legacy and secretly met with opposition politicians to plan Spain’s transition to a democracy.

In 1981, when Spanish soldiers burst into the Congress with weapons, Juan Carlos took to television to denounce them, a move credited with ending the coup and saving Spanish democracy.

For years, Juan Carlos appeared to be running a new kind of monarchy, Mr. Gabilondo said.

“It was meant to be the crown without the trappings of the court,” he said, adding that many had hoped Juan Carlos’s reign would be without the lavishness and palace intrigue that were typical of other monarchies.

But for some, the corruption scandals and news that he may return having gotten off virtually scot-free have tarnished the image of Juan Carlos and the entire royal family, especially his son, Felipe VI, who is currently king.

“Any other person who occupies the same position can simply do the same thing,” said Ione Belarra, Spain’s social rights minister, who belongs to the left-wing Podemos party.

Luis Galán Soldevilla, a law expert at the University of Córdoba, said the challenge for prosecutors was not just building complicated cases that crossed international borders, but also the fact that the target was a former head of state.

One of the key cases investigated both in Spain and Switzerland had to do with a high-speed rail line connecting the Saudi cities of Mecca and Medina.

In tapes published in the Spanish news media, Corinna Larsen — a woman who claims she was a lover of Juan Carlos’s — and a high-ranking former police officer allegedly talk of Juan Carlos receiving a $100 million kickback payment for helping get the contract to the Spanish firm that built the line. The royal family has neither confirmed nor denied a relationship.

Another high-profile case involved accusations that Juan Carlos had taken out large sums of money using credit cards that were not in his name, but rather were registered under two offshore foundations based in Panama and Lichtenstein.

By funneling his money through the foundations, Juan Carlos would have been able to avoid paying taxes on his luxury lifestyle, which included the purchases of horses, according to reports in the Spanish news media that cited investigators.

However, Mr. Soldevilla noted, the two investigations had to do with events that took place while Juan Carlos was king, and could not be prosecuted under the Spanish Constitution. And the back tax payments that Juan Carlos made rendered the case moot.

“You can talk about morality, but this is the scope of the law,” Mr. Soldevilla said, speaking of the issue of immunity.

One scandal, however, has yet to be resolved.

A court case filed by Ms. Larsen claims that the former king spied on her with the help of Spain’s intelligence agencies. A court in Britain, where Ms. Larsen lives, has issued her a restraining order against the former king, but so far has not decided whether the case may proceed as Juan Carlos is also seeking immunity there.

Such claims have left a sour taste in the mouths of some in Spain, especially on the left.

“The impunity that Juan Carlos enjoys degrades the democratic bona fides of Spanish institutions, starting with the justice system that seems incapable of applying the same standards to the powerful as it does to normal citizens,” said Enrique Santiago, the secretary of Spain’s Communist Party.

Mr. Gabilondo, the news anchor, said it was a shame that the former king had left Spain so divided over his return given Juan Carlos’s role in uniting the country after the dictatorship.

“The figure of Juan Carlos has become exactly the opposite of what it once was,” he said. “For years, he was the big factor in our national harmony, now he’s the source of discord. And his return will be an even bigger problem for that.”