Workers in Europe Are Demanding Higher Pay as Inflation Soars 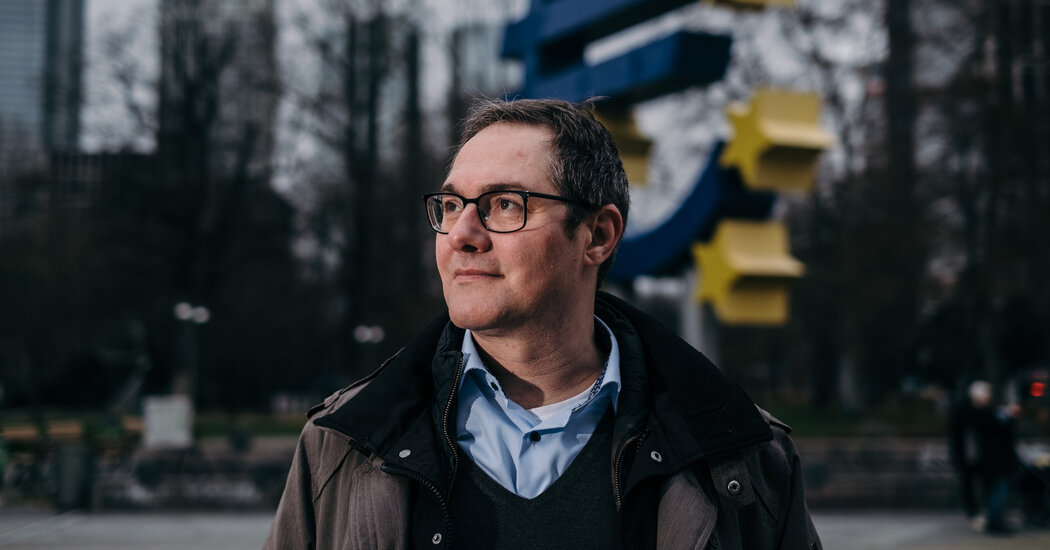 PARIS — The European Central Bank’s top task is to keep inflation at bay. But as the cost of everything from gas to food has soared to record highs, the bank’s employees are joining workers across Europe in demanding something rarely seen in recent years: a hefty wage increase.

“It seems like a paradox, but the E.C.B. isn’t protecting its own staff against inflation,” said Carlos Bowles, an economist at the central bank and vice president of IPSO, an employee trade union. Workers are pressing for a raise of at least 5 percent to keep up with a historic inflationary surge set off by the end of pandemic lockdowns. The bank says it won’t budge from a planned a 1.3 percent increase.

That simply won’t offset inflation’s pain, said Mr. Bowles, whose union represents 20 percent of the bank’s employees. “Workers shouldn’t have to take a hit when prices rise so much,” he said.

Inflation, relatively quiet for nearly a decade in Europe, has suddenly flared in labor contract talks as a run-up in prices that started in spring courses through the economy and everyday life.

From Spain to Sweden, workers and organized labor are increasingly demanding wages that keep up with inflation, which last month reached 4.9 percent, a record high for the eurozone.

Austrian metalworkers wrested a 3.6 percent pay raise for 2022. Irish employers said they expect to have to lift wages by at least 3 percent next year. Workers at Tesco supermarkets in Britain won a 5.5 percent raise after threatening to strike around Christmas. And in Germany, where the European Central Bank has its headquarters, the new government raised the minimum wage by a whopping 25 percent, to 12 euros (about $13.60) an hour.

The upturns follow a bout of anemic wage growth in Europe. Hourly wages fell for the first time in 10 years in the second quarter from the same period a year earlier, although economists say pandemic shutdowns and job furloughs make it hard to paint an accurate picture. In the decade before the pandemic, when inflation was low, wages in the euro area grew by an average of 1.9 percent a year, according to Eurostat.

The increases are likely to be debated this week at meetings of the European Central Bank and the Bank of England. E.C.B. policymakers have insisted for months that the spike in inflation is temporary, touched off by the reopening of the global economy, labor shortages in some industries and supply-chain bottlenecks that can’t last forever. Energy prices, which jumped in November a staggering 27.4 percent from a year ago, are also expected to cool.

The E.C.B., which aims to keep annual inflation at 2 percent, has refrained from raising interest rates to slow climbing prices, arguing that by the time such a policy takes effect, inflation would have eased anyway on its own.

“We expect that this rise in inflation will not last,” Christine Lagarde, the E.C.B. president, said in an interview in November with the German daily F.A.Z., adding that it was likely to start fading as soon as January.

In the United States, where the government on Friday reported that inflation jumped 6.8 percent in the year through November, the fastest pace in nearly 40 years, officials are not so sure. In congressional testimony last week, the Federal Reserve chair, Jerome H. Powell, stopped using the word “transitory” to describe how long high inflation would last. The Omicron variant of the coronavirus could worsen supply bottlenecks and push up inflation, he said.

In Europe, unions are also agitated after numerous companies reported bumper profits and dividends despite the pandemic. Companies listed on France’s CAC 40 stock index saw margins jump by an average of 35 percent in the first quarter of 2021, and half reported profits around 40 percent higher than the same period a year earlier.

Workers say that they have not benefited from such gains, and that inflation has made things worse by abruptly slashing their purchasing power. Companies, for their part, are wary of linking salaries to inflation — a policy that also makes the European Central Bank nervous.

Surging energy costs have been “a shock on incomes,” said James Watson, chief economist for Business Europe, the largest business trade association. “But if you try to compensate by raising wages, there’s a risk that it’s unsustainable and that we enter into a wage-price spiral,” he said.

European policymakers are watching carefully for any signs that companies are passing the cost of higher wages on to consumers. If that happens, it could create a dangerous run-up of higher prices that might make inflation chronic.

Negotiated wage increases have been averaging around 2.5 percent, below inflation’s current pace. “Will wage hikes be inflationary? Not really,” he said. “The eurozone is not at a severe risk.”

But as climbing prices continue to unnerve consumers, labor organizations are unlikely to ease up. Gasoline prices recently hit €2 a liter in parts of Europe — equal to over $8 a gallon. Higher transportation costs and supply chain bottlenecks are also making supermarket basics more expensive.

After employees blocked warehouses for 10 days and demonstrated in the cold, the company, Leroy Merlin, agreed to a 4 percent raise for its 23,000 workers in France — twice the amount that management originally offered. The company, owned by Adeo, Europe’s biggest DIY chain, saw revenue climb over 5 percent in 2020 to €8 billion as housebound consumers decorated their homes and people like Ms. Negoce worked the front lines to ring up sales.

Her monthly take-home pay will rise in January to €1,300 from €1,250. The additional cash will help offset a 25 percent jump in grocery and gas bills for her two teenage children and husband — just barely.

On a recent trip to the supermarket, her basket of food basics, including rice, coffee, sugar and pasta, jumped to €103 instead of the €70 to €80 she paid a few months back. Filling her gas tank now costs €75 instead of €60. And even with her husband’s modest salary, she said, the couple will still be in the red at the end of the month.

“We’re happy with the raise, because every little bit helps,” Ms. Negoce said. “But things are still tight, and we’ll need to count every penny.”

In a statement, Leroy Merlin said the agreement maintains employees’ purchasing power and puts its average salaries for next year at 15 percent above France’s gross monthly minimum wage, which the government raised in October by 2.2 percent.

Crucially, executives also agreed to return to the bargaining table in April if a continued upward climb in prices hurts employees.

At Sephora, the luxury cosmetics chain owned by LVMH Moët Hennessy Louis Vuitton, some unions are seeking an approximately 10 percent pay increase of €180 a month to make up for what they say is stagnant or low pay for employees in France, many of whom earn minimum wage or a couple hundred euros a month more.

LVMH, which recorded revenue of €44.2 billion in the first nine months of 2021, up 11 percent from 2019, raised wages at Sephora by 0.5 percent this year and granted occasional work bonuses, said Jenny Urbina, a representative of the Confédération Générale du Travail, the union negotiating with the company.

Sephora has offered a €30 monthly increase for minimum wage workers, and was not replacing many people who quit, straining the remaining employees, she said.

“When we work for a wealthy group like LVMH no one should be earning so little,” said Ms. Urbina, who said she was hired at the minimum wage 18 years ago and now earns €1,879 a month before taxes. “Employees can’t live off of one-time bonuses,” she added. “We want a salary increase to make up for low pay.”

Sephora said in a statement that only a small percentage of workers were striking for higher wages, and that “the question of the purchasing power of our employees has always been at the heart” of the company’s concerns.

At the European Central Bank, employees’ own worries about purchasing power have lingered despite the bank’s forecast that inflation will fade away.

A spokeswoman for the central bank said the 1.3 percent wage increase planned for 2022 is a calculation based on salaries paid at national central banks, and would not change.

But with inflation in Germany at 6 percent, the Frankfurt-based bank’s workers will take a big hit, Mr. Bowles said.

“It’s not in the mentality of E.C.B. staff to go on strike,” he said. “But even if you have a good salary, you don’t want to see it cut by 4 percent.”