A Diplomatic Boycott of the Winter Olympics Isn’t Enough 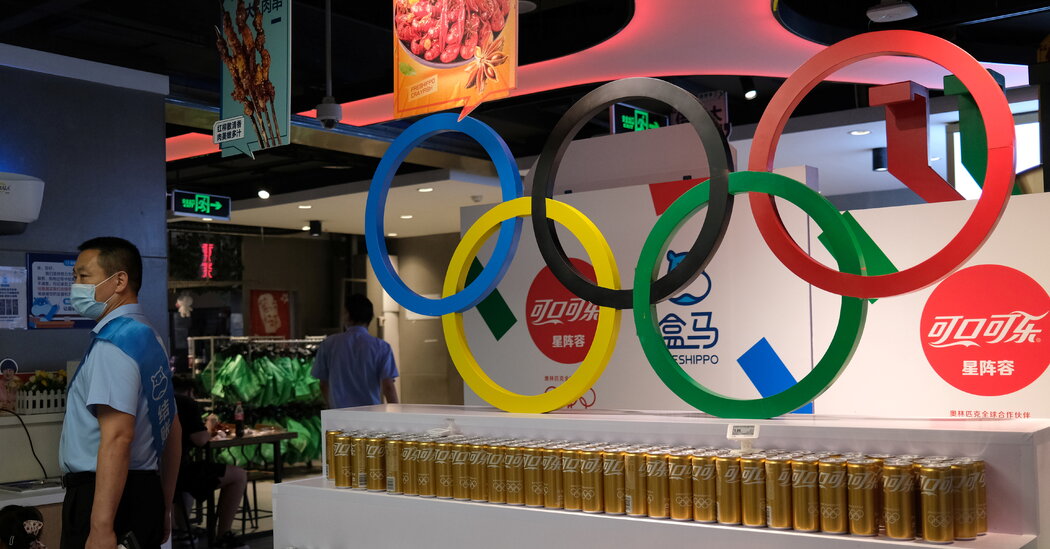 The decision by President Biden to have his administration steer clear of the Beijing Winter Olympics is not enough.

With the Games two months away and the host country’s ugly record on human rights well in view once again, more needs to be done to send China a message that it operates outside the bounds of acceptable behavior.

Yes, the diplomatic boycott announced this week by the Biden administration was a wise move, a public rebuke to China’s growing list of human rights atrocities and a guarantee that the United States’ emissaries would not lend tacit approval of these Games with their attendance.

Human rights organizations joined the American government and lawmakers from several nations in describing China’s treatment of its ethnic Muslim minorities as genocide and denouncing crackdowns on pro-democracy protests in Hong Kong. Pressure to hold China to task has only grown in the weeks since Peng Shuai, a Chinese tennis star, disappeared from public view in November after she accused a top Communist Party leader of sexual assault.

Imagine the kowtowing signal sent if Biden had attended the Beijing Games, as President George W. Bush did when China hosted the Summer Olympics in 2008, a move that gave legitimacy to a nation engaged in a brutal crackdown in Tibet.

Too often, given the International Olympic Committee’s track record of awarding the Games, the prospect of taking a stand against a host country’s suppressant government falls to the athletes. Take a stand while at the Games and be questioned for not staying home, or say nothing and be party to transgression.

“To be silent is to be complicit,” said Clare Egan, the American biathlete, speaking over the phone this week from Austria, where she is prepping to compete in her second Winter Games.

Egan was the rare Beijing-bound Olympian willing to speak on the record with me about China. Several athletes either declined my queries outright or told me they would only speak about China off the record, fearing reprisal. One such competitor expressed concerns about safety at the Games and said the host nation’s recent track record of quashing critics highlighted the need to be circumspect.

It is an unfair position for the Olympics’ labor force, most of whom toil away for years in obscure sports that barely pay the bills. U.S. and Soviet athletes traded state-ordered boycotts of the 1980 Moscow and 1984 Los Angeles Games. In 2020, the chief executive of the U.S. Olympic and Paralympic Committee apologized to the American competitors for the folly of that decision.

“It’s abundantly clear in hindsight that the decision to not send a team to Moscow had no impact on the global politics of the era and instead only harmed you — American athletes who had dedicated themselves to excellence and the chance to represent the United States,” Sarah Hirshland wrote.

Egan noted the complex role of big business in the Olympics. Athletes and teams receive crucial funding from corporations. At the same time, corporations also help pay for the Games and use them for marketing — and wield serious influence.

“If I were the chief executive officer of a corporation that was spending a lot of money on sponsorship of any event or organization, I would certainly want to make sure that that event or organization was going to reflect back well on me,” said Egan, chair of the International Biathlon Union’s Athletes’ Committee.

Sadly, that’s not happening at Beijing 2022, which some are calling the Genocide Games.

Instead of using their significant clout to speak boldly for human rights in China — or, even stronger, speaking boldly and pulling up stakes entirely — the corporate sponsors that underwrite the Games and use the Olympics as a marketing tool are putting profit over morality.

Yes, that means you, Visa. And you, Procter & Gamble. And you, Coca-Cola, Airbnb and several others that are among the biggest sponsors of the Games.

Big business mostly appears to be lying low. Usually, by now, with the Olympics this close, we would be inundated with advertising touting each company’s role in supporting the coming Games. Not this time around.

The corporations know what we all know: The Beijing Games can hardly live up to the Olympics’ stated ideals of being an exemplar of the best in humanity.

Remember that the Beijing Winter Games were awarded to China in 2015, the year after the 2014 Winter Olympics. That event took place, of course, in Russia, another authoritarian nation that disregards human rights and, at the Games in which it played host, pulled off one of the most devious and wide-ranging doping schemes in sports history.

Why did she disappear? On Nov. 2, Ms. Peng posted a long note on the Chinese social platform Weibo that accused Zhang Gaoli, 75, a former vice premier, of sexual assault. Within minutes, censors scrubbed her account and a digital blackout on her accusations has been in place ever since.

Remember, too, the Beijing Summer Games of 2008, which offered China the gloss of international legitimacy as it violently quashed dissent in Tibet.

Need we go back to the 1936 Games, hosted by Hitler’s Berlin, to show that the Olympics have no scruples in giving one of the greatest platforms in sports to heinous dictators?

The calls for diplomatic or athlete boycotts have been met by some who say the I.O.C. should move the Beijing Games to another location, even on short notice.

In lieu of those protests, the next steps should come from the entities that carry the most sway: the sponsors of the Games.

This summer, executives representing several corporations based in the United States and backing the Games appeared before the Congressional-Executive Commission on China and were asked for their views on Beijing 2022.

These companies stood publicly for justice after George Floyd’s murder and months of self-examination over race in America. But with rare exception, when pressed by lawmakers on an issue far from American shores in a country possessing a tantalizing bonanza of customers, their bold stances for justice wilted with the wind.

When asked if the looming Games should be moved or postponed, a consensus appeared among them: Keep mum, and wash hands of true responsibility.

“We do not make decisions on these host locations,” said Paul Lalli, Coca-Cola’s global vice president for human rights, as if the world’s powerful multinationals lack influence. “We support and follow the athletes wherever they compete.”

Maybe the corporations should take a cue from something Egan told me about the Olympic movement’s stance of political neutrality. “When you see something wrong, you should not just sit there and do nothing.”