About 20 Apple Stores Are Now Closed as the Omicron Variant Surges. 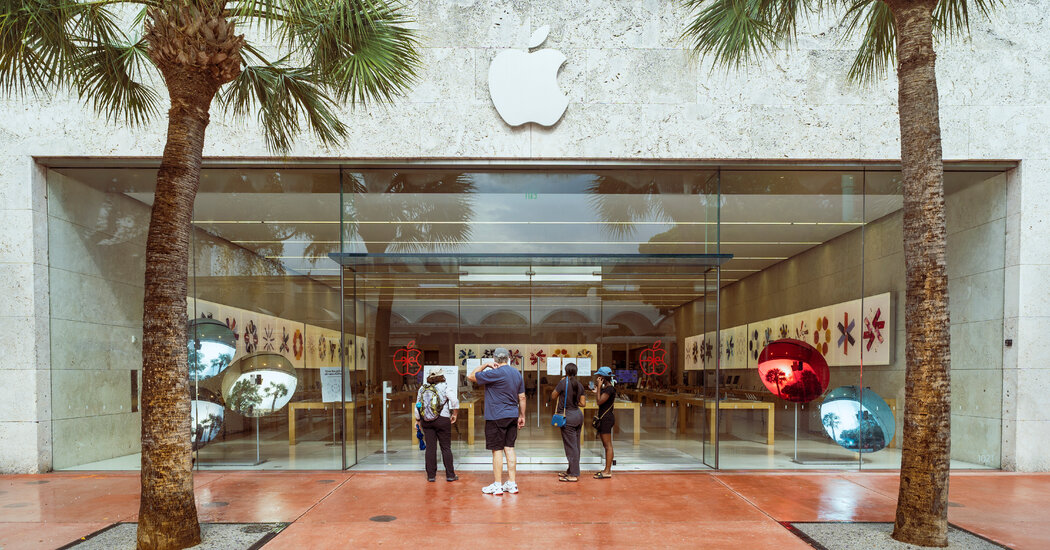 Apple said on Monday that about 20 of its retail stores were closed because of a wave of Covid-19 cases among employees that had left the stores unsafe and understaffed.

A handful of stores in Washington State also closed because of storms, the company said.

Some of the stores had been closed as a precautionary measure to protect employees and customers from being infected; others were closed because not enough healthy employees were available to remain open.

“We regularly monitor conditions, and we will adjust our health measures to support the well-being of customers and employees,” Amy Bessette, an Apple spokeswoman, said in a statement, adding that workers were tested regularly.

Apple employees have been increasingly frustrated with their work environment as the Omicron variant has fueled a surge of cases around the country. On Christmas Eve, several dozen Apple workers walked out of stores to demand better pay, more sick leave and better working conditions.