After 4 Killings, ‘Officer of the Year’ Is Still on the Job 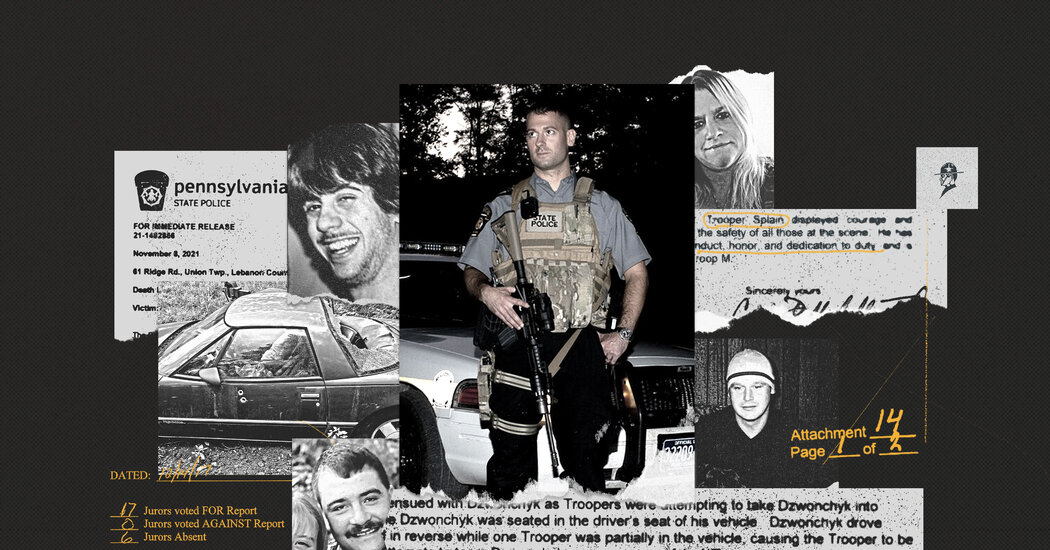 Trooper Splain, who is on desk duty until the pending inquiry is completed, did not return calls or reply to a letter seeking comment. The other troopers who were involved in the shootings or who led the investigations declined to comment or did not respond to messages. David Kennedy, the president of the state troopers’ union, responded on Trooper Splain’s behalf to written questions, saying he had acted with courage and “was forced to make split-second decisions no one hopes they ever have to make.”

Cpl. Brent Miller, a spokesman for the Pennsylvania State Police, said, “We are confident we have the resources to investigate such incidents thoroughly and objectively.” He referred questions on the killings to district attorneys. Asked whether Trooper Splain had ever faced disciplinary action, Cpl. Miller said that any such records were confidential.

All troopers involved in shootings must attend specialized training to assess their physical and mental fitness before returning to active duty, he said, adding that in some cases, troopers may also be required to undergo use-of-force training at the police academy.

“Four is incredibly unusual,” he said. “That is out there on the edge.” Even if the shootings can be legally justified, he said, the pattern needs to be “examined very closely” to determine why the same officer repeatedly resorted to deadly force. “Because they can, it doesn’t mean they should,” he said.

It’s not clear how common it is for police officers to fatally shoot multiple people during their careers. No database keeps track. In 2012, an officer in Scottsdale, Ariz., retired after his sixth fatal shooting. In 2015, a sheriff’s deputy in Broward County, Fla., was involved in his fourth fatal shooting. Both officers belonged to SWAT teams, called into dangerous situations where gunfire is most common.

Trooper Splain, 41, is a patrol officer who works in largely rural swaths of Pennsylvania, where the state police rarely kill anyone. During his time on the force, he has been responsible for four of the nine fatal shootings by troopers in the three counties where they occurred, according to a Times analysis of cases identified by the research group Fatal Encounters. The killings by Trooper Splain were reported by local news outlets, although he was mentioned by name only in one case.