Biden Is Still Willing to Talk to Putin, Blinken Says 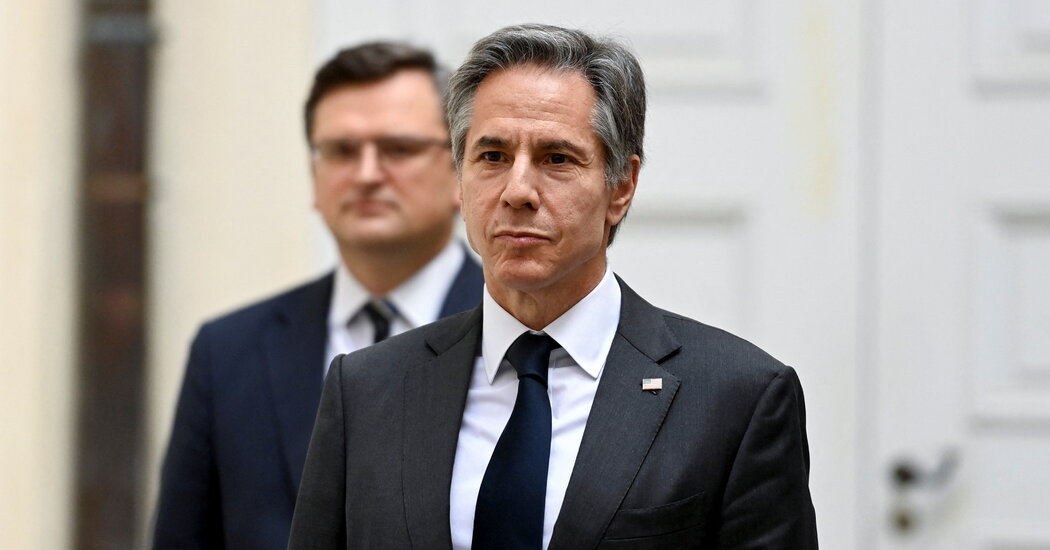 WASHINGTON — Secretary of State Antony J. Blinken said on Sunday that President Biden was still willing to talk to President Vladimir V. Putin of Russia despite the U.S. government’s assessment that Mr. Putin has already decided to invade Ukraine.

“We believe President Putin has made the decision, but until the tanks are actually rolling, and the planes are flying, we will use every opportunity and every minute we have to see if diplomacy can still dissuade President Putin from carrying this forward,” Mr. Blinken said on CNN’s “State of the Union.”

Mr. Biden and Mr. Putin last spoke for one hour by telephone on Feb. 12. In that call, Mr. Biden warned Mr. Putin that a new invasion of Ukraine would result in “swift and severe” costs for Russia. Mr. Biden has promised to impose harsh economic sanctions against Russia if Mr. Putin carries out an invasion, although Beijing, which has strengthened its ties to Moscow, could help blunt those penalties.

Mr. Biden said on Friday that he believed Russia would invade Ukraine within days. In recent weeks, the Russian military deployed more than 150,000 troops around Ukraine, positioning them along the country’s western border with Ukraine, on the Crimean Peninsula that Russia seized from Ukraine in 2014, and in Belarus, which has a pro-Moscow government. U.S. officials describe it as the largest military buildup in Europe since World War II.

Mr. Blinken said on Sunday that Russia was still taking all the steps expected by the United States for what could be a violent and large-scale incursion into Ukraine.

“As we’ve described it, everything leading up to the actual invasion appears to be taking place,” he said, hours after returning from the Munich Security Conference, where he and Vice President Kamala Harris tried to rally nations to put pressure on Russia to defuse the crisis.

He also criticized Russia’s decision to keep troops in Belarus beyond this weekend, when joint military exercises between the allies had been scheduled to end. The Belarus Defense Ministry announced on Sunday that the countries were extending the exercises. U.S. officials have warned that the exercises could serve as a cover for Russia to position combat forces closer to the Ukrainian capital, Kyiv.

“Now they’re justifying the continuation of exercises — exercises, in quotation marks — that they said would end now,” Mr. Blinken said, describing it as part of Russia “continuing to ramp up tensions.”

Later in the morning, Mr. Blinken said on CBS News’ “Face the Nation” that a National Security Council meeting planned for Sunday would be “an opportunity to review the latest information, the latest intelligence, to check signals, to check plans.”

Mr. Blinken and Mr. Biden have said Russia would try to create a pretext for an invasion of Ukraine, perhaps in the form of violent “false flag” operations that Moscow would attribute to the Ukrainian military, and carry out a disinformation campaign to present justification for action. Russia-backed insurgents in eastern Ukraine have increased their artillery shelling of Ukrainian forces and civilian areas in recent days. Pro-Russia officials who control the city of Donetsk have ordered residents to evacuate, claiming without evidence that the Ukrainian military is about to attack.

The State Department said Thursday that Mr. Blinken had accepted an invitation from Sergey V. Lavrov, Russia’s foreign minister, to meet this week in Europe. The two struck a conciliatory tone when they met in Geneva on Jan. 21. But Mr. Putin proceeded to amass his military forces around Ukraine in the weeks afterward.