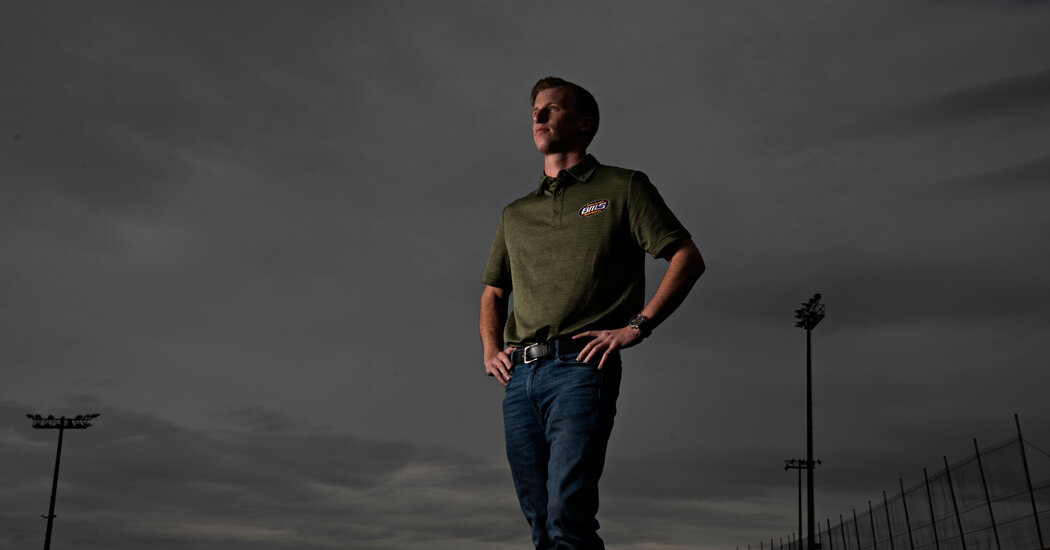 My colleague, the columnist John McWhorter, a trained linguist, noted in a recent essay that the catchphrase was an American instance of a euphemistic language practice known in South Africa as hlonipha, in which an innocuous word or phrase is substituted for an utterance that may give offense. “Let’s Go, Brandon!” also functions as “in-group salute” for Republicans, Mr. McWhorter wrote.

That seemed not to sit very well with Mr. Brown. “I don’t want it to just be the substitute for a cuss-word,” he said. Then he reconsidered his position: “I mean, if it’s making it more polite, then, by God, I guess, go ahead,” he said.

Part of his problem is that he faces a microcosm of what NASCAR is navigating. The car racing association’s “challenge is to appeal to a new audience without alienating an old one, even as it seeks to distance itself from some of what that old audience held dear,” Roy Furchgott wrote recently in The New York Times. NASCAR is trying to appeal to a younger and more diverse new generation of fans and to hang on as a cultural hub of the conservative white South. Earlier in the day of Mr. Brown’s victory, a group of race fans convoyed with Confederate flags outside the speedway, the fourth such protest of NASCAR’s ban of Confederate flags from its events.

“This whole Talladega race win was supposed to be a celebration, and then it was supposed to be something that I was able to use to move up, and I really wanted to capitalize on that,” Mr. Brown said. “But with this meme going viral, it was more of, I had to stay more silent, because everybody wanted it to go on to the political side. I’m about the racing side.”

Before our lap, we talked about racing, and Mr. Brown was animated and intense as he explained the basics: how the Xfinity Series is similar to AAA, the highest rung of minor-league baseball, and why conserving gas is crucial (you lose time refueling). After the drive, we sat down at a picnic table by the Dominion Raceway. My stomach began to settle, and I started asking him about politics.

Mr. Brown looked away from me, over the track, trying to make sure he spoke carefully. He is a Republican, he said. He makes sure to vote on Election Day, and he would like to encourage others to vote, as well, but he would rather not say who he voted for.

And did he think we should, well, cuss at Joe Biden?

“The issue is, I don’t know enough about politics to really form a true opinion, so I really focus on racing,” he said.