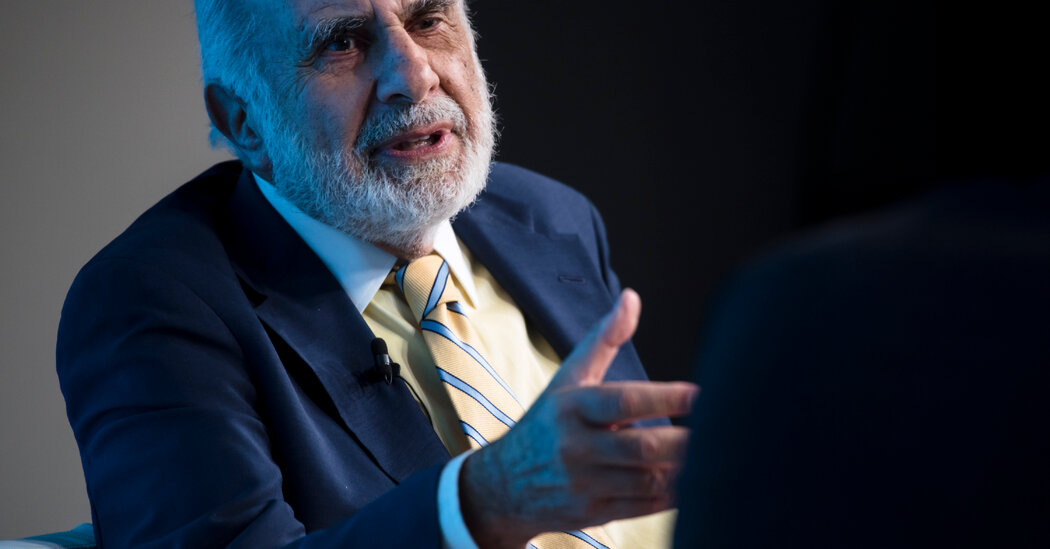 The billionaire investor Carl Icahn began his battle with McDonald’s in his usual fashion — buying a small stake in the company and then pushing his own candidates for its board. But what’s different this time is the issue — better treatment for the pigs whose meat goes into McDonald’s sausage patties and other pork products.

On Sunday, McDonald’s confirmed that Mr. Icahn, who it says owns 200 shares in the restaurant chain, had nominated two people to its board over the matter — in what is likely to be the start of a bitter, and peculiar, contest.

Unlike the typical target of corporate agitators, McDonald’s has done well, with its shares climbing more than 18 percent over the past 12 months to give it a market capitalization of $187 billion. And while Mr. Icahn’s stake in the company is small, activist investors with social causes have had recent success on small stakes, like Engine Capital’s board victory at Exxon Mobil last year over its climate strategy.

Mr. Icahn is arguing that McDonald’s has not fully lived up to its commitment to change the way in sources its pork. McDonald’s in 2012 pledged to phase out the use of so-called gestational crates, the tiny stalls in which sows are housed while pregnant. Animal rights advocates have singled out the crates, known as sow stalls, as inhumane.

Mr. Icahn told The Wall Street Journal this month that the company’s pork producers were moving sows only once they are four to six weeks into their 16-week pregnancies. He said his campaign was inspired by his daughter, a vegetarian animal lover.

A press officer for Icahn Enterprises did not immediately respond to a request for comment.

“Mr. Icahn’s stated focus in making this nomination relates to a narrow issue regarding the company’s pork commitment, which the Humane Society U.S. has already introduced through a shareholder proposal,” McDonald’s said in a statement on Sunday. “This is an issue on which McDonald’s has been a leader.”

McDonald’s contends that Mr. Icahn’s demands are unreasonable given the current pork supply in the United States. And it cited what it said were inconsistencies with Mr. Icahn’s other investments, pointing to his majority ownership in a pork and poultry packer and supplier, Viskase, through his holding company Icahn Enterprises.

“Mr. Icahn’s ownership provides him with unique exposure to the industrywide challenges and opportunities in migrating away from gestation crates,” McDonald’s said.

“Thus, it’s noteworthy that Mr. Icahn has not publicly called on Viskase to adopt commitments similar to those of McDonald’s 2012 commitment.”

McDonald’s sources roughly 1 percent of all U.S. pork production, it said, and does not own any sows, or produce or package pork in the country. By the end of this year, McDonald’s said, it expects to source 85 to 90 percent of its U.S. pork from sows not housed in gestation crates during pregnancy. By the end of 2024, it said, it expects that all of its U.S. pork will come from sows housed in groups during pregnancy.