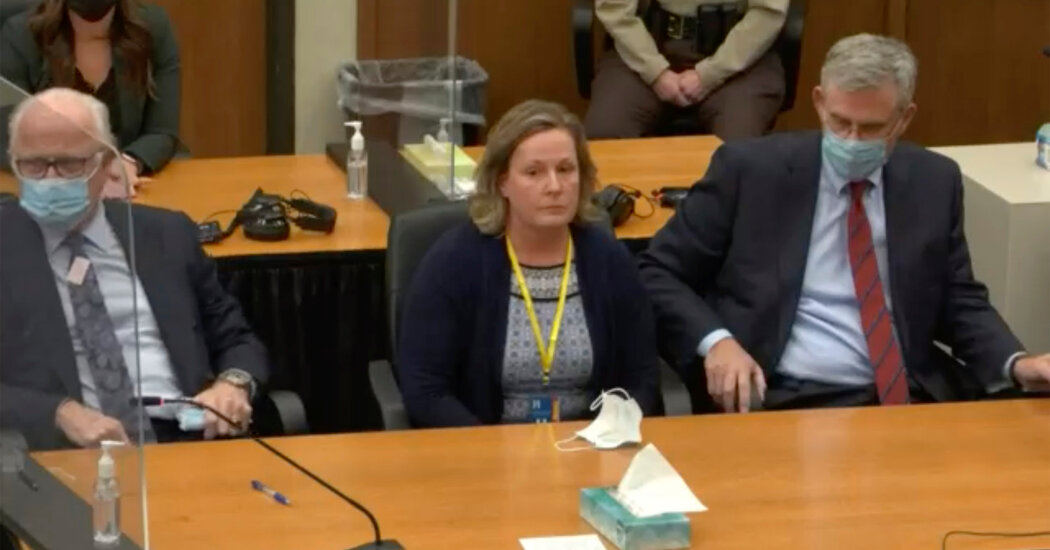 In the defense’s closing argument, Earl Gray, a lawyer for Ms. Potter, said Mr. Wright had “caused his own death” by trying to flee from the police. He also said Ms. Potter should not be imprisoned for an accident.

“This lady here made a mistake, and, my gosh, a mistake is not a crime,” Mr. Gray said.

Tim Gannon, the previous chief of the Brooklyn Center police, testified that Ms. Potter had not broken his department’s rules.

Mr. Gannon, who testified for the defense and said he had been forced to resign because he refused to fire Ms. Potter for the shooting, said that when he viewed videos of the encounter, he saw “no violation — of policy, procedure or law.”

For a week after the shooting, thousands of people gathered outside of the Brooklyn Center Police Department, grilling food and providing groceries to nearby residents by day and throwing water bottles and other objects at a line of police officers come nightfall. The police made hundreds of arrests and fired an array of projectiles, including foam bullets, canisters of smoke and pepper spray that made it difficult to breathe.

During the trial, Ms. Potter’s husband, a retired police officer, sat in the courtroom for much of the testimony, as did Mr. Wright’s mother, Ms. Bryant, who often cried quietly in court as videos of her son’s death were shown to jurors.

On the first day of the trial, Ms. Bryant testified that her son had called her when the police had pulled him over, but that the line had gone dead seconds before he began to struggle with officers. Ms. Bryant said she raced to the scene, where she saw a white sheet that covered everything except for her son’s familiar tennis shoes.