Did You See What Big Bird Tweeted? 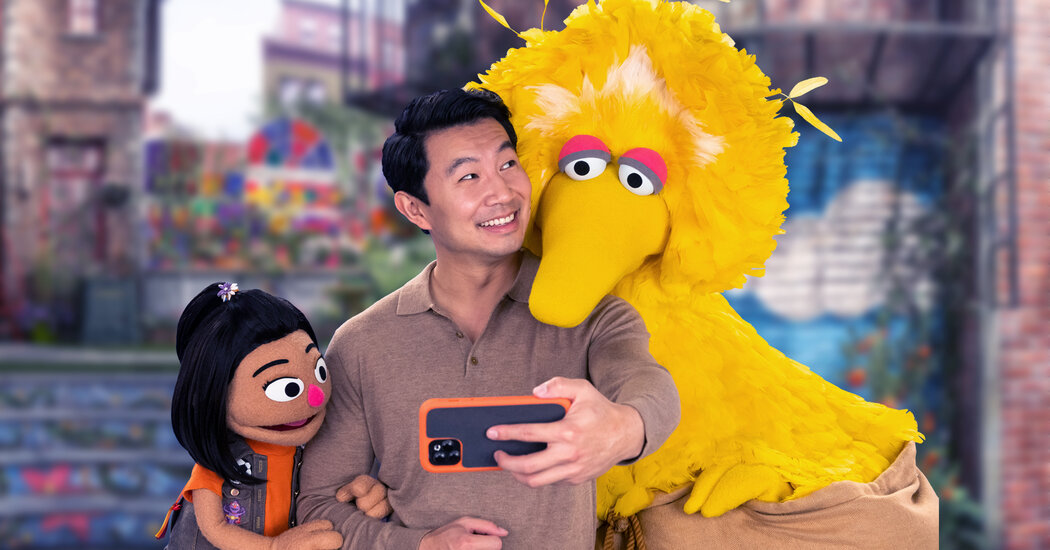 Ted Cruz fighting with Big Bird on Twitter was not on our 2021 Bingo card.

Yet the Texas senator’s tweet, calling the “Sesame Street” character’s November announcement about getting the Covid-19 vaccine “Government propaganda…for your 5 year old” provided a clear example of a contemporary phenomenon: It’s getting harder for people to distinguish real-life characters from fictional ones.

For Aaron Bisman, vice president of audience development at Sesame Workshop, that might seem like a testament to hard work. He oversees all of the “Sesame Street” social media accounts (eight on Facebook, nine on Twitter and one on Instagram), each of which mirrors the characters on the long-running children’s program and shares messages that are aligned with the show’s mission of making viewers smarter and kinder.

“We knew our character accounts were powerful voices to educate,” Mr. Bisman said. But deciding when and how to leverage each one involves careful consideration.

It made sense for Big Bird to talk about getting the Covid vaccine, for instance, because he has “a lot of joy but a bit of anxiousness,” Mr. Bisman said. Elmo also tweeted about vaccination, but not from personal experience. (He’s perpetually 3 and a half years old — too young to be eligible, but apparently old enough to go skiing with Lil Nas X.) Bert was able to post about casting a vote in the 2020 presidential election as he’s a bit older. Plus, Mr. Bisman said, he seems like someone committed to civic duty.

These sorts of extrapolations about characters and their motivations are no longer limited to the realm of writers’ rooms and social strategy meetings. Now just about everyone talks about fictional beings as if they were living, breathing entities who walk — and post — among us. Throughout the pandemic, fans began to engage more in what are known as parasocial relationships with the stars of their favorite shows, as screen time spiked and viewers sought out comfort TV. On social media, characters with blue checks who post regularly have only fueled that behavior.

Mr. Bisman said the “Sesame Street” accounts are focused on “leveraging the love and nostalgia” that people have for the show, which began airing in 1969 and has been a part of three generations’ lives. (Meanwhile, the oldest of the accounts have been around for a decade.) “We think about building relationships,” he said, “because that’s what’s expected of any brand out in the world today.”

The “Gossip Girl” reboot on HBO Max, which debuted this summer, has a similar aim: Based on a show that wrapped nearly 10 years ago, the series had a built-in audience of former fans who still reference scenes in their own social media posts, and it also has a new generation of viewers to reach.

While the original show ended just before the explosion of social media, the writers, executive producers and directors agreed it would play a much bigger part in the reboot — not just in the show’s plot, but also as an extension of it. The official “Gossip Girl” social media accounts, as well as the characters’ own, were a way to “reward” viewers “for staying in that world,” said Anthony Cain, the director of social for HBO Max.

Five people at HBO Max are dedicated to running the “Gossip Girl” social accounts, along with several employees at Ralph, an external creative agency. The posts closely follow the story line of each character.

“Gossip Girl” also has a team that makes sure the characters’ phone screens appear realistic in each episode. This includes Instagram feeds, tweets and Venmo transactions — all of which are made using prototyping software — as well as a Google Sheet with tips sent to the Gossip Girl account on the show (hundreds of them, written by Matthew K. Begbie, a script coordinator on the show, and Eleanor Laurence, a scripted social media supervisor).

The characters have an active presence on other social networks, too. Akeno “Aki” Menzies, an introverted film buff, has an account on the movie-reviewing site Letterboxd, run by Mr. Begbie, Joshua Safran, the “Gossip Girl” showrunner, and Eric Eidelstein, a writer on the show. (Shortly after the movie “The Humans” came out, Aki’s account on Letterboxd published a review of the film that referenced the Thanksgiving episode of “Gossip Girl,” blending real and fictional universes.)

Two other characters, Audrey Hope and Zoya Lott, are on Goodreads. The fanfare over Audrey’s account surprised Mr. Begbie; while there was “clamor,” as he put it, from fans over what she was reading, he didn’t expect it to become, at one point, the most-followed account on Goodreads (it’s currently No. 17). Zoya’s account came after fans started asking for it.

Mr. Begbie said that running the accounts feels like “an extended game of playing pretend.” Fans play along too, addressing the accounts by the characters’ names when sending private messages to recommend films and books. “Consumers are feeling these accounts are authentic,” Mr. Cain said. He added: “They love this world, they want to stay in this world.”

Peter B. Gregg, an associate professor of emerging media at the University of St. Thomas, echoed that point. “Our minds don’t treat parasocial contact as that different from interpersonal contact,” Dr. Gregg said. As these shows give us “a special window into their world,” he said, viewers come to feel like they know the characters.

“We all know these characters aren’t real,” Mr. Bisman said. But even Ted Lasso, whose Twitter account is just as unrealistically upbeat as his character on the Apple+ show, has fans thanking him for the inspirational quotes.

“Getting people to form parasocial relationships with characters is a good way to get them to return to the content,” Dr. Gregg said. Ahead of Season 2, the “Gossip Girl” team plans to reveal a few more tricks. But, Mr. Begbie said, referring to one of the show’s heartthrobs, “I don’t think we’ll see Max on Scruff anytime soon.”