Does It Matter if I Eat the Stickers on Fruits and Vegetables? 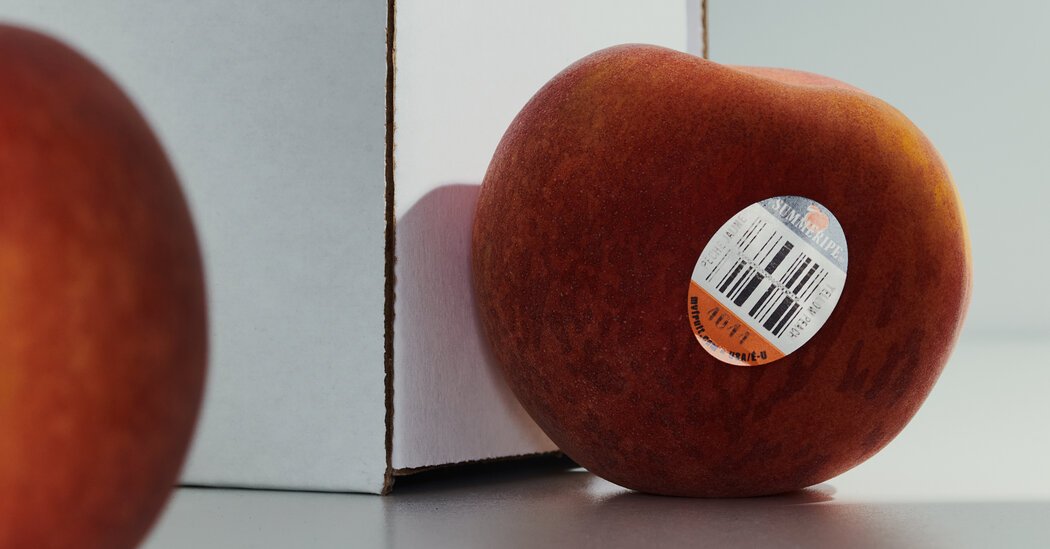 I keep finding myself biting into an apple or a peach, only to find I’ve eaten half the sticker the store put on there. Is there any harm in eating produce stickers?

While the stickers that get placed on fruits and vegetables won’t cause you any harm, it’s probably best to remove them before eating.

PLU stickers, which stands for “Price Look Up,” serve an important function in grocery stores: telling the clerk how much to charge for that item. In the United States, about half of fresh produce doesn’t arrive in packaging, so the sticker is the main source of information on what type of produce it is and how it was grown. (Stickers that start with the numbers 3 or 4 mean the item was grown conventionally, and those starting with 9 indicate the item was grown organically.)

“Because produce stickers have contact with food, the intended use of these stickers is the subject of premarket approval by the Food and Drug Administration, to ensure that any substances that may migrate to food from the use of the sticker is safe,” said a spokeswoman for the agency in an email. “As these stickers are intended to be removed before consumption of produce, the F.D.A.’s review does not include the exposure that would result from regular consumption of these labels. However, as these substances are of low toxicity, any exposure from the occasional, unintentional consumption of a sticker would not be expected to be a health concern.”

There are three main components to the sticker, according to Ed Treacy, vice president of supply chain and sustainability for the Produce Marketing Association (PMA), the organization that invented the produce sticker system decades ago. There’s the ink, which spells out the PLU number; there’s the substrate it’s printed on (typically plastic, plastic composite or paper); and there’s the adhesive, which makes it stick. “All three of those have to be safe for humans,” Mr. Treacy said.

Though the stickers are edible, they have no flavor and no nutritional value. And there is an environmental downside to not removing them before discarding skins, peels and other parts that you don’t eat: Produce stickers are not home compostable, so they won’t break down in the compost.

When it comes to making the stickers biodegradable: “That is a challenge that our industry is spending a lot of time, effort and money trying to solve,” Mr. Treacy said. “The challenge is the adhesive” — finding something that is sticky enough to stay stuck to the fruit or vegetable throughout the entire supply chain.

“For something to be compostable, it has to be made out of natural ingredients — something that was once alive and is now dead,” said Jean Bonhotal, director of the Cornell Waste Management Institute. She explained that every time you forget to remove the label before tossing your banana peel, avocado skin or orange peel in your countertop compost bin, those stray stickers contaminate the compost with tiny microplastics that, in turn, contaminate the soil where that batch of compost gets dropped.

Just one more reason to remove the sticker and place it in the trash before enjoying your fruits or vegetables.