‘Drive My Car’ Review: A Director Takes Your Heart for a Spin 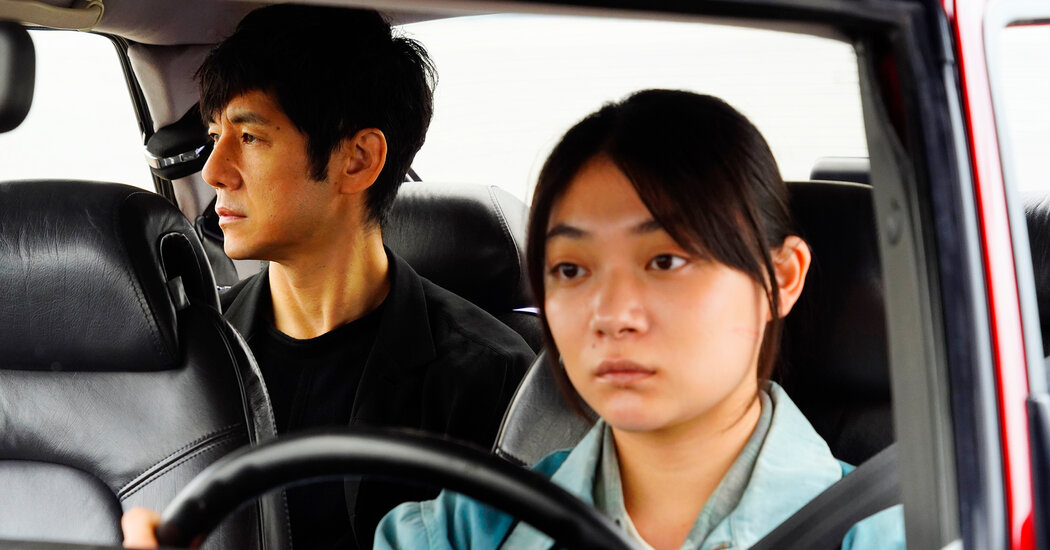 “Drive My Car” sneaks up on you, lulling you in with visuals that are as straightforward as the narrative is complex. The camerawork is unflashy to the point of near-plainness though all the parts — the people, interiors, landscapes — look good, recognizably so. The movie is well-lighted and cleanly edited and, for the most part, unembellished with flourishes that might draw attention away from the story. This unforced minimalism only makes the bold strokes more pronounced: a surprising superimposition, say, or the chromatic jolt of the red car in snow. And then there are the paired images of Oto’s reflection in a mirror. In the first, she is alone as she walks by it; in the next, Yusuke is, unbeknown to her, gazing at her reflection as she has sex with another man.

How Yusuke sees Oto for who she is and how, in turn, he sees himself is a thread that gracefully winds through the movie to the final sections, in which the narrative center of gravity shifts from Yusuke to Misaki, affecting both characters deeply and bringing “Drive My Car” to its shattering close. By the time you get there — at this point, I should mention the movie runs three effortless hours — everything seems imperceptibly blurred, the divide between onstage and off, as well as the different roles that everyone plays in their personal and professional lives. They all have played them to perfection partly because these roles are also who they are: husband, wife, lover, driver.

Hamaguchi’s touch — delicate, precise, restrained, gentle — overwhelms in increments. His reserve is essential to his visual and narrative approach but also feels like a worldview. Things happen, though often quietly, creating a flowing, crystalline ordinariness that, in its very naturalness and in its lack of dramatic inflection, strengthens the realism. He keeps tears and drama in check, letting emotion seep in after the heavy blow and in the meaningful silences which, like the negative space of a painting, complete the picture. In time, all that feeling becomes an inundation in a movie that formally embraces and perfectly distills Chekhov’s observation that “When a man spends the least possible number of movements over some definite action, that is grace.”