How Accurate Are At-Home Covid Tests? Here’s a Quick Guide 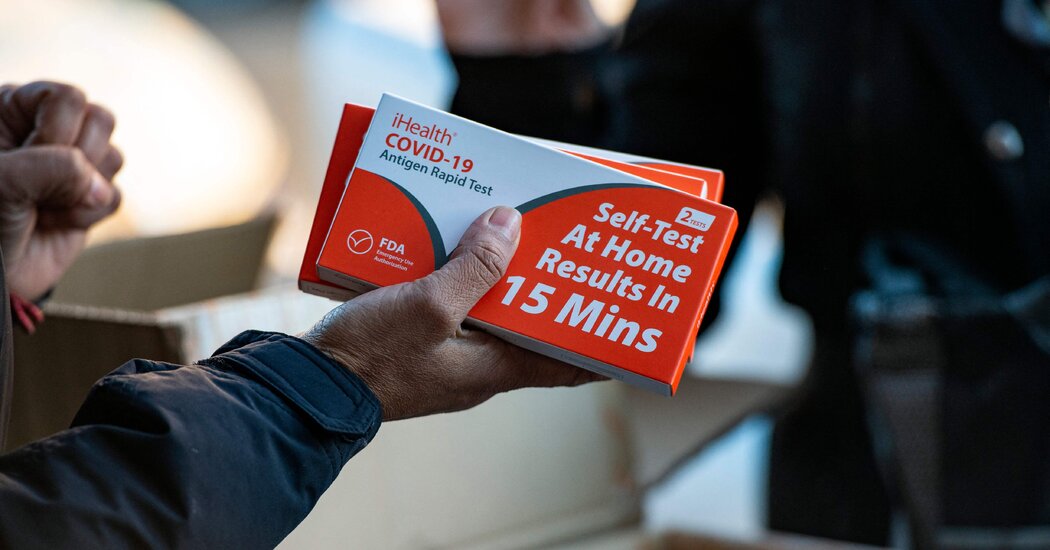 In the early months of the pandemic, getting a coronavirus test typically required visiting a health care center, a laboratory or a dedicated testing site, a process that sometimes involved long lines and waiting a week or more to get the results.

Americans can now take rapid antigen tests from the comfort of their own homes. Many of these tests are available without a prescription and return results in just 15 minutes.

Demand for the tests has surged in recent months, as the highly infectious Delta variant has spread and schools and offices have reopened; now the even more infectious Omicron variant has arrived. “All the manufacturers are ramping up production, but right now they can be hard to find,” said Gigi Gronvall, a testing expert at Johns Hopkins University.

Although rapid antigen tests have their limitations, they are an important public health tool, experts said, particularly if you know how to use them.

“Having that information and being able to make better decisions is very powerful,” said Mara Aspinall, an expert in biomedical diagnostics at Arizona State University who is also on the board of directors of OraSure, which makes rapid Covid tests. “And the ability to do this on a while-you-wait basis is something that we couldn’t do a year ago.”

What kinds of tests are available?

A handful of rapid antigen tests are available without a prescription, including the Abbott BinaxNOW, the Ellume Covid-19 Home Test and the Quidel QuickVue At-Home Covid-19 Test. Prices start at about $7 per test, although President Biden has announced plans to reduce prices by roughly one-third.

All three detect small viral proteins, called antigens. The tests require rubbing a shallow nasal swab inside your nostrils and then exposing the swab to a few drops of chemicals. They provide results in about 15 minutes.

The tests themselves are fairly straightforward, but each one involves a slightly different procedure, which should be followed to the letter. “If you’re doing at-home tests, you must read the instructions and follow them meticulously,” said Dr. Patrick Godbey, a former president of the College of American Pathologists.

Ms. Aspinall concurred. “This is not the time for creativity,” she said.

How accurate are rapid antigen tests?

Polymerase chain reaction tests, which have typically been considered the gold standard for detecting the virus, are typically performed in a laboratory and involve making many copies of the virus’s genetic material. That process helps P.C.R. tests to detect even minute traces of the virus.

Rapid antigen tests, which do not amplify the virus, are less sensitive than P.C.R. tests. If you take one during the earliest phase of an infection, before the virus has replicated widely, the test could return a false negative.

Some of the at-home rapid antigen tests have an overall sensitivity of roughly 85 percent, which means that they are catching roughly 85 percent of people who are infected with the virus and missing 15 percent. In some studies, their real-world performance has been even lower.

But the tests are more sensitive in people with symptoms than without and are most sensitive during the first week of symptoms, studies have found.

And antigen tests are excellent at flagging people who have high viral loads — and who are thus most likely to be actively transmitting the virus to others, experts said.

“The more virus you have in your nose, the more virus you’re breathing out into the air, and the more virus other people can then breathe in,” Dr. Gronvall said. “The tests are very accurate, and correlate very well with P.C.R., when people are most infectious.”

Using the tests repeatedly — to routinely screen students for the virus, for instance — can compensate for their lower sensitivity. In one recent study, researchers found that when they tested infected college students and employees every three days, rapid antigen tests successfully identified 98 percent of infections, on par with P.C.R. tests.

When and how should I use them?

Rapid at-home antigen tests are a good option for people who have been exposed to the virus, who want to know whether a sore throat is Covid-19 or just a cold, or who want a little bit of extra assurance before visiting a vulnerable relative or after traveling to a virus hot spot, experts said.

People with symptoms can take a rapid antigen test immediately, experts said, but those who have had a known exposure to the virus should wait three to five days before doing so. Testing too soon, before the virus has had a chance to replicate, increases the odds of a false negative.

“And that is a critical, critical piece,” Ms. Aspinall said. “There are a lot of people taking a plane, getting off the plane and saying, ‘I’m negative — I can go visit Grandma.’”

Some businesses, travel authorities and other organizations may not accept the results of at-home tests when proof of a negative test result is required, however.

I tested negative. Now what?

Rapid antigen tests work best when they are used serially. If you test negative after a possible or known exposure to the virus, or after developing symptoms of Covid-19, you should take a second test a day or two later, experts said.

“Tests are a moment in time,” Dr. Gronvall said. “You don’t know the day or the hour” that the virus “breached your immune defenses and took up residence.”

But until the tests are cheaper and more readily available, it may be difficult to persuade people to use them frequently, she noted. “We definitely need more tests on the market, and we need them to be lower cost,” Dr. Gronvall said.

I tested positive. Now what?

Rapid antigen tests are highly specific, which means that they generate relatively few false positives. However, a positive result is more likely to be a false positive when the prevalence of the virus is low; in these instances, people may want to take a second test. (The Centers for Disease Control and Prevention recommends lab-based molecular tests, like a P.C.R. test, for confirmatory testing.)

But experts recommended not waiting for the results of a second test to begin taking precautions. If you test positive, you should isolate yourself, monitor your symptoms and seek medical care if necessary.

“If we don’t report tests accurately, we still won’t have a good idea of the actual caseload — how many people are running around that might be contagious, that might be passing this along to other folks,” Dr. Godbey said.