How Covid Did Away With the Sick Day 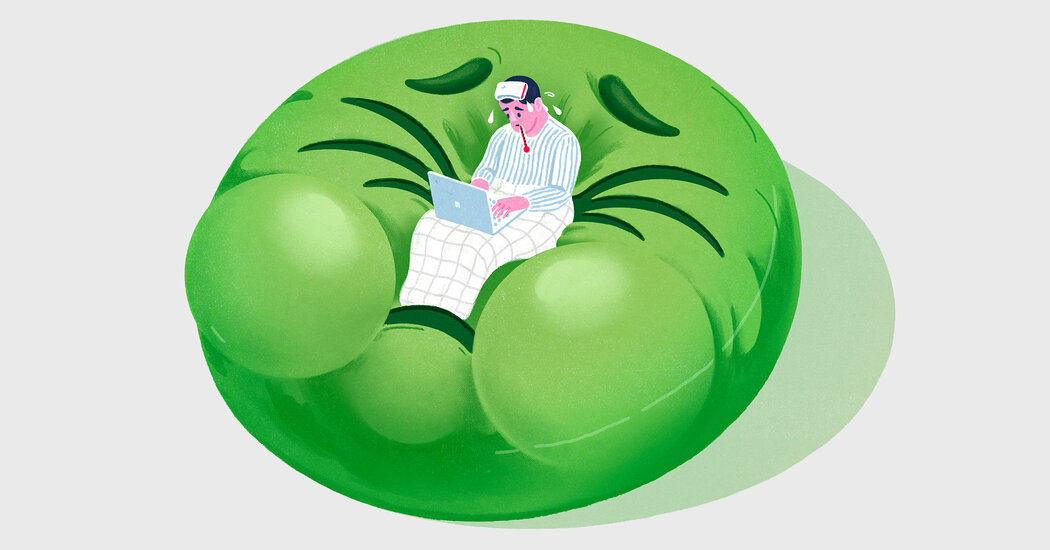 Many workers find themselves, consciously or not, mimicking the way their bosses behave. They witness managers answering emails from bed, and feel they should do the same.

So some bosses are taking a firmer line on using their leave. Jim Canales, head of the Barr Foundation, a philanthropic organization focused on arts, education and climate, got Covid about a month ago. Mr. Canales spent the past two years urging his team to take care of themselves, and he knew that working through his illness would undermine that message. He sent out a morning email to his staff noting that it was Friday the 13th, Mercury was in retrograde and he had tested positive for Covid — and wasn’t planning to be available for meetings or emails.

“I can’t preach a message of self-care for two years and then behave in a different way,” he said.

Mr. Canales refashioned his organization’s sick leave policies during the pandemic, with the aim of encouraging employees to actually make use of their time off. He relabeled sick days as health days, so workers know they can be used to take care of family members, too. That health leave was also made unlimited, so nobody felt the pressure to save it up for the future.

But even as some employers are encouraging workers to use their time off, many others are dropping benefits introduced during the pandemic. This spring, Amazon announced a return to its prepandemic sick leave. Walmart stopped offering emergency paid leave for most of its workers with Covid at the end of March, instead asking employees to use their regular bank of paid time off and sick days.

Some argue the disappearance of sick days is preventing them from making full recoveries. Angela Lewis, who works at a speakers bureau, tested positive for coronavirus last month, along with the rest of her household. Her son stayed home from school and her husband, who is self-employed, slept. Ms. Lewis, meanwhile, dropped a note in Slack to say she had Covid and then forged through her standard workweek, though her congested head felt like it weighed 100 pounds.

“Some people kind of have a badge of honor, like ‘Yeah, I worked through it, it was fine,’” she said. “Ultimately, I could say I did the same.”