Jay Last, One of the Rebels Who Founded Silicon Valley, Dies at 92 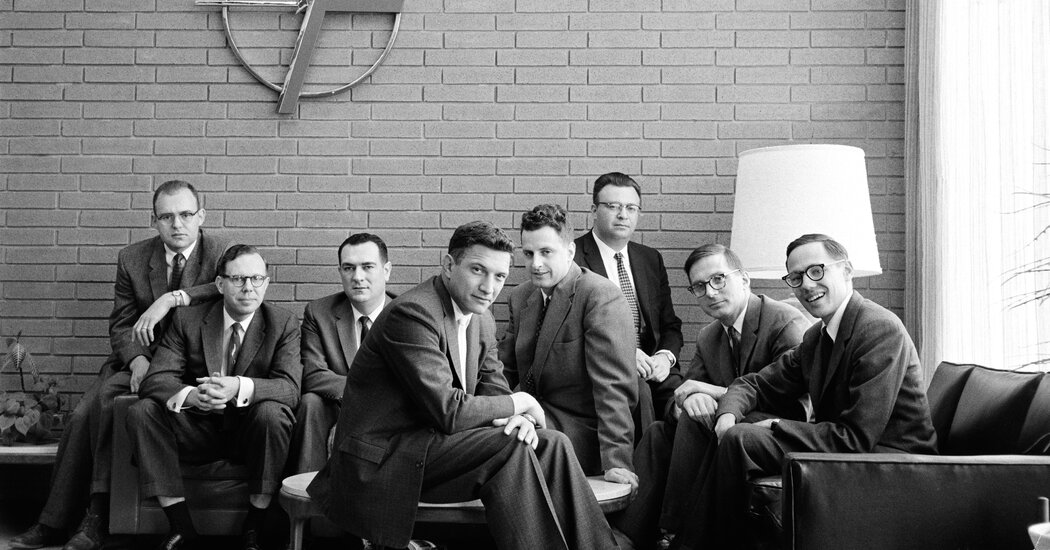 Jay Last, a physicist who helped create the silicon chips that power the world’s computers, and who was among the eight entrepreneurs whose company laid the technical, financial and cultural foundation for Silicon Valley, died on Nov. 11 in Los Angeles. He was 92.

His death, in a hospital, was confirmed by his wife and only immediate survivor, Debbie.

Dr. Last was finishing a Ph.D. in physics at the Massachusetts Institute of Technology in 1956 when he was approached by William Shockley, who would share a Nobel Prize that same year for the invention of the transistor, the tiny electrical device that became the essential building block for the world’s computer chips. Dr. Shockley invited him to join a new effort to commercialize a silicon transistor at a lab near Palo Alto, Calif., about 30 miles south of San Francisco.

Dr. Last was awed by Dr. Shockley’s intelligence and reputation, but unsure about the job offer. Ultimately, he agreed to join the Shockley Semiconductor Laboratory because it sat in the Northern California valley where he had spent a summer harvesting fruit after hitchhiking there from his home in Pennsylvania steel country.

But he and seven of his collaborators at the lab clashed with Dr. Shockley, who later became infamous for his theory that Black people were genetically inferior in intelligence to white people. They quickly left the lab to create their own transistor company. They later came to be called “the traitorous eight,” and their company, Fairchild Semiconductor, is now seen as ground zero for what became known as Silicon Valley.

At Fairchild, Dr. Last led a team of scientists who developed a fundamental technique that is still used to manufacture computer chips, providing the digital brains for billions upon billions of computers, tablets, smartphones and smartwatches.

“There was nothing more important than Fairchild Semiconductor to the Silicon Valley experience as we know it today,” said David C. Brock, a curator and director of the Software History Center at the Computer History Museum in Mountain View, Calif. “Many of the dynamics that still persist were crystallized by the founders of Fairchild, and Jay was right in the middle of it.”

Jay Taylor Last was born on Oct. 18, 1929, in Butler, Pa. His father, Frank, a German immigrant, and his Scotch-Irish mother, Sarah, had met when they were two of the three teachers at a high school in Ohio. After they married, Frank Last felt he could not support a family on a teacher’s salary, so they moved to Pennsylvania, where he went to work in the new Butler steel mill, not far from Pittsburgh.

Jay Last grew up in Butler before making his first pilgrimage to the West Coast when he was 16. With the blessing of his parents — and carrying a letter from the local police chief saying he was not running away from home — he hitchhiked to San Jose, Calif., which was then a small farming town. He had planned on making a little money picking fruit, but he arrived before the harvest began.

Until it did, he lived, as he often recalled in later years, on a nickel’s worth of carrots a day. Whenever he faced a difficult situation, he said in an interview for the Chemical Heritage Foundation (now the Science History Institute) in 2004, he told himself, “I got through that when I was 16, and this is not that bad a problem.”

At the suggestion of his father, he soon enrolled at the University of Rochester in New York State to study optics — the physics of light. During summers back home in Pennsylvania, he worked at a research lab that served local plate-glass manufacturers.

Fulfilling a promise he had made to himself as a teenager, he went on to get his doctorate at M.I.T., before returning to Northern California and joining the Shockley lab. But he chafed at Dr. Shockley’s overly attentive and controlling style of management.

“I was a laboratory assistant, and that’s the way he was working with everybody,” he remembered in 2004. “There was no such thing as everybody getting together in a seminar and discussing what we were doing.” After about a year, he and his colleagues left to form Fairchild Semiconductor.

Using materials like silicon and germanium, Dr. Shockley and two other scientists had shown how to build the tiny transistors that would one day be used to store and move information in the form of an electrical signal. The question was how to connect them together to form a larger machine.

After using chemical compounds to etch the transistors into a sheet of silicon, Dr. Last and his colleagues could have cut each one from the sheet and connected them with individual wires, much like any other electrical device. But this was enormously difficult, inefficient and expensive.

One of the founders of Fairchild, Robert Noyce, suggested an alternative method, and this was realized by a team Dr. Last oversaw. They developed a way of building both the transistors and the wires into the same sheet of silicon.

This method is still used to build silicon chips, whose transistors are now exponentially smaller than those manufactured in the 1960s, in accordance with Moore’s Law, the famous maxim laid down by another Fairchild founder, Gordon Moore.

With Dr. Last’s death, Dr. Moore is the last surviving member of the “traitorous eight.”

The leaders of Fairchild Semiconductor would go on to build several other chip companies, including Intel, co-founded by Dr. Moore, and Amelco, co-founded by Dr. Last. The company’s founders and employees would also create some of the leading Silicon Valley venture capital firms and personally invest, as Dr. Last did, in many of the companies that sprouted up in the region over the decades.

Dr. Last retired from the chip business in 1974 and spent the rest of his life as an investor, an art collector, a writer and an amateur mountain climber. His collection of African art was donated to the Fowler Museum at the University of California, Los Angeles, and his trove of California citrus-box labels — an echo of his teenage summer in Northern California — is now at the Huntington Library, Art Museum and Botanical Gardens in San Marino, Calif.

As Dr. Last was finishing his Ph.D. in 1956, he was asked to take over as head of the glass lab back in Butler, Pa., where he had worked during the summers. It seemed like a promising opportunity.

“I went and told my parents,” he remembered. “My mother said, ‘Jay, you can do a lot better than that with your life.’”