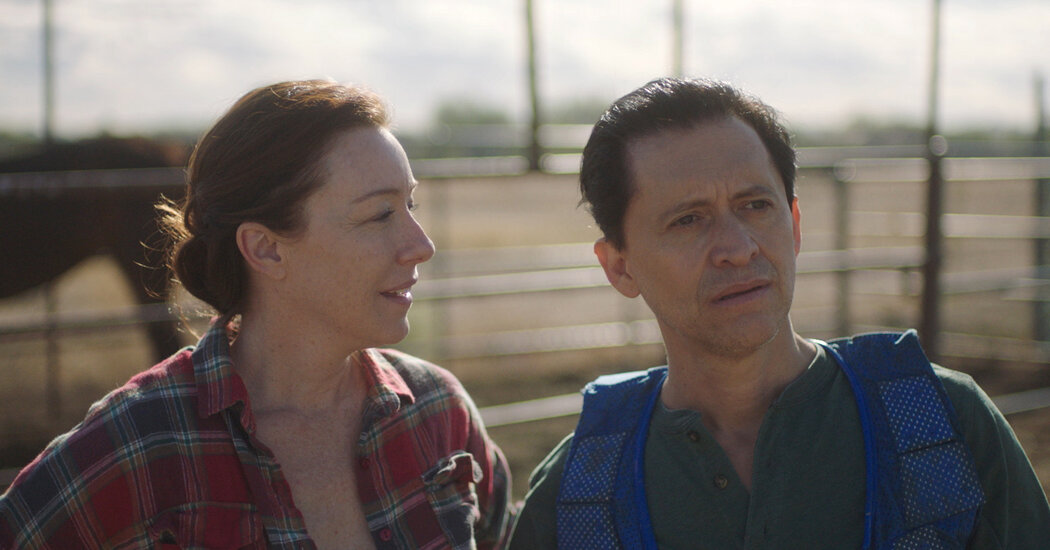 Movies about old warriors often follow a well-thumbed playbook. The hero — often an athlete, though sometimes a soldier, cowboy, outlaw or spy and almost inevitably a guy — wearily shakes off the dust, girds his loins and faces the next, perhaps final chapter. And then he climbs back in the fray, the ring, the saddle. “It’s about how hard you can get hit,” in the words of Rocky Balboa, the patron saint of cinema’s comeback olds, “and keep moving forward.”

The light is beautiful in “Jockey,” an enjoyable old-warrior movie with a surprising sting, even if the bones and story are creaky. By human years, Jackson Silva (Clifton Collins Jr.), who’s meant to be in his mid-40s, isn’t all that aged. By professional racing standards he’s an antique. (The celebrated jockey Gary Stevens came out of retirement twice and even finished second at age 52 in the 2015 Kentucky Derby before retiring for good a few years later.) A well-respected veteran of racing’s lower ranks, Jackson works and broods at Turf Paradise, a (real) track in Arizona where thoroughbreds and quarter horses are stabled, trained and raced amid a hive of trainers, jockeys, grooms and miscellaneous others.

Sentimental yet also trickier and more complex than its gleaming surfaces suggest, “Jockey” is a portrait of a man facing his mortality or at least professional redundancy. Worn out and visibly ragged, Jackson doesn’t look like a man with a wide-open future. He’s suffering from an enigmatic, agonizing malady that affects different parts of his body though mostly his hands, which at times violently tremble, a problem given that a crop is a tool of his trade. He carefully hides his pain, or almost. But there’s no obscuring that he’s carrying some excess weight, too, another liability given that he’s already conspicuously on the tall side for the job.

Movies set against the backdrop of professional horse racing often focus on the ride, not the rider, and the emphasis tends to be less on the animals and more on the struggles and victories of their human handlers: their owners, trainers, and kind or cruel attendants. As its title announces, “Jockey” at once follows that familiar script but also tweaks it by narrowing in on one man and, to a lesser extent, the world that he embodies. At its finest — and with help from nonprofessionals, including real jockeys like Logan Cormier — it brings you into shabby back rooms in which riders pray, bare scars and anxiously, excitedly, wait for the next race.