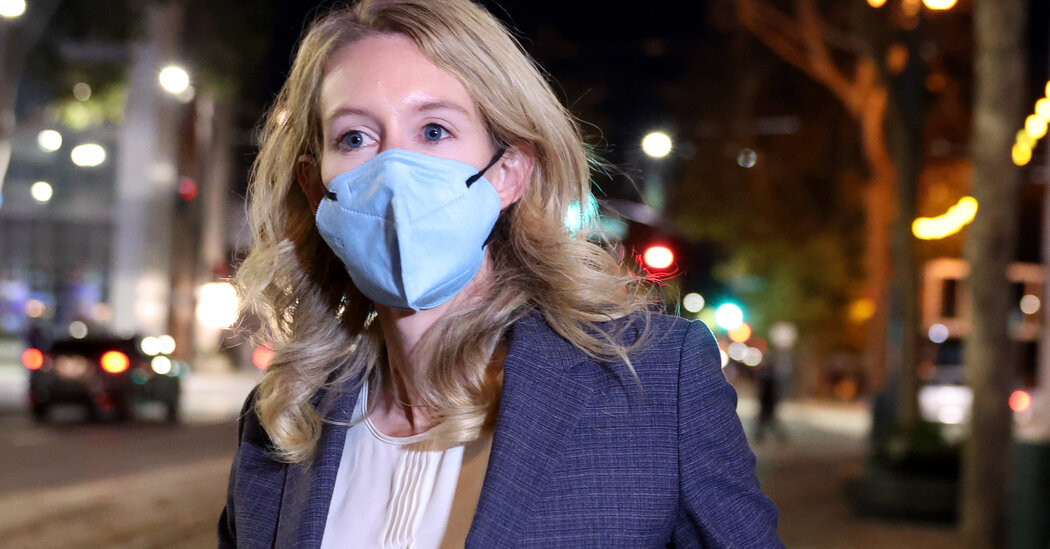 A jury on Monday began deliberating the merits of the fraud trial against Elizabeth Holmes, the entrepreneur accused of lying to investors and patients about her blood testing start-up, Theranos.

Ms. Holmes’s trial has stretched nearly four months, with testimony from dozens of witnesses including scientists, chief executives and a four-star general. The proceedings have come to represent a defining moment for the tech industry and its culture of overly optimistic salesmanship.

The jury of eight men and four women is debating whether prosecutors have shown, beyond a reasonable doubt, that Ms. Holmes committed nine counts of wire fraud and two counts of conspiracy to commit wire fraud while pitching Theranos to investors and patients. Her former business partner and boyfriend, Ramesh Balwani, was indicted alongside her in 2018. Both have pleaded not guilty. Mr. Balwani faces trial next year.

Each of the 11 counts carries a maximum sentence of 20 years in prison, though they would most likely be served concurrently. Deliberations are scheduled for Monday, Tuesday and Thursday.

Ms. Holmes’s case stands out for its rarity: Few tech executives have been indicted over fraud, fewer have gone to prison and even fewer than that have been women.

The case covers more than half a decade of business dealings. Ms. Holmes founded Theranos in 2003, and the start-up went on to raise $945 million from investors such as Rupert Murdoch, the family of former Education Secretary Betsy DeVos and the heirs to the Walmart fortune. Theranos conducted more than eight million blood tests on patients.

Ms. Holmes’s rise to the top echelons of the business world was covered breathlessly by the news media, as was her downfall. Theranos collapsed in 2018 after whistle-blowers exposed its problems to The Wall Street Journal and federal regulators. The saga was documented in popular books, podcasts and documentaries; soon it will be featured in scripted shows on Hulu and Apple TV+.

During the trial, Ms. Holmes took the stand for seven days. It was the first time she had publicly told her side of the story. She acknowledged making some mistakes and blamed colleagues for others. She cried while accusing Mr. Balwani of emotional and sexual abuse. He has denied the accusations.

Kevin Downey, Ms. Holmes’s lawyer, said she had not purposely misled investors and patients with her statements. She thought Theranos’s technology worked, Mr. Downey argued, and investors misunderstood statements she made about what Theranos planned to do in the future for what it could do at the time.

“She believed she was building a technology that would change the world,” he said.

Jeffrey Schenk, an assistant U.S. attorney and a lead prosecutor, pointed to evidence showing that Ms. Holmes was aware that Theranos’s tests had accuracy problems and that its business was failing. Ms. Holmes chose to keep the company alive by lying, he said.

​​“She chose fraud over business failure,” he said.