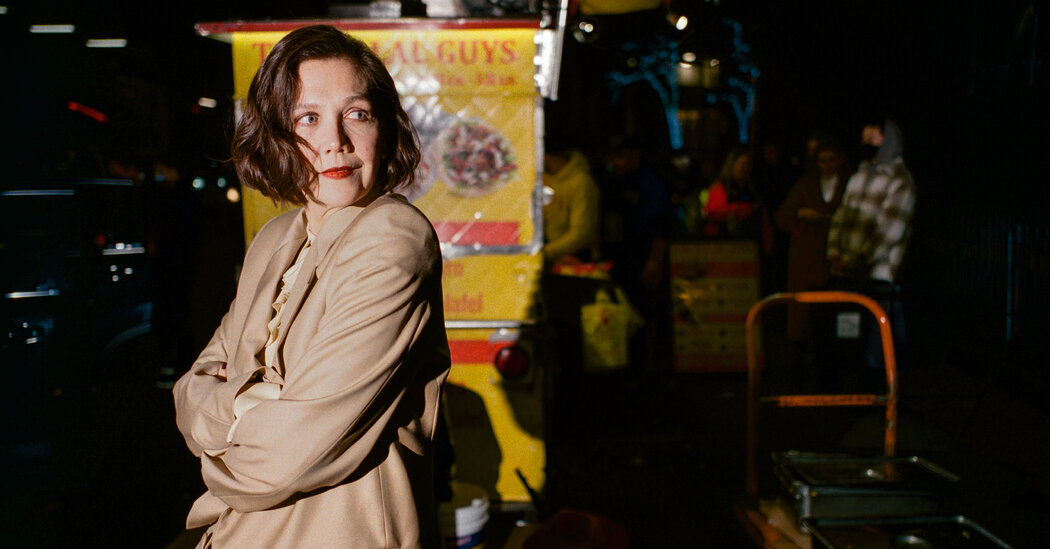 I’m not sure I’ll do that next time. I was on the jury at Cannes this year, probably two or three weeks after I finished my final mix. Looking at some really, really interesting films, I realized, oh, you can do whatever you want if you’re following something truthful and I don’t think I knew that.

What was the hardest part about adapting?

I found that adapting actually used a similar muscle to the one that I have used as an actress in terms of taking a text, whether it’s excellent or has got problems, and figuring out the essence of this piece of material. There are some things that are literal, but they’re so strange. Like the line, “I’m an unnatural mother.” That’s just 100 percent Ferrante, a straight lift, but a lot of people told me, take that line out. I also really did do what [Ferrante permitted] and changed many, many things but I really believe that the script and the film are really in conversation with the book.

Leda is a writer, and showing her ambition in her early years is a big part of the movie. Did you see “Bergman Island” this year? Both movies wrestle with the question of whether you can fully be a woman and an artist at the same time.

I do believe there’s such a thing as women’s writing and women’s filmmaking. There are really interesting feminist women who do not agree with me. I think that when women express themselves honestly, it looks differently than when men express themselves honestly. This is really dangerous to talk about. When I am let loose, given a little bit of money and space to tell the story I want to tell, it’s about motherhood. It is about the domestic, and it does include a lot of scenes in the kitchen. Can stories about the domestic really be seen as high art? Because to me it’s an opera. I do not come from women whose apron strings were tied to the kitchen. My mom is a professional person [Naomi Foner Gyllenhaal is a screenwriter and director], my grandmother was a pediatrician in the ’40s and my great-aunt was a lawyer. I’m educated and I’ve got a professional life, and yet my identification as a mother is a massive part of me.

What was it like to work with Olivia Colman?

Olivia really didn’t like to talk about much. I wonder, actually, if it’s because it was relatively recently that she got power as an actress, if she feels similarly to the way I feel as an actress, which is it’s very rare that somebody values my ideas. They will say they do, but people are irritated by actresses with a lot of ideas. I’m not an idiot, and so I mostly keep them to myself. I remember asking Olivia if she likes to rehearse, and she said, I don’t, actually, and I totally relate to that.