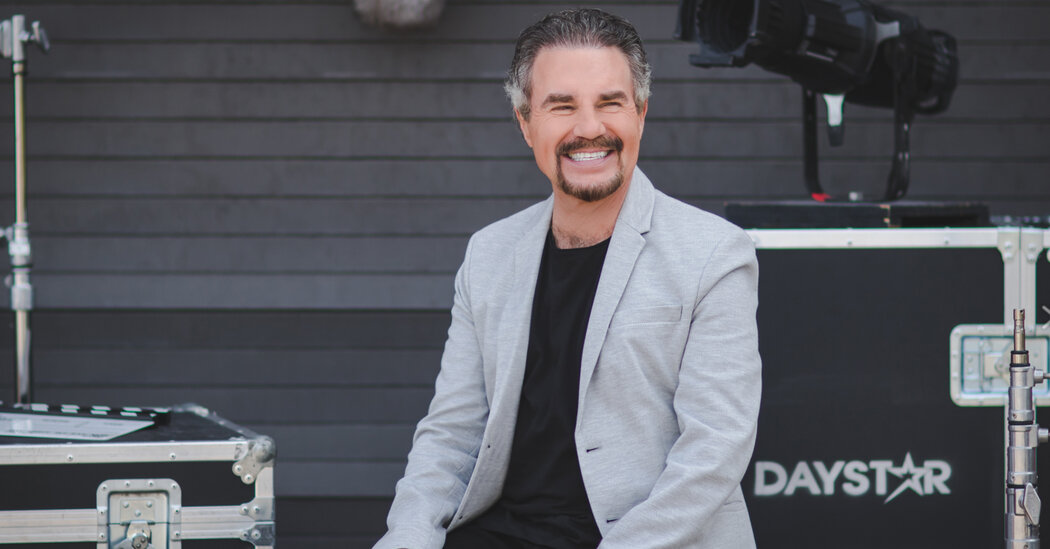 Marcus Lamb, a founder of the Texas-based Christian television network Daystar, who had been dismissive of Covid-19 vaccinations, died on Tuesday after contracting the coronavirus. He was 64.

His wife, Joni Lamb, confirmed his death on “Ministry Now,” the show that she and Mr. Lamb had hosted together. She did not say where he died. Daystar is based in Bedford, Texas, in the Dallas-Fort Worth area.

After contracting the virus, Mr. Lamb, who frequently suggested on the air that people pray instead of getting inoculated, was taken to a hospital when his oxygen levels dropped “all of a sudden,” his wife said in a broadcast on Nov. 18. It was not immediately clear when he had tested positive for the virus.

Daystar Television Network, which the Lambs founded in 1997, did not respond to requests for comment on Wednesday.

“I’m at a loss for words today,” his son, Jonathan, said on Twitter on Tuesday. “My father was promoted to heaven at 4 am this morning.”

As the network’s chief executive, Mr. Lamb hosted his own broadcast as well as the show with his wife. His children regularly appear on the network, which says it reaches more than 108 million households, mostly through cable TV providers.

Daystar broadcasters, including the Lambs, have repeatedly questioned the efficacy of the vaccine. On May 10, the couple’s show included a segment in which the Covid vaccine was falsely said to be “killing your immune system.”

Instead of getting vaccinated, “we can pray, we can get ivermectin and budesonide and hydroxychloroquine,” he said, referring to several drugs that have not been approved for Covid treatment by the Food and Drug Administration. He denounced vaccination mandates for schoolchildren.

On the Nov. 18 show, Ms. Lamb said her husband had contracted the virus after she had. He had diabetes, which exacerbated his symptoms, she said.

Last month, on a Daystar show, Jonathan Lamb said his father’s Covid infection had resulted from “a spiritual attack from the enemy.”

Daystar has taken legal action against vaccination mandates. Last month, the network petitioned the U.S. Court of Appeals for the Fifth Circuit to “set aside” the federal mandate that companies with 100 or more employees require Covid vaccinations. The court stayed the mandate.

Mr. Lamb founded the Word of God Fellowship in Macon in 1981 and married Joni Trammell, of Greenville, S.C., the next year. They then took the ministry on the road, preaching in 20 states, the biography said.

He later started a Christian television station in Montgomery, Ala., and another in Dallas before founding Daystar, the company said.

He was a bishop in the Church of God. In addition to his wife and son, his survivors include two daughters, Rachel Lamb Brown and Rebecca Lamb Weiss.